After landing 2025 outfielder Wesley Bass last week, Georgia Tech Baseball got another talented player to commit from the state of Georgia. Dominic Stephenson, a catcher that plays at Harrison High School, committed to the Yellow Jackets on Tuesday and was added to the class for Georgia Tech.

At 6-1 170 LBS, Stephenson already has an intriguing frame to add to and he should do that by the time he reaches Georgia Tech. He is a talented hitter with room to grow there as well.

Georgia Tech’s ability to send catchers to the MLB had to also be a factor as well for Stephenson. Kevin Parada just went in the first round and there have been plenty of others that have enjoyed success at the next level.

Stephenson is now the fifth commitment for Georgia Tech and the first catcher.

Follow us on social media for the latest with Georgia Tech Athletics!

By Jackson Caudell33 seconds ago

By Jackson Caudell3 hours ago 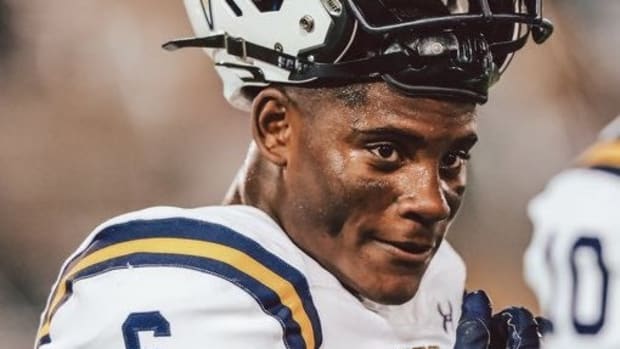 By Jackson Caudell3 hours ago

See all of the latest Georgia Tech News at AllYellowJackets.com

Georgia Tech’s T.K. Chimedza is hopeful for the defense to turn it around in 2022

Washington [US], October 3 (ANI): Some recent reports have claimed that the large camera housing on Apple's iPhone 14 Pro smartphones hinders the … END_OF_DOCUMENT_TOKEN_TO_BE_REPLACED

Hello again everybody and welcome to our live blog with all of the latest financial news coming out of the United States this Sunday, October 2. Our … END_OF_DOCUMENT_TOKEN_TO_BE_REPLACED

October 2022 Listing your home for sale is a marathon, but there are some easy tips and tricks to get ahead of your competition. Some of the easiest … END_OF_DOCUMENT_TOKEN_TO_BE_REPLACED