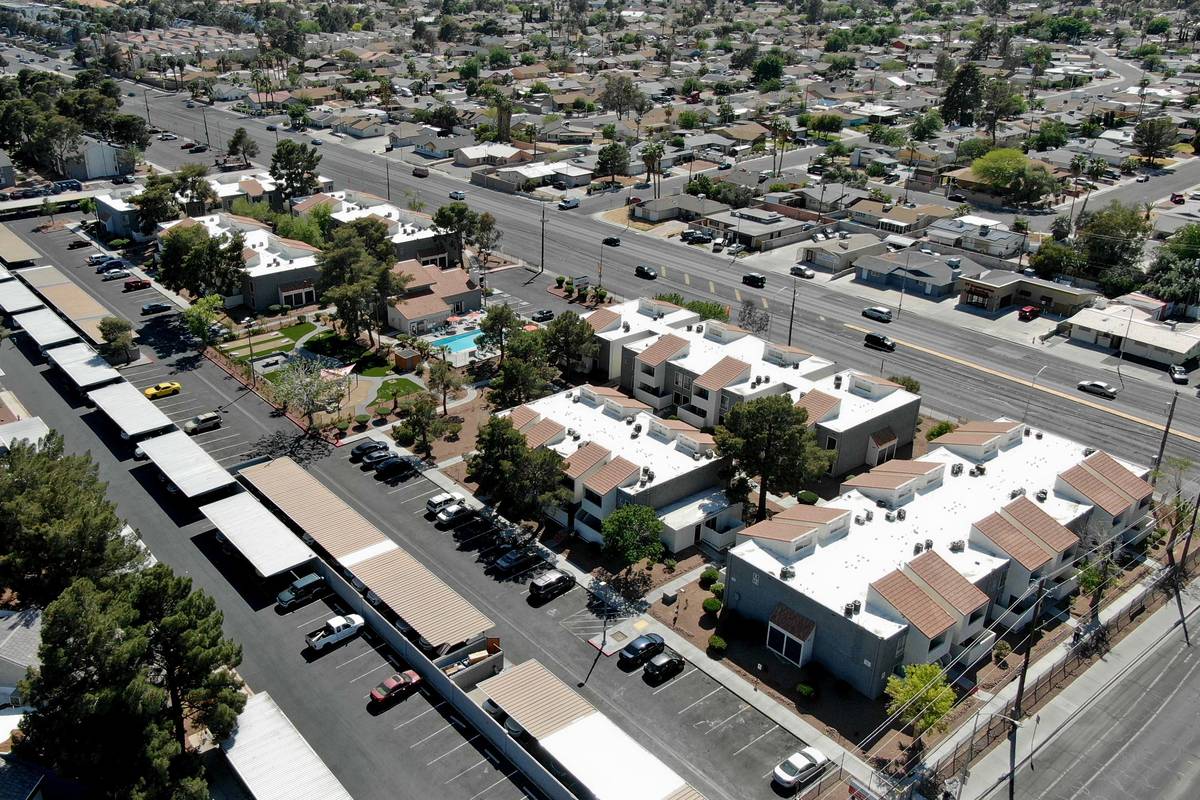 A Utah real estate firm has acquired three Las Vegas apartment complexes for more than $180 million, a big bet on an industry that, like many others, faced plenty of questions after the pandemic hit.

Tower 16 Capital Partners announced Monday that it sold the properties for $182 million combined. It bought them for $112 million in the past few years and spent about $10.3 million on upgrades, the Southern California-based company said in a news release.

It did not name the buyer, but property records indicate that Bridge Investment Group, based near Salt Lake City, acquired the complexes.

A representative for Bridge did not respond to requests for comment.

Before the pandemic, Las Vegas’ apartment market heated up for years with increased construction, lucrative landlord sales, rising rents and tighter vacancies. After the coronavirus outbreak devastated Southern Nevada’s tourism-dependent economy, the rental market by no means collapsed. Many tenants tapped unemployment benefits, stimulus funds or other programs to pay their rent, and government-mandated eviction freezes have kept people in their homes.

“When COVID hit, it was not a good time to be a seller in Las Vegas,” said real estate broker Spence Ballif, an apartment-complex specialist at CBRE Group.

Like other apartment investors in Southern Nevada in recent years, he indicated his firm followed a strategy of sprucing up its newly acquired complexes, raising the rents and keeping the buildings filled.

He said that the three properties’ occupancy rates were in the low- to mid-90s percentage range when Tower 16 bought them, and that they were in the mid- to high-90s when it sold them.

Pruett indicated that his firm – like other landlords in town – worked with tenants on rental payment arrangements after the pandemic hit. He couldn’t confirm what share of his tenants in Southern Nevada lost their jobs but said it mirrored the region overall, as has its recovery.

As of February, the valley’s jobless rate was 9.3 percent, third highest in the nation among large metro areas, federal data shows.

Pruett pointed to the improved economy and said his firm plans to buy more properties here.

‘Telling people not to sell’

Apartment investors snapped up properties for years in the valley before the pandemic, but the tally of deals quickly fell.

Landlords acquired 5,670 units in Southern Nevada last year, down from 22,519 in 2019, according to John Stater, Las Vegas research manager at brokerage Colliers International.

Ballif confirmed that buyers were looking for steep discounts in Las Vegas amid the turmoil, adding that not many landlords unloaded their properties as scientists worked on vaccines to end the pandemic.

“We were telling people not to sell,” Ballif said.

More deals could be on the way. Susy Vasquez, executive director of the Nevada State Apartment Association, said she has heard that investors are interested in buying properties here as people move to Las Vegas from higher-priced markets such as California.

Ballif noted that Southern Nevada’s population kept growing despite huge job losses here, in part because many companies closed their offices after the pandemic hit, letting people work from home without a commute.

Posts on Truth Social in which users call for civil war and advocate for violence against the FBI remained online Friday, some of them days after they … END_OF_DOCUMENT_TOKEN_TO_BE_REPLACED