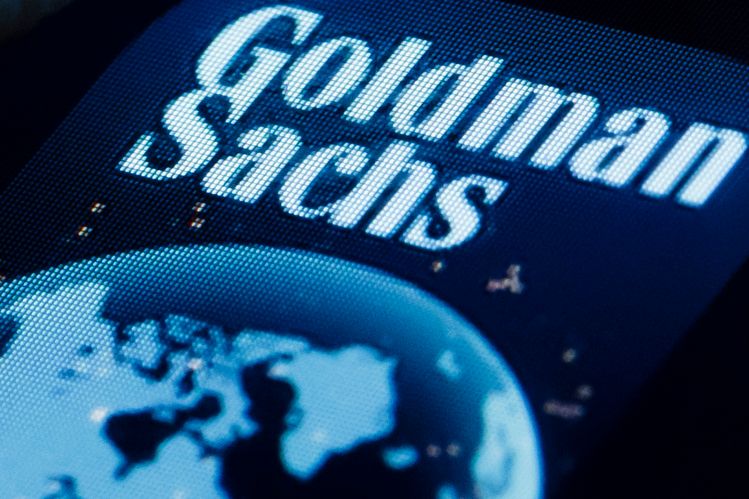 Goldman Sachs will be the top investment bank, Barclays is the one challenger to Wall Street’s dominance and paying big bonuses to traders is no longer a factor for success, according to a sweeping new report by JPMorgan analysts into the future of the industry.

Larger Wall Street investment banks with the financial firepower to invest in technology have taken market share from European and smaller players on the trading floor, and this will continue, according to the report.

The industry overall is less risky, focused on sustainable revenue streams and less prone to the threats from fintech companies than the retail banking space, JPMorgan analysts led by Kian Abouhossein wrote in a 174-page report released on 16 June.

“The investment banking industry, in our view, is in a much better shape today compared to where it has ever been,” the analysts wrote.

A coming golden age for investment banking, which the analysts predict will see 5% growth a year, comes after a period where over 15,000 frontline jobs have been lost since 2012, according to data provider Coalition. Growth will be pinned on ongoing investment in technology and cross-selling to business lines including transaction banking and securities services, JPMorgan’s report said.

The need to pay star traders big bonuses in order to retain talent and stave off the competition is also waning, the report says. Despite a 22% increase in revenues across the sector last year, compensation costs edged up by just 4%.

“[Investment banks] are becoming more machine like with less dependency on human capital. This shift has led to materially better staff cost management,” the report said.

The report comes on the back of a stellar year for investment banks’ trading desks, which have seen huge revenue increases as the Covid-19 crisis spurred market volatility. Wall Street banks have benefited, accounting for 65% of the fixed income market last year compared to 57% in 2012, according to JPMorgan estimates. In equities, European banks’ share of the wallet has shrunk from 46% to 34% over the seven years to 2019.

Goldman Sachs is in the midst of a strategic transformation, moving into new business lines including retail and transaction banking under chief executive David Solomon. It is also investing heavily in technology platforms for its trading business and looking to sell to clients across asset classes under its ‘One Goldman Sachs’ initiative.

The US bank is the top investment bank, followed by Morgan Stanley, the report said.

Goldman has “one of the better IT infrastructures, and has strong client relationships”, as well as a top fixed income, equities and investment banking business, the report said, saying it will become a “disrupter” in investment banking.

JPMorgan and Citigroup, both of which have leading investment banking businesses, were classified as ‘money centre’ banks because of their large retail banking presence.

Among European banks, Barclays is “the most complete player due to its strength in the US”, the report said. The bank continued to invest in its investment bank under chief executive Jes Staley despite pressure from activist investor Edward Bramson to shrink the unit.

The UK lender, BNP Paribas and Deutsche Bank are the “last standing” investment banks in Europe, the report said, with UBS and Credit Suisse likely to focus on “synergies” between their large wealth management unit and investment banking.

Credit Suisse, which has been rocked by scandals including the collapse of family office Archegos Capital and its ties with supply chain finance firm Greensill Capital in recent months, is bottom of JPMorgan’s “pecking order” of global investment banks.

Tough decisions taken by some European investment banks to exit business lines have helped them in key areas of strength, the report added. Deutsche Bank’s 2019 closure of its equities trading business has ensured it is the one European bank challenging US firms in fixed income, it said, while UBS’s huge overhaul of its fixed income unit in 2012 under former investment bank boss, Andrea Orcel, means it is the only non-Wall Street top five player in equities trading.

Despite the growth in the overall industry, JPMorgan analysts warned that revenues will become concentrated among a small group of large investment banks at the expense of those without the ability to invest in technology.

“Tier II IBs with insufficient returns will continue to lose marginal market share due to lower resources to invest in people, trading technology and risk operations to keep pace with the US IBs,” the analysts said.

The University of Plymouth, the AHSN Network and Boehringer Ingelheim, has launched evidence-based recommendations to drive inclusive digital health … END_OF_DOCUMENT_TOKEN_TO_BE_REPLACED

This year’s Rising Stars of Private Equity has been published at a time of great uncertainty for the sector, as the young professionals on our list … END_OF_DOCUMENT_TOKEN_TO_BE_REPLACED

If you know of local business openings or closings, please notify us here.PREVIOUS OPENINGS AND CLOSINGS· Air Products and Chemicals Inc.'s chosen … END_OF_DOCUMENT_TOKEN_TO_BE_REPLACED