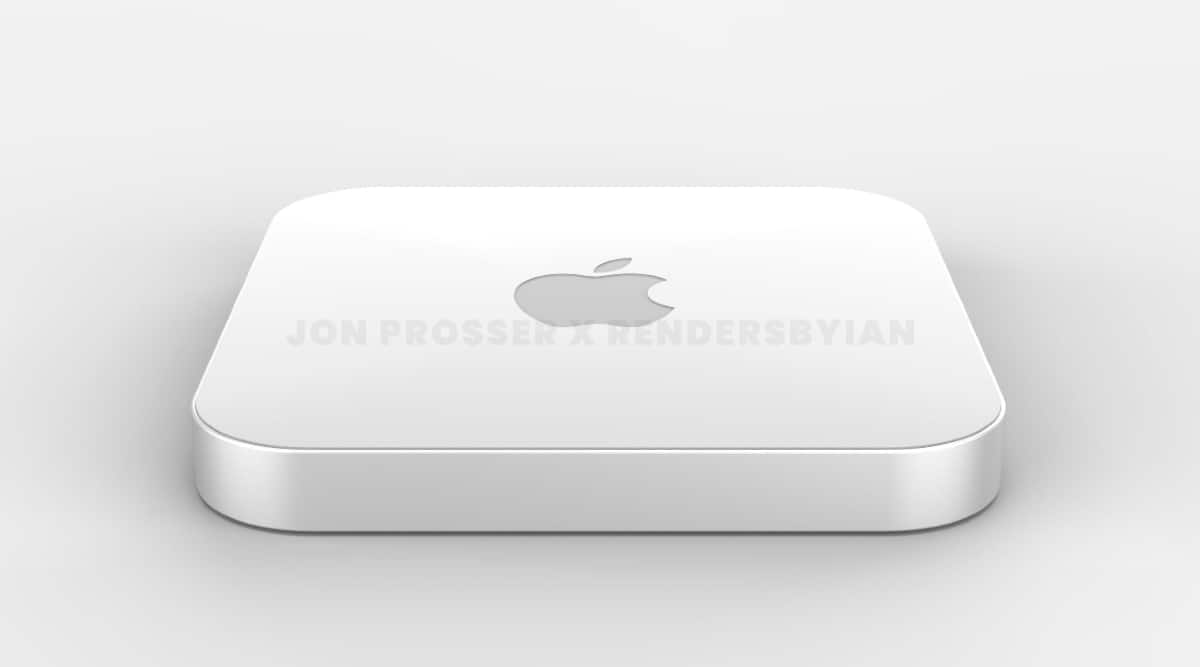 After the iMac, it appears that another Apple product is getting a redesign. That device is none other than the Mac Mini desktop computer. The information comes from YouTuber and leakster Jon Prosser, who says on YouTube in his Front Page Tech regular show that Apple is currently working on a high-end version of Mac Mini. In other words, Apple is finally redesigning the Mac Mini which has the same design since 2010.

This time, the new Mac Mini will have a plexiglass-type material being used for the top surface of the case. Right now, the existing Mac Mini uses an all-metal design and although, approachable and friendly, it’s less playful. Prosser says Apple is testing a two-tone look, similar to how the M1 iMac looks. Also, the new Mac Mini will feature the same magnetic power port that first made its debut with the 24-inch iMac. Besides a reimagined design, the upcoming Mac Mini will feature the same ports currently available on the Intel-based ‌Mac mini‌, but Apple plans to add more USB-C/Thunderbolt ports.

The new high-end Mac Mini could feature Apple’s M1X or M2 chipset, which many believe will be announced at the company’s high-anticipated WWDC developer event next month. The soon-to-be-announced processor will have a 10-core CPU that features eight high-performance cores and two energy-efficient cores, along with 16-core or 32-core GPU options and support for up to 64GB RAM.

The Mac Mini holds a special place in the Mac lineup. Since the very beginning, Apple has pitched the Mac Mini as a small, portable but powerful desktop computer aimed at average consumers. When Apple introduced the Mac Mini in 2005, the device was advertised as “B.Y.O.D.K.M : bring your own display, keyboard, and mouse”.

Last year, Apple introduced the M1 Mac Mini, its first Mac with Apple’s very first System-on-chip. At Rs 64,900, the Mac Mini is the most affordable device to experience the prowess of the M1 chip. While the M1 Mac Mini is a powerful machine, its memory is capped at 16GB and there is no way to use external graphics cards (eGPUs). Evidently, the rumoured high-end Mac Mini will replace the Intel-based Mac Mini which Apple still sells in the market. That means the current M1 Mac Mini will continue to sell in the market.

Here are the top seven things you must know about Tech with The Hans India on October 18, 2021. Let's begin...Google's Pixel 6 Series Launch Event – … END_OF_DOCUMENT_TOKEN_TO_BE_REPLACED

Colin Powell, former joint chiefs chairman and secretary of state, has died from Covid-19 complications, his family said on 18 October. He was 84. In … END_OF_DOCUMENT_TOKEN_TO_BE_REPLACED