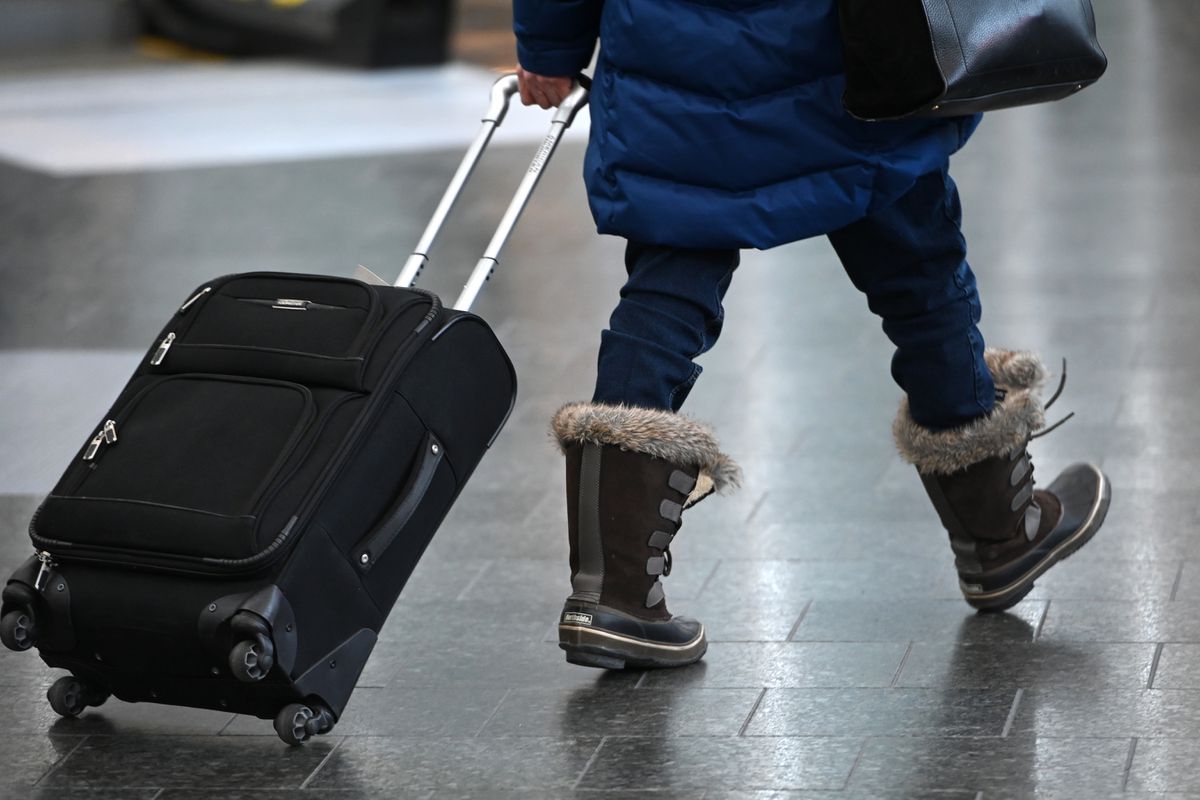 Despite the fact that it had been under discussion since late March, Gov. Mike Dunleavy’s announcement that Alaska will offer a COVID-19 vaccine to visitors starting June 1 still managed to make a big splash. As vaccine supply is catching demand in states across the U.S., the conversation is shifting toward how best to encourage Americans to get their shots. With the vaccine-tourism gambit, the governor and his administration have hit on a winner of an idea — one that can make Alaska and the U.S. safer while also bolstering the state’s pandemic-beleaguered economy.

Under the plan, Alaska visitors arriving at airports in Anchorage, Fairbanks, Juneau and Ketchikan would be offered a shot of the Pfizer or Moderna vaccine free of charge. Initially, the state had planned on offering the one-and-done Johnson and Johnson vaccine, but that shot remains on hold while the Food and Drug Administration examines its role in extremely rare cases of blood clots. Using the two-dose vaccines is somewhat more complicated — most travelers will have to get their second doses after returning home, unless their Alaska vacations are three or four weeks long — but still useful in getting people started on their vaccine course and slowing COVID-19′s spread.

Some have questioned the reasoning for the vaccine-tourism effort, arguing that the shots Alaska will give tourists could be put to better use elsewhere — or, conversely, that they will be a meager draw and that funds could better spent in other ways. But by June 1, it’s unlikely that vaccine shortages will exist anywhere in the U.S. — Alaska already has nearly enough on hand to cover the remainder of the state’s 16-and-older population. Therefore, it’s unlikely that other states will be clamoring for Alaska’s excess vaccine supply by the time the program goes into effect. Much more likely, states including Alaska will be working hard to encourage residents and visitors to get their shots if they haven’t already, and announcing a shots-for-visitors program puts Alaska ahead of the curve in that effort.

Overcoming vaccine hesitancy is the final hurdle in propelling Alaska to herd immunity for COVID-19. We’re closer to that goal than it may seem — half of eligible Alaskans have already had their first shot, and more than 40% of eligible Alaskans have had both. But, as in most difficult tasks, the first half was the easier half. The remainder of Alaskans are more reticent, and the state should do what it can to educate them of the vaccines’ safety and efficacy. Data has shown that in Alaska and the U.S. at large, vaccine holdouts are largely young and mobile, and many among them may not be adamantly opposed to COVID-19 vaccines so much as they don’t feel the need to go out of their way to get them. That’s where programs like vaccine shots for visitors show their wisdom: They bring the vaccination to people who might need it, and give Alaska’s public health and economy a literal and figurative shot in the arm at the same time.

And make no mistake, Alaska needs both. Amid a prolonged downturn in the state’s oil revenues and employment, industries such as tourism are more important than ever in employing residents and drawing in money from Outside. Our state limped through one summer with little tourism to speak of; to the extent that we can rehabilitate prospects for this summer, we should do so. That means taking every measure we can to ensure travelers want to visit, from getting vaccinated ourselves — so it’s safe for us and others who come here — to offering vaccinations for visitors who need them — to help keep them and ourselves safe when they return home. It also means spreading the word about Alaska’s value as a destination, a goal aided by Gov. Dunleavy’s plan to devote $150 million in relief funds toward helping support tour businesses that can show the state to visitors, as well as more money to execute a targeted marketing campaign for Alaska vacations. And it means fighting to restore tours when they can operate safely, as the governor did by signing on to a Florida lawsuit seeking to do just that.

The true value of the vaccines-for-visitors effort may come from beyond our borders: Unlike the U.S., many nations won’t see significant vaccine availability for several months. That makes Alaska’s vaccine offer particularly attractive, and may well drive a notable increase in international visitors this summer — the announcement of the plan was greeted by widespread press interest not just in America but around the world — the kind of advertising you can’t pay for. Further, international travelers may well stay for both shots to ensure they complete their vaccine cycle before returning home, giving plenty of time for them to experience Alaska.

The worst-case scenario for the vaccines-for-visitors plan is that it will entice few people to visit our state, and that not many who do visit will need or want the COVID-19 vaccine. But we’re entering the phase of the pandemic where we need to make the vaccine available in as many places and through as many channels as we know how. And every visitor who says yes to a shot at Ted Stevens Anchorage International Airport will be another step toward ending the pandemic for good. That’s a goal we can all support.

New Delhi [India], November 27 (ANI): Samsung is expected to unveil the Galaxy A13 in the following weeks. This phone will come in two versions - the … END_OF_DOCUMENT_TOKEN_TO_BE_REPLACED

Conversely, only 60% of those who hadn’t consulted with a planner had the same confidence. As for the longer-term picture — considering when and how … END_OF_DOCUMENT_TOKEN_TO_BE_REPLACED