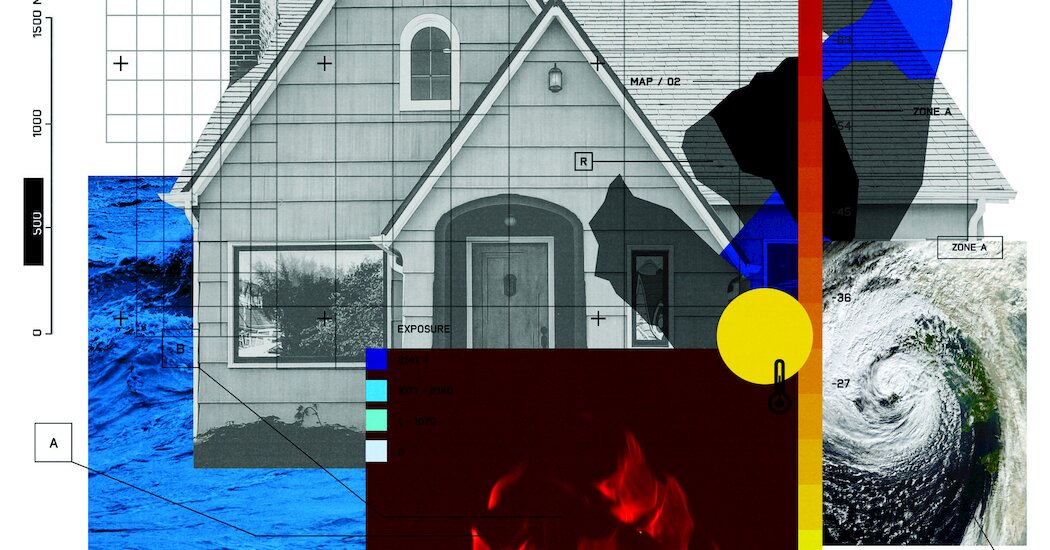 “These things create a change in value and change a risk for this massive asset that you’re buying as a consumer, and whether people are proactively asking for it or not, we think it’s a responsibility to surface it to them,” Mr. Berkowitz said.

The risk of climate-related damage is higher for some sectors of the population. A survey on disaster preparedness from Allstate found that women are more likely than men to struggle in recovering financially from a natural disaster. Minority families and low-income households are also more likely to live in areas at risk of climate-related damage, and decades of racist housing policy in the United States has created an inequity of temperature, consigning Black homeowners to neighborhoods with higher temperatures and less shade.

With that in mind, Enterprise Community Partners, a national housing nonprofit, created Portfolio Protect, a tool that offers a risk score for hazards including earthquakes, flooding and landslides. It’s free and available for any address in the country.

There are also more in-depth resources available for those willing to pay a fee. CoreLogic, a corporation that provides property data, as well as citywide and nationwide scores, offers detailed risk reports with data sourced from mineralogical scientists, climate scientists, engineers and statisticians. Their clients include FEMA, as well as insurance companies and mortgage servicers, and reports start at $18.

“We offer risk scores that are at a composite level to tell you the big picture of how at-risk your home is for natural perils,” said Tom Larsen, CoreLogic’s principal of insurance and spatial solutions. “Step one is to know your risk now. It’s granular. It’s at the house level,” adding, “It’s not going to hit every home the same way.”

As awareness of climate-related hazards grow, the companies crunching those hazards into easily understood projections are only going to get more popular, said Zach Aarons, co-founder of MetaProp, a PropTech venture capital firm.

“You’re on Twitter seeing images of people in their kayaks in the middle of the street, or you’re seeing photos of a sky over San Francisco that looks like the sky on Mars,” he said. “This is a market that is going to continue to emerge.”

Beijing [China], July 6 (ANI): Oppo is preparing another 5G smartphone, as revealed on a leaked spec sheet. The Oppo A97 5G is now listed on China … END_OF_DOCUMENT_TOKEN_TO_BE_REPLACED

seb_ra / iStock.com It’s National Fried Chicken Day, and while today’s top financial stories might not all be finger-licking good, you … END_OF_DOCUMENT_TOKEN_TO_BE_REPLACED

Originally named Hotel Belvedere and located at the intersection of Chase and North Charles Street, the asset was the hotel of choice for an eclectic … END_OF_DOCUMENT_TOKEN_TO_BE_REPLACED