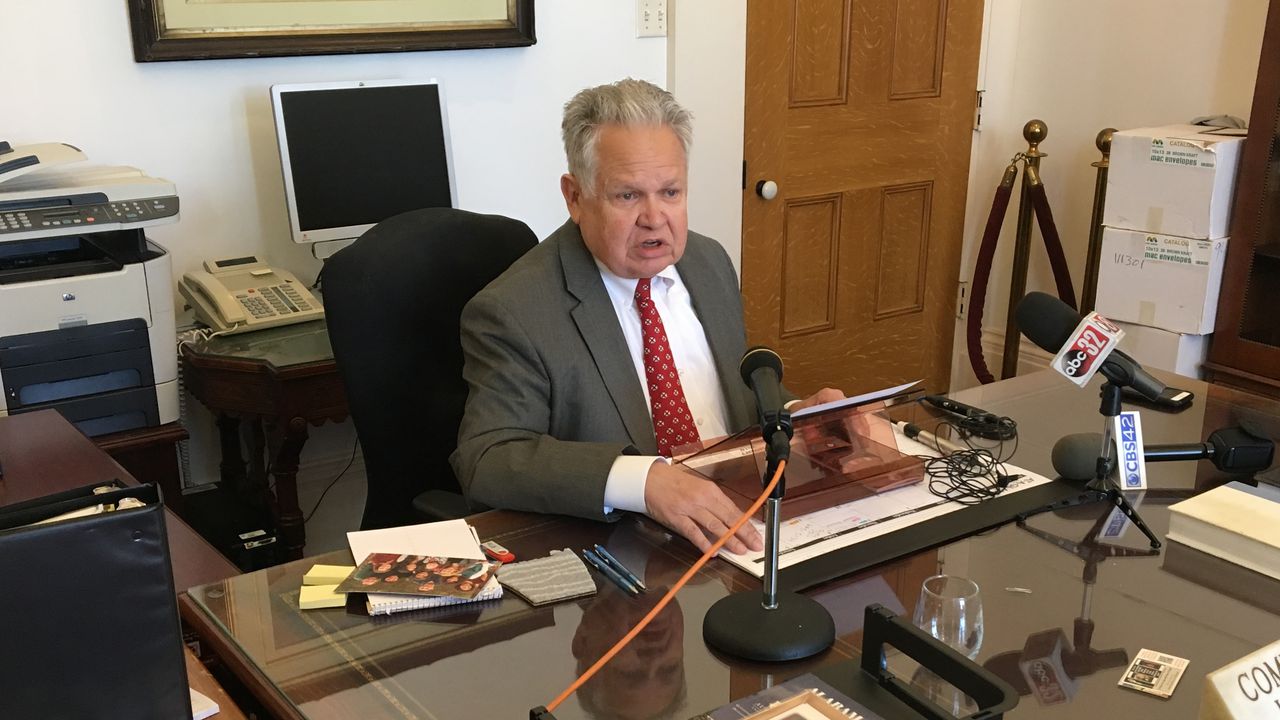 Joining Zeigler and Rogers were Kenny Glasgow, a pastor and prisoner rights advocate from Houston County, and Leslie Ogburn, whose property adjoins the site of a proposed prison near Tallassee in Elmore County, according to the lawsuit.

The plaintiffs have asked the court to declare the leases null and void and to block the execution of the agreements.

Zeigler, a Republican, called it a bipartisan lawsuit. Rogers is a longtime Democratic member of the House of Representatives.

Zeigler has criticized the governor’s plan as a poor use of taxpayer dollars.

“This prison plan would be a 30-year mistake,” Zeigler said in a press release about the lawsuit. “It would force Alabama taxpayers to pay rents starting at $94 million a year and going up to $106 million. At the end of 30 years, the state would own equity in the prisons of zero. No equity. This is a bad business plan.”

On Feb. 1, Ivey signed 30-year leases for new men’s prisons that CoreCivic would build in Elmore and Escambia counties. The governor’s office said then that the financial terms would not be complete until CoreCivic obtained financing for the projects.

A third prison is planned for Bibb County. It would be built and owned by a development team called Alabama Prison Transformation Partners. Ivey said in February that lease was still being negotiated.

In response to the banks pulling out of the plan, Ivey said the state remained fully committed to the projects. Ivey and Dunn have said the new prisons are essential to overhauling a prison system that faces a lawsuit from the Department of Justice because of the levels of violence in the aging, crowded, and understaffed prisons.

The three new prisons would hold a total of about 10,000 inmates and would replace as many as 11 of the 13 men’s prisons. Ivey and Dunn said the new prisons would be safer, more efficient to staff, and would accommodate education, rehabilitation, and health care for inmates.

On Friday, Ivey said she would work with the Legislature to find ways to finance the prisons.

In the Legislature, the chairmen of the General Fund budget committees in the House and Senate said last week it was time for Ivey to drop the lease plan after the banks pulled out. Rep. Steve Clouse and Sen. Greg Albritton said the better approach would be for the Legislature to approve a bond issue to build prisons that the state would own.

Former Gov. Robert Bentley proposed a bond issue to build prisons, but lawmakers did not approve it.

Jackson McNeely, who has helped organize opposition to the prison planned for the Brierfield community in Bibb County, issued a statement supporting the lawsuit.

“Since the moment we discovered that Governor Ivey intended to build a mega prison on top of our community, people in Brierfield have been screaming that we do not want it,” McNeely said. “Nobody asked us – we had to find out about it in the newspaper. Nobody did an environmental impact study or infrastructure assessment. It’s ridiculous. If Governor Ivey and other elected officials won’t listen to the people in these rural communities, then I suppose they’ll just have to listen to us in court.”

Harrison Butker is going to be playing for another Super Bowl with the Kansas City Chiefs.Butker nailed the game-winning field goal to send the Chiefs … END_OF_DOCUMENT_TOKEN_TO_BE_REPLACED