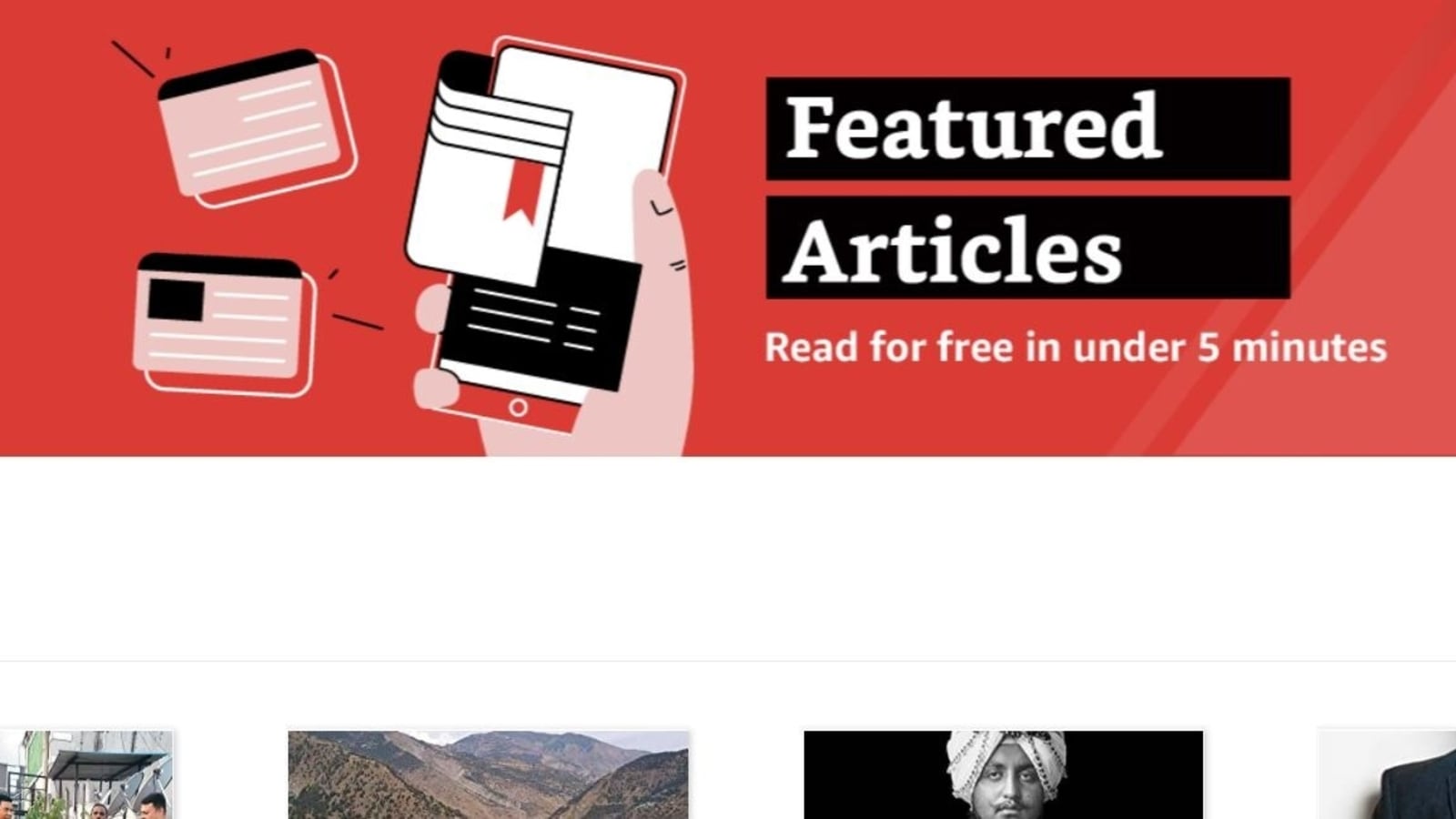 Amazon has quietly rolled out a new feature on its platform in India. This new feature is aimed at prompting users to spend more time on its e-retail platform.

The company has launched a ‘Featured Articles’ feature on its web-based platform and on its Android and iOS-based apps. This feature is tucked away in the Kindle Store section of the platform and it gives users access to featured articles, commentary, and opinions on a variety of topics including trending articles, Entertainment, Politics and Governance, Sports, Business and Finance, Health and Fitness, Society and Lifestyle, Books, Food, Fiction, Current Affairs, Travel, and Auto.

TechCrunch reports that some of these articles are exclusively available on Amazon India’s website and that the company is also sending notifications to some Kindle users to inform them about the same.

An Amazon spokesperson confirming the news to the publication said that it was testing a new service that served articles on various subjects to create a more engaging experience for its users in the country.

“…We remain focused on creating new and engaging experiences for our customers and as part of this endeavour, we have been testing a new service that brings articles on different topics like current affairs, books, business, entertainment, sports and lifestyle amongst others for readers,” the Amazon spokesperson told the publication.

Notably, the development comes shortly after the company launched its Amazon mini TV service in India. This service is available within Amazon’s Mobile app and it will offer video service with web series, comedy sketches and food among others.

Harrison Butker is going to be playing for another Super Bowl with the Kansas City Chiefs.Butker nailed the game-winning field goal to send the Chiefs … END_OF_DOCUMENT_TOKEN_TO_BE_REPLACED