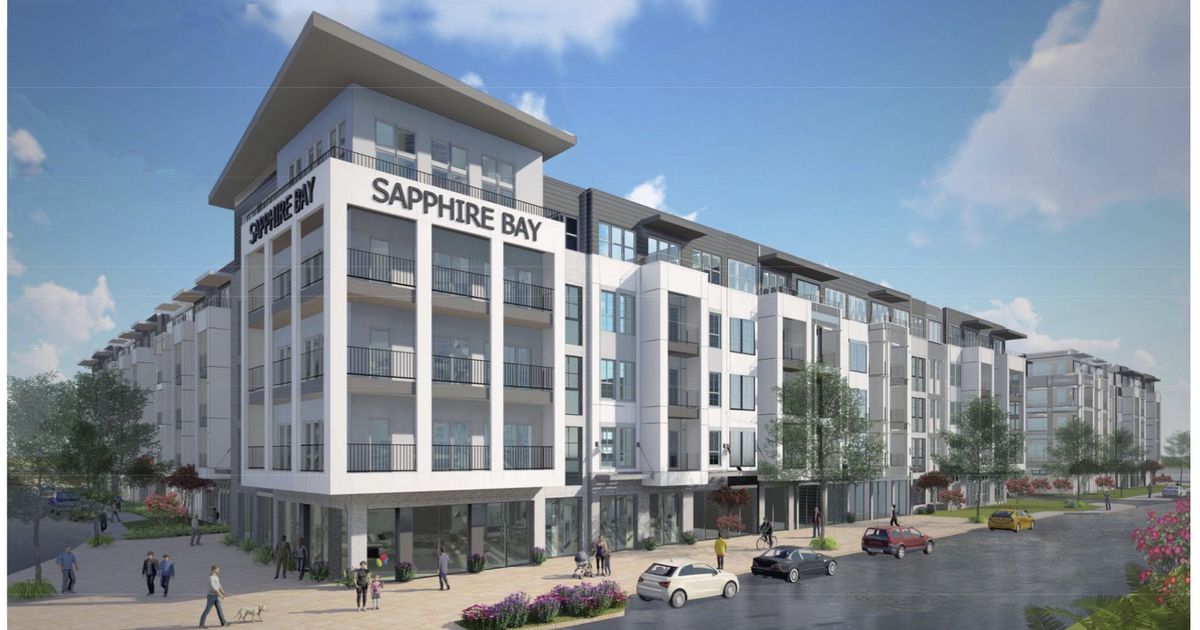 A Dallas apartment developer is headed to a mixed-use development on Lake Ray Hubbard for its next project.

Zale Properties is building the 394-unit rental community as part of the $1 billion Sapphire Bay project at Interstate 30 and Dalrock Road in Rowlett.

Sapphire Bay – previously known as Bayside – is a 116-acre development that features a 7-acre man-made lagoon.

The project, which has been in the works for more than five years, is being built by Sapphire Bay Land Development LLC and the city of Rowlett.

Earlier this year the developers announced plans for a Hyatt resort with more than 500 hotel rooms and conference facilities in a lakeside complex.

Zale Properties’ View at Sapphire Bay rental community will be built at I-30 and Dalrock Road.

“This would be our second multifamily development in Rowlett but our first in Sapphire Bay,” said Mark Zale. “We hope to break ground on the View at Sapphire Bay in the next month or two.”

The five-story apartment project was designed by JHP Architecture and will open in 2024, according to planning documents filed with the state.

Zale Properties has a track record of developing rental communities in North Texas.

The Sapphire Bay project is being developed on land that Rowlett bought from the city of Dallas in 2015. Since then, Rowlett has been working with developers to turn the former park property into a major mixed-use project.

Along with the lagoon and resort, Sapphire Bay is planned to include high-rise apartments, luxury homes, offices and retail space.

The Dallas Cowboys have a vacancy - and just one kicker presently on the roster. And he's a familiar face to Texas Tech fans, as it's Jonathan … END_OF_DOCUMENT_TOKEN_TO_BE_REPLACED