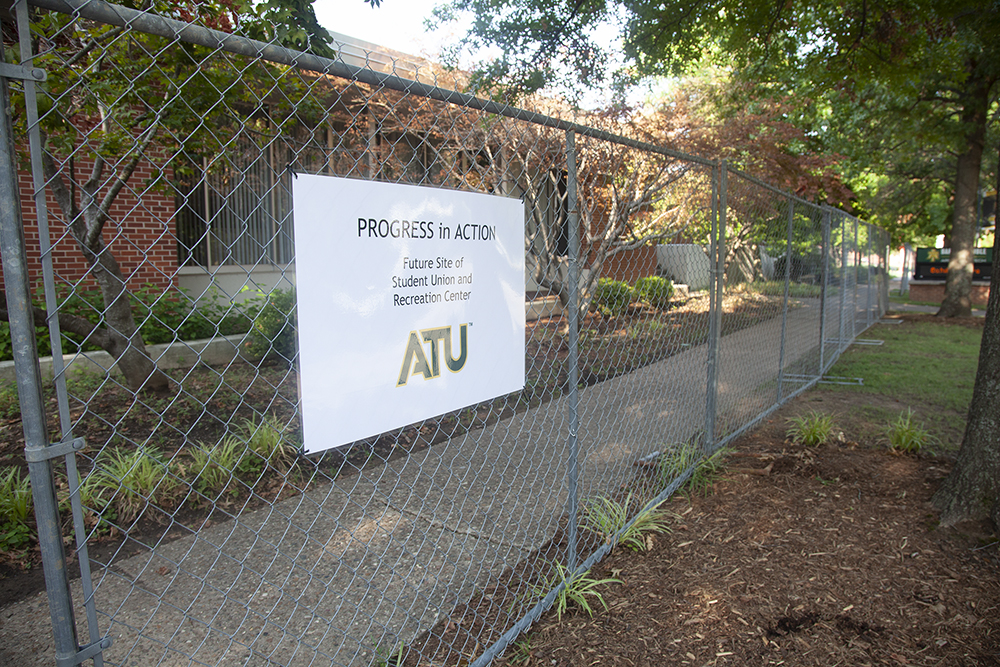 Signage and fencing indicating upcoming work was put in place outside the W.O. Young Building on Monday, Aug. 1.

The Young Building is partially surrounded by chain link fence in preparation for the demolition of the facility, which is scheduled to take place during the fall 2022 semester.

Following demolition of the Young Building, the parcel of land will be prepared as the site for a new student union and recreation center that is scheduled to open in 2025. The new facility is one aspect of a campus master plan approved by the ATU Board of Trustees on Oct. 19, 2017.

Arkansas Tech University students, their families, volunteers from the ATU move-in crew and ATU faculty and staff were among those who worked together … END_OF_DOCUMENT_TOKEN_TO_BE_REPLACED

Jain Anshu, President of Cantor Fitzgerald appears on CNBC's Squawk on the Street at the 2020 World Economic Forum in Davos, Switzerland on Jan. 22nd. … END_OF_DOCUMENT_TOKEN_TO_BE_REPLACED

With more than $750 million in building projects to complete, the Cherokee Nation has embarked on a monthslong hiring spree.A labor recruitment effort … END_OF_DOCUMENT_TOKEN_TO_BE_REPLACED