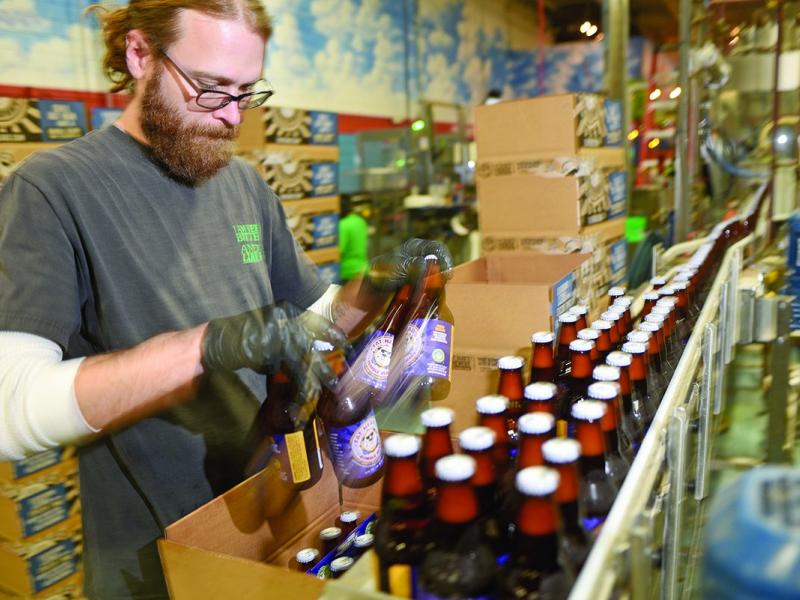 Ohio’s beer industry — comprising makers, sellers and shippers of beer plus those in related manufacturing and agricultural fields — contributes an estimated $12.6 billion to the state economy, according to the latest Beer Serves America study released Thursday, May 27.

The biennial study is produced by John Dunham and Associates of New York on behalf of the Beer Institute and National Beer Wholesalers Association. It captures a snapshot of the industry in early 2020, just before the COVID-19 pandemic in America, said NBWA chief economist Lester Jones.

Beer production took a hit due to a couple of months of economic uncertainty in the early days of pandemic lockdowns last spring. The closures of bars, restaurants, taprooms and event venues also had a major impact. The study effectively represents the size of the beer industry as it gets back to pre-pandemic levels of activity.

“A lot of the data came before we felt the full impact of the pandemic,” Jones said. “So I think it’s a pretty good representation of where we’re at coming out of that trough.”

Total U.S. beer sales and production volume dipped about 3% each in 2020, according to the Brewers Association. Sales and production in the craft beer category slipped more than 9% last year, marking the first annual decrease in craft after decades of steady growth.

The Beer Serves America study looks only at jobs and economic activity related specifically to beer sales, shipping and production throughout the supply chain. This includes large breweries — such as those operated in Ohio by Anheuser-Busch, MillerCoors and The Boston Beer Co./Samuel Adams — and the state’s approximately 370 craft breweries, retailers and distributors. It does not consider, for example, restaurants operated by craft brands.

Here are the Ohio stats:

The key Ohio figures are down slightly from the previous study. The 2018 report estimated Ohio’s beer industry as representing an economic output of $12.8 billion and 81,448 total jobs.

Jones said the NBWA doesn’t read much into differences between the estimations arrived at in the various reports or why the numbers may change — so what contributed to the change he can’t quite say. However, a 1.5% decrease in economic output compared with a 12% decrease in jobs seems to suggest an increase in productivity among the labor force.

Reports like these are often used by trade groups when presenting their case to lawmakers about matters such as tax policies. An ongoing issue in the beer sector is the federal excise tax.

“Last year, Congress came together in a bipartisan effort to prevent the federal excise tax on beer from increasing,” said Beer Institute president and CEO Jim McGreevy in a statement. “Maintaining the current tax rate on the beer industry at the state and federal level will help support American jobs at a time of significant economic uncertainty.”

Ohio is the fifth-largest producer of craft beer in the country — due in large part to major brands such as Cleveland’s Great Lakes Brewing Co. and Cincinnati’s Rhinegeist Brewery — and ranks among the top-10 states in terms of total breweries, according to the BA. With dozens of more craft breweries in planning, Ohio is on pace to top 400 this year.

You can read more about the state of the craft industry in the Buckeye State as it comes out of the pandemic here.

Follow me on Twitter for more takes on finance, law, booze, cannabis and whatever else I’m thinking about.

The Westfield Town Council voted 7-1 on Tuesday to introduce an ordinance that allows for a downtown redevelopment plan to move forward.It will next … END_OF_DOCUMENT_TOKEN_TO_BE_REPLACED

New York CNN  —  Bed Bath and Beyond is closing another 87 stores as the struggling retailer barrels toward bankruptcy. … END_OF_DOCUMENT_TOKEN_TO_BE_REPLACED