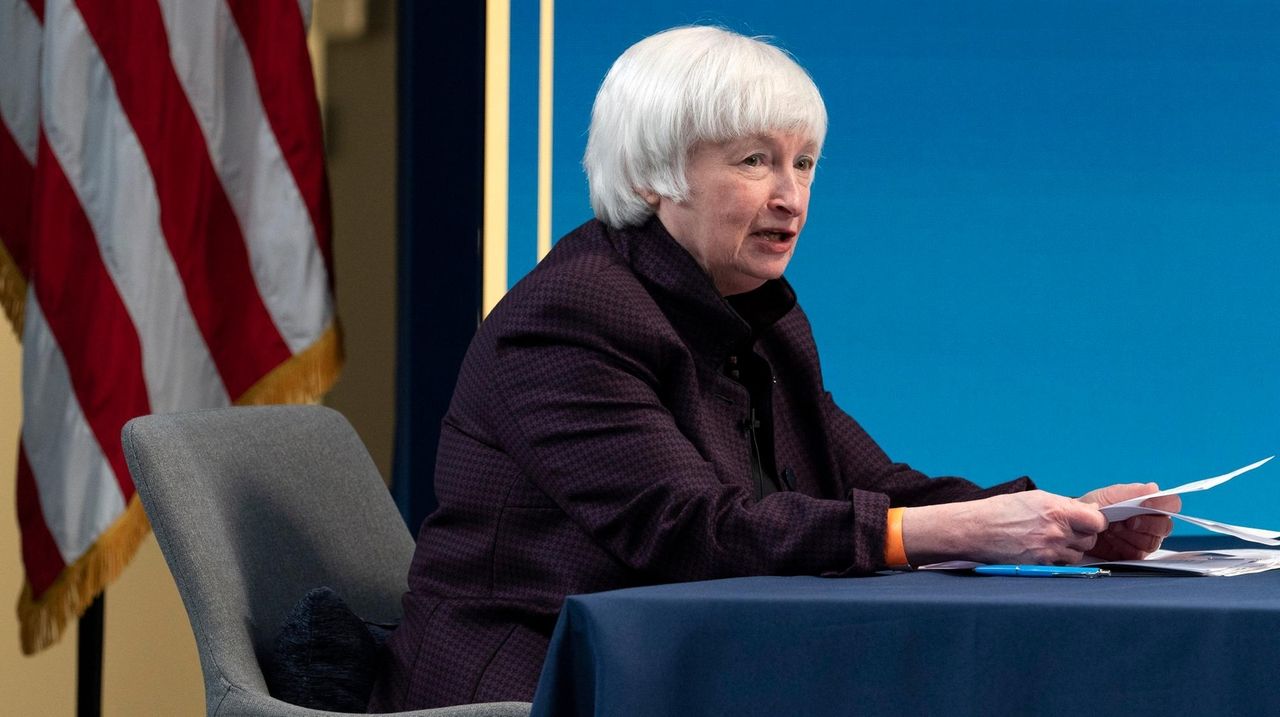 WASHINGTON — Top Biden administration officials on Sunday continued to make their case for President Joe Biden’s two-part, $4 trillion infrastructure proposal, arguing that his plan to pay for the proposal by raising taxes on corporations and the nation’s top income earners is needed “to make our economy productive and fair.”

Treasury Secretary Janet Yellen, appearing on NBC’s “Meet the Press,” pushed back on concerns raised by Republican lawmakers that Biden’s spending proposal, coupled with the $2 trillion stimulus package passed by Congress in March, could lead to inflation.

“I don’t believe that inflation will be an issue, but if it becomes an issue, we have tools to address it,” Yellen said. “These are historic investments that we need to make our economy productive and fair.”

Yellen said inflation was less likely to be an issue because both of Biden’s infrastructure proposals — the American Jobs Plan and the American Families Plan — call for spending that is “spread out quite evenly over eight to 10 years.”

Biden last Wednesday unveiled the details of his $1.8 trillion American Families Plan during his first address before a joint session of Congress. The plan calls for funding what the White House has described as human infrastructure needs, such as establishing universal prekindergarten, increasing access to elder care programs, and implementing a national tuition-free two-year community college program.

In March, Biden outlined his $2.3 trillion American Jobs Plan that focuses on physical infrastructure projects such as repairing roads, bridges and transportation hubs.

White House Chief of Staff Ron Klain, when asked about GOP opposition to Biden’s tax proposals, told CBS’ “Face the Nation” the majority of Americans will not experience a tax increase. The plan will mainly touch the top 1% of American workers, and will not change the tax rates on any individuals earning $400,000 or less, according to the White House.

Get the Breaking News newsletter!

Get the latest breaking news as it happens.

“Corporations would still have a lower tax rate than the rate they had prior to 2017,” Klain said referring to the Trump era tax cuts. “We think that 2017 tax cut didn’t meet its promise. You didn’t see massive investments in [research and development], you didn’t see wages go up. What you saw was … CEO pay go up. … So we think we can raise those taxes on corporations and fund the things that make the economy grow. Bridges, roads, airports, rail. That’s what creates jobs. That’s what gets this economy humming.”

Cecilia Rouse, chairwoman of the White House Council of Economic Advisers, told “Fox News Sunday” that the Biden Administration does not “want to hamper U.S. corporations, but we want them to pay their fair share as well.”

Asked about Republican misgivings about the scale and cost of the Biden’s infrastructure plan, Rouse said a sweeping plan was critical to boosting an economy still recovering from the pandemic.

“The strategy here is to really create a partnership between the public sector and the private sector,” Rouse said.

Senate Republicans have formed a 10-member group to focus on infrastructure negotiations. The group so far has offered a narrower $600 billion plan that would focus strictly on physical infrastructure projects.

Members of the group making the rounds of the Sunday political talk show circuit said while they disagree with Biden, they believe there is room for compromise.

“Democrats, Republicans alike are meeting,” said Sen. Rob Portman (R-Ohio) on NBC’s “Meet the Press.” “We’ve got some phone calls scheduled this week. I met with the White House late last week. There’s a way forward here if the White House is willing to work with us.”

Sen. Bill Cassidy (R-La.) said one of the main sticking points between both sides is agreeing to a definition of infrastructure. Republicans have argued that Biden’s definition is too broad and contend that his plans to increase access to pre-K and elder care programs would massively increase the size of the federal government and the role it plays in Americans’ lives.

“If you’re talking about a scope which is roads and bridges and internet and tunnels and airports and waterways, we can be pretty close,” Cassidy told “Fox News Sunday” when asked about the chances of reaching a deal. “If you’re talking about spending hundreds of billions of dollars to benefit public services unions, then we are far apart.”

The Dallas Cowboys have a vacancy - and just one kicker presently on the roster. And he's a familiar face to Texas Tech fans, as it's Jonathan … END_OF_DOCUMENT_TOKEN_TO_BE_REPLACED