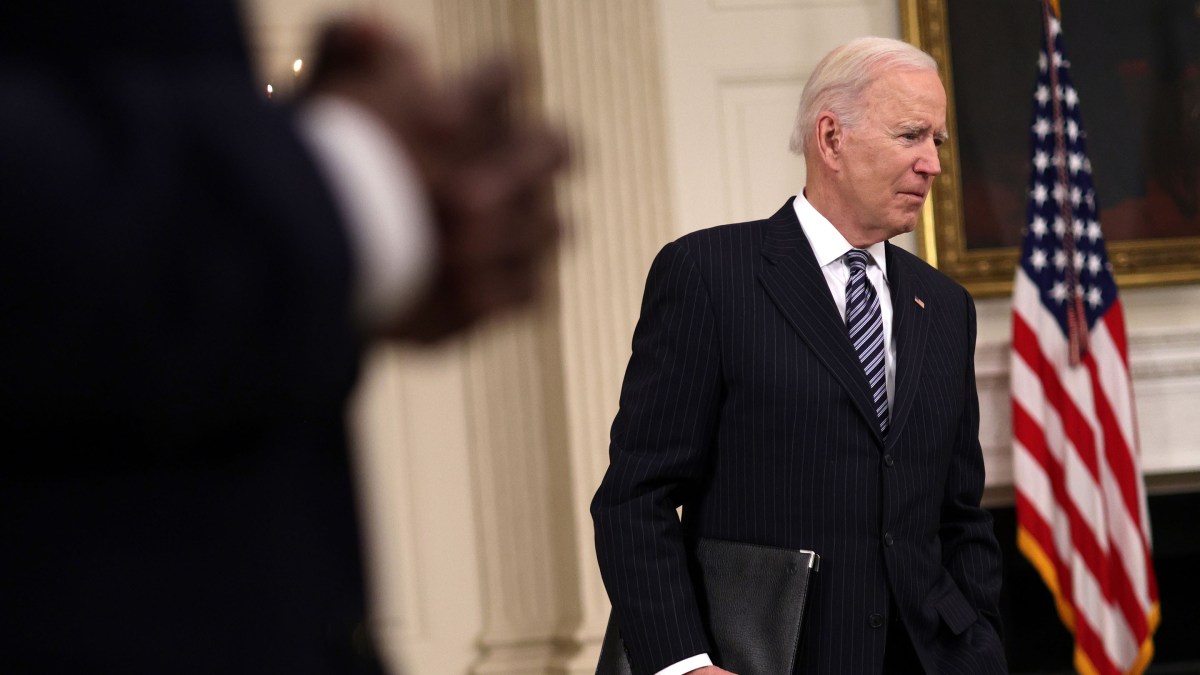 Investors who earn $1 million or more would have to pay a 39.6% tax rate on any capital gains, nearly double the current rate for Americans in that income bracket, according to the report by Bloomberg. A separate surtax on investment income could boost the overall federal tax rate for wealthy investors as high as 43.3%, the report said, citing unnamed people familiar with the proposal.

The S&P 500 fell 0.9%, wiping out an early gain. The benchmark index gave up nearly all of its gain from the day before, leaving it on track for its first weekly loss in five weeks.

The selling was widespread, with every sector in the S&P 500 closing lower. Technology stocks, banks and companies that rely on consumer spending, accounted for much of the skid. Treasury yields held mostly steady.

“The things that the market is going to react to are the unknowns,” said Andrew Mies, chief investment officer of 6Meridian. “The knowns are the economy is good and improving, earnings are good and vaccinations are going pretty well in the United States. The things the market doesn’t know are tax policy, both at the corporate and individual level, and what the Fed is going to do in the next 12 to 18 months.”

The UK tech community has reacted with an outpouring of shock and sadness upon learning that Tech Nation, the entrepreneur network that has supported … END_OF_DOCUMENT_TOKEN_TO_BE_REPLACED

© APFedEx will cut more than 10 per cent of its global leadership team, adding to the more than 12,000 employees it has shed over the past seven … END_OF_DOCUMENT_TOKEN_TO_BE_REPLACED

The Westfield Town Council voted 7-1 on Tuesday to introduce an ordinance that allows for a downtown redevelopment plan to move forward.It will next … END_OF_DOCUMENT_TOKEN_TO_BE_REPLACED