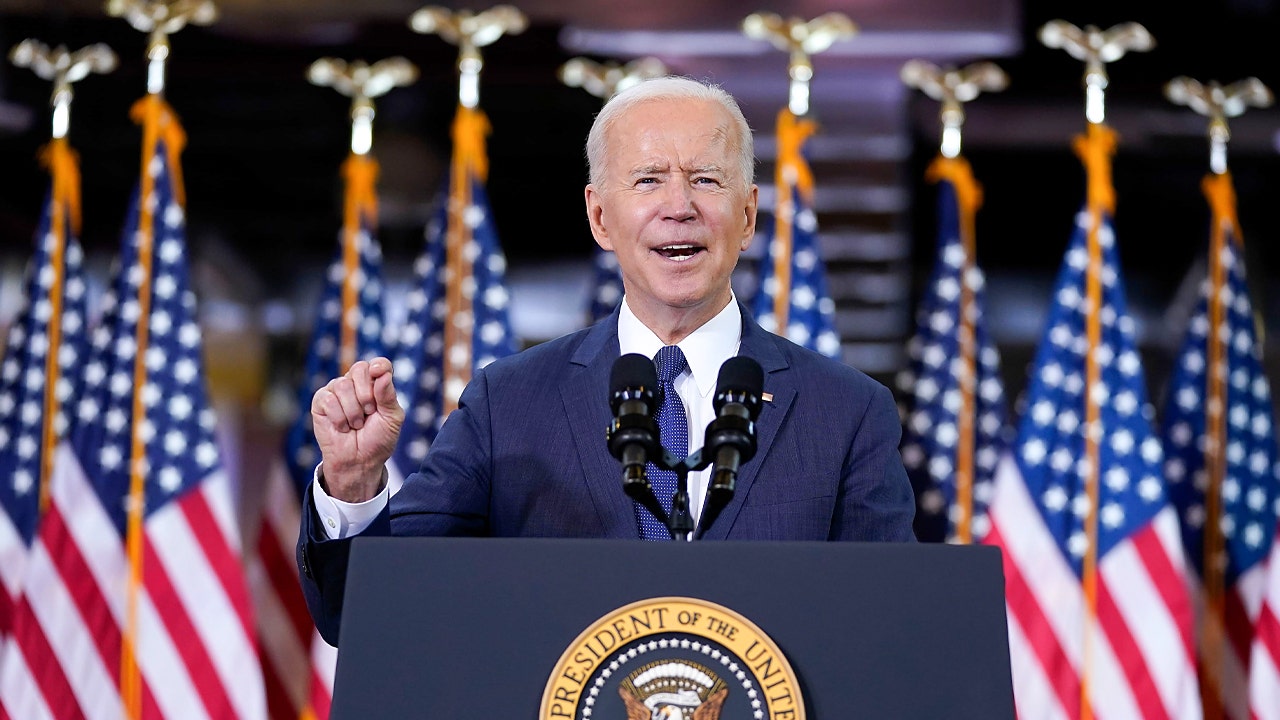 President Biden is billing his sprawling $1.8 trillion spending proposal as a once-in-a-generation opportunity to bolster the U.S. economy, but a new analysis published this week shows that it could slash growth in the long term due to a slew of tax hikes.

The newest initiative, dubbed the American Families Plan, would dramatically expand the government-funded social safety net by establishing universal pre-kindergarten and free community college, as well as providing a slew of new tax credits for low- and middle-income families.

It would be paid for by nearly doubling the capital gains tax rate from 20% to 39.6%, raising the top individual income rate to 39.6% and closing a loophole known as the “stepped-up” basis that reduces tax on inherited wealth.

President Biden is billing his sprawling $1.8 trillion spending proposal as a once-in-a-generation opportunity to bolster the U.S. economy, but a new analysis published this week shows that it could slash growth in the long term due to a slew of tax

But the tax changes included in the families proposal would actually slash GDP, the broadest measure of goods and services produced in the nation, by 0.4% in the long run, according to new findings from the Tax Foundation, a non-partisan group.

The proposal would generate about $661 billion in new revenue over the next decade – but that would be offset by the proposed $998 billion in expanded tax credits, according to the Tax Foundation.

The tax changes would ultimately reduce revenue by about $337 billion on a conventional basis, not accounting for the new money collected by cracking down on tax cheats (Biden proposed boosting the IRS’ budget and beefing up tax enforcement as part of the measure). The nation’s debt is already on track to hit $30 trillion this year due to an unprecedented level of government spending during the coronavirus pandemic.

Overall, Biden’s spending plan would cost the economy an estimated 64,000 full-time jobs and would cause wages to shrink by about 0.4%.

The proposal – the second tax and spending plan released by Biden this month as part of his “Build Back Better” agenda – already faces a steep hill to passage, even though Democrats control both chambers of Congress.

Many moderate members of the president’s own party have suggested $4 trillion in new spending is too much and have questioned whether the proposed tax hikes could hurt the economy just as it’s recovering from the coronavirus pandemic.

Republicans have already panned the proposal, criticizing the price tag; the expansion of the social safety net; the lack of spending on traditional infrastructure; and the proposed tax hikes on rich Americans and corporations. Senate Minority Leader Mitch McConnell, R-Ky., recently predicted that no GOP senator would support the measures.

The analysis could provide new fodder to those critics as negotiations inch forward on Capitol Hill.

WASHTENAW COUNTY – An indoor saltwater pool, vaulted ceilings and rolling hills are the highlights of a spacious 14,000-square-foot estate in between … END_OF_DOCUMENT_TOKEN_TO_BE_REPLACED