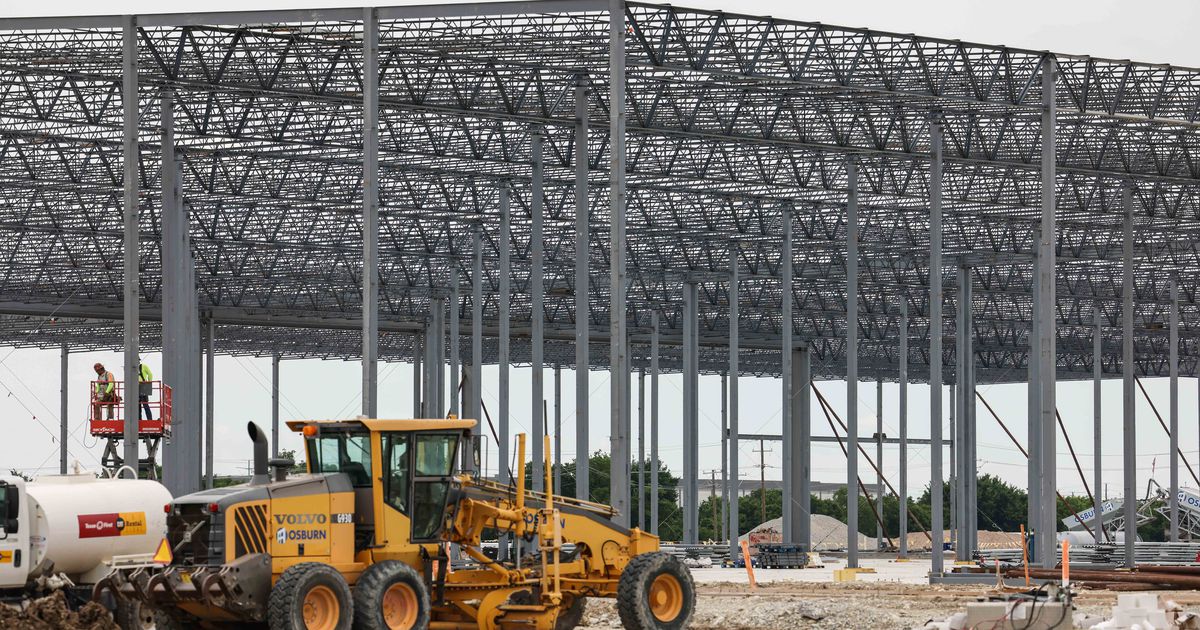 Demand for Dallas-Fort Worth industrial real estate set a record in the second quarter.

Warehouse and distribution buildings have been the hottest sector in commercial property since the start of the COVID-19 pandemic. And North Texas is one of the country’s top industrial development markets.

Industrial leasing in new warehouse buildings in the area hit a high of 9 million square feet in the just-completed quarter, according to a new report by commercial property firm Transwestern.

“Leasing velocities are expected to remain strong over the next 12 months, creating ripe conditions for developers to break ground on new speculative projects where feasible,” Transwestern research manager Andrew Matheny said in the new report.

Some of the largest warehouse leases in the second quarter were by logistics and consumer products firms.

With all the leasing activity, industrial building vacancy rates in the D-FW area fell to just over 6%.

“Demand for new construction alone is not sufficient to explain the jump in leasing activity, which suggests that pent-up demand from small and mid-size users is creating additional tailwinds for the market,” Transwestern analysts said in the midyear report.

Beijing [China], July 6 (ANI): Oppo is preparing another 5G smartphone, as revealed on a leaked spec sheet. The Oppo A97 5G is now listed on China … END_OF_DOCUMENT_TOKEN_TO_BE_REPLACED

seb_ra / iStock.com It’s National Fried Chicken Day, and while today’s top financial stories might not all be finger-licking good, you … END_OF_DOCUMENT_TOKEN_TO_BE_REPLACED

Originally named Hotel Belvedere and located at the intersection of Chase and North Charles Street, the asset was the hotel of choice for an eclectic … END_OF_DOCUMENT_TOKEN_TO_BE_REPLACED