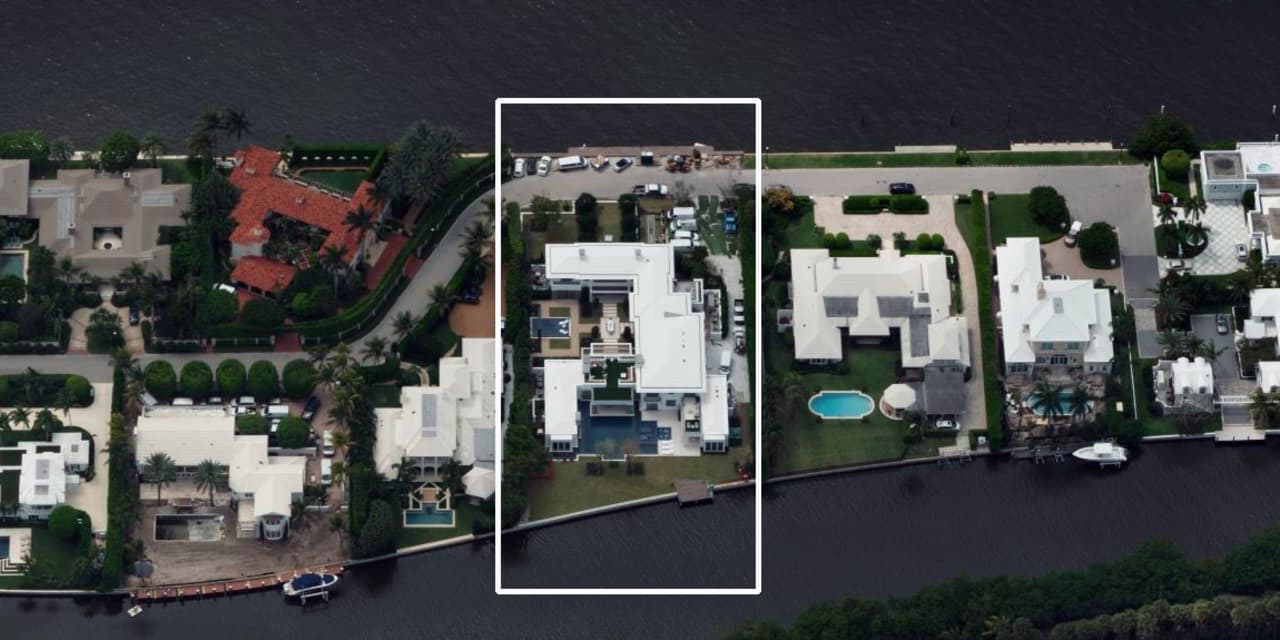 The property market in the Florida enclave of Palm Beach has been recording high-end deal after high-end deal of late, as wealthy buyers rush to the Sunshine State amid the coronavirus and the ease of remote work.

The latest multimillion-dollar mansion to change hands comes in the form of a brand new, contemporary home that sold Tuesday for $49.1 million, according to property records.

The waterfront estate was most recently asking $49.5 million, but had asked as much as $56 million in February, listing records show.

Built in 2020, the modern, six-bedroom spread is named Lago-a-Lago, or Lake to Lake, a nod to the property’s water frontage at both the front and back of the home—each equipped with docks—according to online listing details for the home, the sale of which was handled by Lawrence Moens of Lawrence A. Moens Associates.

Mr. Moens didn’t immediately respond to a request for comment.

Spanning more than 17,000 square feet, it has a formal living room, an office, a media room, a gym, two primary bedroom suites, balconies and terraces.

“Despite the large size of the structure and all the different spaces, there are no white walls in the entire home,” marketing materials said, noting that instead, every wall is finished with either wallcoverings, including vinyl, silk, and leather, custom wood veneers or Italian marbles.

The new owners of the mansion are billionaire financier James G. Dinan—worth an estimated $1.9 billion, according to Forbes—and his wife, Elizabeth R. Miller, property records show.

The house was sold by a limited liability company linked to the developer Corey Schottenstein and the Ohio-based Schottenstein Real Estate Group, records show.

The entity paid $12.15 million for the property in March 2016, and the developer knocked down a 1950s-era house to accommodate the new home, according to The Palm Beach Daily News, who first reported the sale.

Palm Beach has become one of the nation’s leading trophy-home markets and in 2020 had two of the top 10 most expensive sales in the U.S., Mansion Global previously reported.

In February, the enclave recorded its highest-priced home sale ever, when an oceanfront spec home—coincidentally built on land that was also once owned by the former president—sold for an astronomical $122.7 million.

The Dallas Cowboys have a vacancy - and just one kicker presently on the roster. And he's a familiar face to Texas Tech fans, as it's Jonathan … END_OF_DOCUMENT_TOKEN_TO_BE_REPLACED