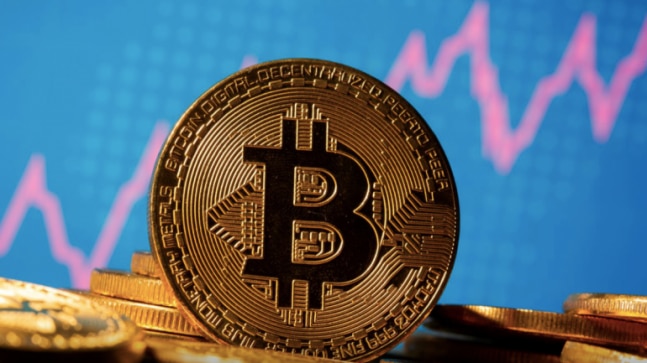 Bitcoin, Ethereum and Dogecoin crashed on Wednesday after China’s decision to ban banned financial and payment institutions from providing cryptocurrency services. Both Bitcoin and Ethereum witnessed their largest one-day drop since March last year on Wednesday. Other cryptocurrencies also bled on a tough day for investors. Overall, the crypto market lost close to $1 trillion in less than 24 hours before recovering late night.

Bitcoin dropped to $30,066, the lowest since late January. It was down at $39,708 (at the time of writing). The most popular cryptocurrency posted its largest one-day loss since March 2020. It has been on a downward trajectory for the last week following Tesla’s announcement to not accept Bitcoin as payment method. Ethereum fell to as low as $1,850, its weakest level since late January as well.

Trading in cryptocurrencies has been illegal in China since 2019. The decision was taken to curb money laundering. However, people continue to invest and trade in popular currencies like Bitcoin through online platforms. On Tuesday, three state-backed organisations, including the National Internet Finance Association of China, the China Banking Association and the Payment and Clearing Association of China issued a warning on social media.

They said that investors will have no protection if they were to incur any losses from crypto-currency investment transactions. They went on to add that recent fluctuation in crypto prices “seriously violate people’s asset safety”.

It also barred financial institutions and payment companies from providing any services related to cryptocurrency transactions. This restricts the online trading platforms from offering services involving cryptocurrency, such as registration, trading, clearing and settlement.

The investors reacted to the news and the sell-off led to a crypto crash. As several trading platforms including Binance and Coinbase crashed, it led to a further panic among investors. However, China’s decision isn’t the only reason behind the sharp decline. There are other factors that had pointed towards it.

Elon Musk and Tesla have been huge promoters of cryptocurrencies including Bitcoin and Dogecoin. Musk’s tweets have often helped push Bitcoin and Dogecoin in the upward direction. His decision to not accept Bitcoin as payment for Tesla cars, didn’t go well with investors. Musk cited environmental concerns for his U-turn.

“We are concerned about rapidly increasing use of fossil fuels for Bitcoin mining and transactions, especially coal, which has the worst emissions of any fuel,” he tweeted.

Musk or Tesla cannot be blamed for the crypto crash but, the decision definitely played an important role in influencing the graph. In fact, Musk had cleared that the electric carmaker did not intend to sell any of its Bitcoin and intended to reinstate crypto-currency transactions once mining shifted to using more sustainable energy sources. This somewhat helped Bitcoin from bleeding.

A market crash is not new. It has happened in the past, with stock and money market, both. Sooner or later it recovers. The crypto market is new and more volatile. Yet, the investors should not panic, more now than ever.

Firefly Aerospace's Alpha rocket was unable to lift off from Vandenberg Space Force Base, California. A … END_OF_DOCUMENT_TOKEN_TO_BE_REPLACED

Hello there and thanks for joining this latest MARCA In English financial news live blog this Friday, September 30, with this being the space where we … END_OF_DOCUMENT_TOKEN_TO_BE_REPLACED