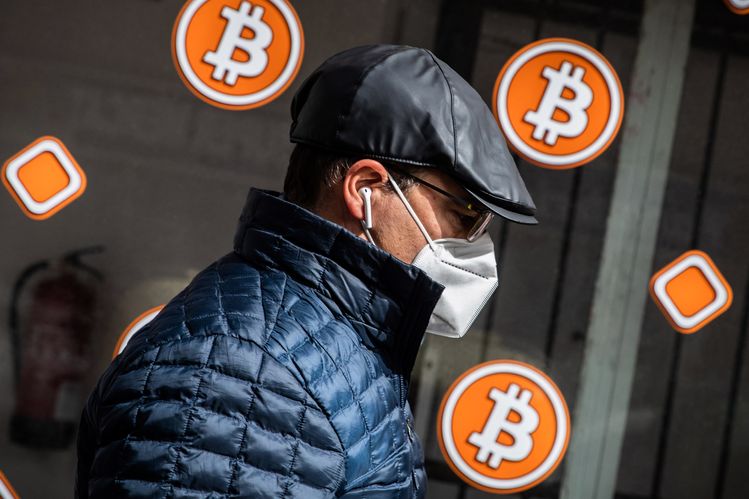 The likelihood of bitcoin reaching $100,000 before the end of 2021 has narrowed on the back of a mass sell-off in crypto markets that continued to hurt the largest cryptocurrency.

Bitcoin’s chances of topping $100,000 this year fell to 16.7% as of 10:30am BST on 19 May, according to an analysis of betting odds from Unikrn by Financial News. This compared to a flat rate of 20% for the last two weeks, where bitcoin’s most optimistic future had largely been unchanged.

Cryptocurrency exchanges were experiencing major outages during peak periods of trading activity, including Coinbase and Binance. Bitcoin’s decline means it has returned to the same territory it occupied prior to a major boost from Tesla in February when the carmaker announced it had bought $1.5bn worth of tokens for its corporate treasury.

Other cryptocurrencies also suffered in the wider sell-off, with ether down 30%, and bitcoin cash, stellar, EOS and litecoin down more than 40%.

“This price drop has also been a few weeks in the making,” Simon Peters, cryptoasset analyst at eToro, told Financial News earlier in the day, noting momentum indicators that from a technical point of view had already flagged a correction “was on the cards”.

“However, the main takeaway is that all markets have ups and downs. Crypto is still a new and volatile asset class which has yet to be tested in an inflationary environment. Investors must therefore remember the basics and avoid decisions based only on price.”

Meanwhile, the chances of bitcoin falling below $10,000 this year remained unchanged from an earlier dip on 13 May at 21%. A new market offered by Unikrn showed bitcoin’s likelihood of ending the year above $50k were average, at 52%.

Separate markets for Tesla boss Elon Musk’s new favourite cryptocurrency dogecoin showed the meme token’s chances of ending the year above $5 are edging downwards, dropping to 28.6% on 19 May from 29% a week earlier.

Dogecoin proved to not be infallible during the wider sell-off, falling 16% in the last 24 hours.

Outflows for digital assets in the seven days to 17 May were solely from bitcoin products, according to data from Coinshares, which totalled $98m or 0.2% of the assets under management. Though small, it marked the largest outflow seen since Coinshares began recording the data in early 2019.

“This idea of investing as just pure speculation is going to diminish, and ultimately I think that’s a good thing,” said Argonaut Capital’s Barry Norris, a crypto sceptic who has made a 50% return shorting popular crypto-exposed stock MicroStrategy in recent weeks.

“Most of the people who talk with this sort of religious zeal about crypto just have no idea about investment… Too many people have a sort of Jack and the Beanstalk attitude to investing, they’ve been trading in the family cow for some magic beans — let’s see where that takes them.”

One of Georgia Tech's most impactful incoming transfers could be EJ Jenkins. Jenkins is coming over from South Carolina, where he was used as a wide … END_OF_DOCUMENT_TOKEN_TO_BE_REPLACED

In 2021, Las Vegas experienced its most frenzied market in years. Any agent could put a house on the market and it had a considerable chance to sell. … END_OF_DOCUMENT_TOKEN_TO_BE_REPLACED