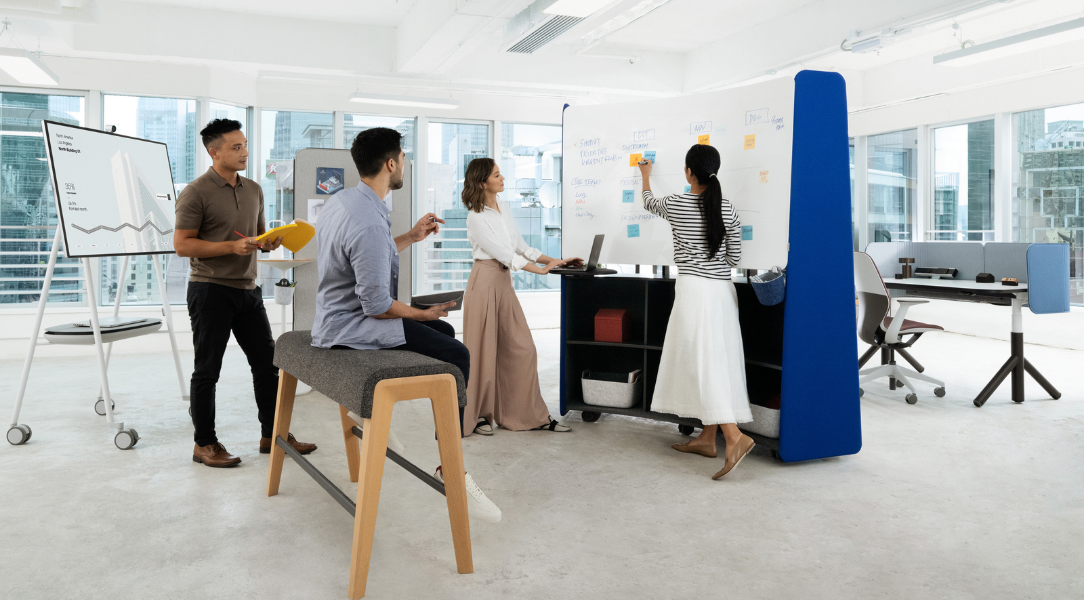 Many chief executives in New York and other big cities have happily returned to their offices as the COVID-19 pandemic subsides, but statistics show that not too many of their employees share their enthusiasm for returning to their desk, The Financial Times reports. Reasons for their hesitation include health concerns, lack of childcare or wanting to avoid a commute.

Office security system maker Kastle Systems’ “back-to-work” barometer showed 16.3% occupancy in New York offices as of May 5. That was just a 0.1% increase from the week before, and a few percentage points up from November.

“They’re trying to figure out how to get them back in, and who they can really push,” Ruth Colp-Haber, chief executive of Wharton Property Advisors, said of the CEOs who consult her on their companies’ property needs.

“Most CEOs are back, and they want their workforce back,” David Rubenstein, chief executive of Rubenstein Partners, a commercial real estate company told The Financial Times.

There are currently conflicting visions of how the workplace should look going forward. How much flexibility should workers have when it comes to where and how they do their jobs? Cities like New York are especially interested in the verdict, as their economies depend on office buildings being full. If too many employees continue to work remotely, demand for office space will decrease, as will the building’s value.

Several businesses have recently requested their workers return to the office. JPMorgan Chase told its workforce that it’s expected to be back in July. Blackstone, Goldman Sachs among others have done the same. Meanwhile, Google Chief Executive Sundar Pichai wrote in a letter to the company’s staff that he predicted that 60% of its workforce would be in the office a few days a week, 20% would work remotely full-time and another 20% would be in the office five days a week. IBM chief executive Arvind Krishna told Yahoo Finance he expected 80 per cent of staff to adopt a hybrid model, and that it would take a year or more for the situation to settle.

Some executives have said privately they are tempted to force their workers’ hand, The Financial Times reports. However, there’s concern that doing so might lead to talented employees going to work for rivals who offer more flexibility.

“I would say the head of HR and the chief executive of many companies are having that discussion right now,” Rubenstein told The Financial Times. He believes most employees will join their boss back to the office by September, if not sooner. Schools should be reopening and vaccines will have been made available to anyone who wants one.

“I don’t believe that huge sea change is going to happen,” he said. “People are going to want to be around when decisions are being made and things are happening.”

Could big workforce changes be ahead?

Phil Kirschner, who led WeWork’s outreach to big companies, and is now a workplace consultant, believes big changes are coming. Kirschner said that the COVID-19 pandemic confirmed the shift towards a more flexible work life that’s been happening for years, but many executives would not acknowledge.

“The desire for more flexibility is not new,” Kirschner said. “What’s been holding it back is managers who wanted to see workers in front of them to be assured they were productive. And now that bandage has been ripped off.”

Companies competing for young talent have been coming up with different appealing amenities prior to the COVID-19 pandemic. They may now have to add remote work to their list of benefits.

“Companies have to work harder than ever to make working for them feel truly compelling,” Kirschner told The Financial Times. “(Young workers’ mindset is), ‘I used to have to work in the office — now I don’t. So you have to convince me why I should.’”

The other side of the telework versus office debate is the need for collaboration. There are some jobs that are more independent, like a programmer, but other positions benefit from interaction. Chelsey Maddox-Dorsey, American Urban Radio Networks chief executive, said she’s open to more flexibility following the pandemic, but is concerned that the coordination and collaboration needed to produce and sell radio programming might suffer.

“To have in-moment feedback with team members, you need to be all engaged at the same time,” Maddox-Dorsey told The Financial Times. “So if you have people deciding at the beginning of the week what day they’re coming in, it feels like we’re working more toward individual schedules as opposed to having a joint goal as a company of what we’re trying to accomplish.”

Maddox-Dorsey also noted it’s not always easy to determine who needs to be in the office and who does not. Older, more experienced employees might not see the point of coming in if they can do their job from home. At the same time, their in-office presence could benefit a younger employee.

“It’s a personal choice but what we as CEOs have to do is manage a myriad of personal choices,” she said, “and sometimes they’re diametrically opposed.”

Joe Dyton can be reached at joed@fithgenmedia.com.

The University of Plymouth, the AHSN Network and Boehringer Ingelheim, has launched evidence-based recommendations to drive inclusive digital health … END_OF_DOCUMENT_TOKEN_TO_BE_REPLACED

This year’s Rising Stars of Private Equity has been published at a time of great uncertainty for the sector, as the young professionals on our list … END_OF_DOCUMENT_TOKEN_TO_BE_REPLACED

If you know of local business openings or closings, please notify us here.PREVIOUS OPENINGS AND CLOSINGS· Air Products and Chemicals Inc.'s chosen … END_OF_DOCUMENT_TOKEN_TO_BE_REPLACED