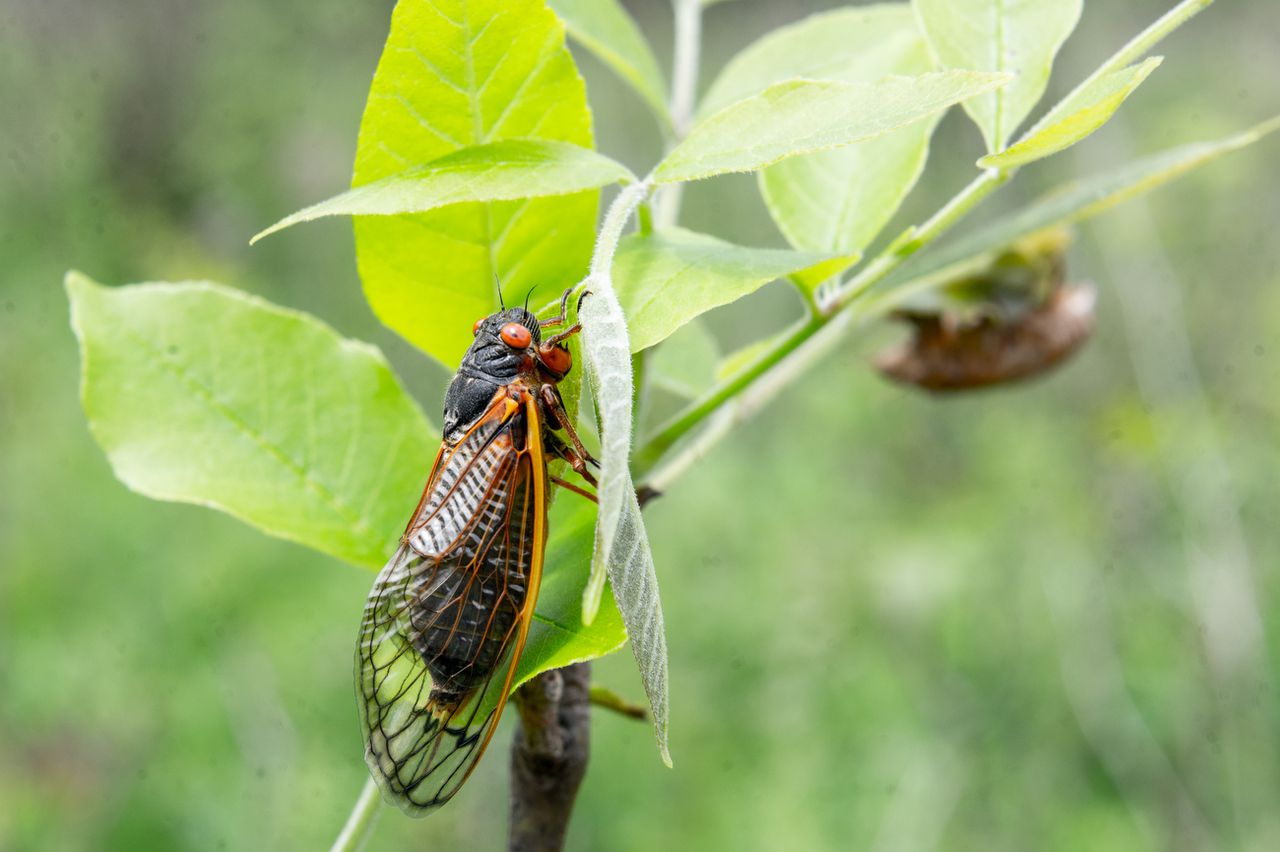 Here is that headline and some more you might have missed this week.

Brood X cicadas have begun to emerge in Michigan — and Ann Arbor is at the epicenter.

Hundreds of the eerie red-eyed insects were visible just east of town at Kosch-Headwaters Preserve Monday morning, climbing the small saplings and teasle reeds that line the trails to molt their exoskeletons before emerging as adult insects.

After an announcement earlier this week that at least part of the Ann Arbor Art Fair would be returning this summer, organizers confirmed the event is full-go.

An Ypsilanti Township man was taken to the hospital in critical condition after being stabbed multiple times in a Pittsfield Township business Saturday night.

Police were called at 6:33 p.m. Saturday, May 22, to Texas Roadhouse on 3133 Ann Arbor-Saline Road for a reported stabbing that had just occurred, according to the Pittsfield Township Police Department.

Thousands of protesters were in downtown Ann Arbor Saturday afternoon to rally and march in solidarity and support for the people of Palestine.

Protesters gathered outside Larcom City Hall, 301 E. Huron St., for the rally, where the group chanted, “Free, free Palestine” and “From the river to the sea, Palestine will be free” before listening to several speakers. The group then marched through downtown Ann Arbor before returning to City Hall.

Activists march down Washtenaw Avenue in memory of George Floyd

A fired up crowd of about 50 people marched down Washtenaw Avenue in Pittsfield Township Wednesday evening to recognize the one year anniversary of George Floyd’s murder.

The event, organized by Survivors Speak and Value Black Lives LLC, brought activists and community members down Washtenaw Avenue from the parking lot outside of Flagstar Bank, to Washtenaw County Sheriff’s office, where Trische Duckworth, executive director of Survivors Speak, spoke to the crowd.

For several weeks, a group of residents have been pushing for Pittsfield Township to look into the possibility of changing the layout of a housing development proposed on township land.

Pittsfield Township resident Markus Mobius, who lives in the Hawthorne Ridge subdivision next to the site of a proposed 62-unit development off Ann Arbor-Saline Road, wants Robertson Brothers Homes, the Bloomfield Hills-based group developing the property for the township, to use an alternate concept plan.

Motorcyclist killed in crash with SUV in Ypsilanti Township

A motorcyclist was killed Monday night when he crashed into an SUV making a left turn at an intersection in Ypsilanti Township.

Rescue crews were called at 9:25 p.m. Monday, May 24, to the intersection of Martz and McKean Roads for a reported crash that had just occurred, according to the Washtenaw County Sheriff’s Office.

Crews arrived to find a motorcyclist, a 27-year-old Milan man, had suffered fatal injuries in a crash with an SUV and was pronounced dead at the scene.

See the peonies in bloom at University of Michigan garden

The peonies at Nichols Arboretum have begun to show their beautiful blooms again – a sure sign that summer is near.

At their peak in early June, nearly 800 plants and 10,000 flowers will dazzle visitors to the university’s garden, which hosts what the University of Michigan claims to be the largest collection of heirloom peonies in North America.

A new group in Ann Arbor is hoping to convince the city to expand its vision for the Treeline urban trail to make it a full loop around town.

Ann Arbor had 170 city employees who earned six figures in 2020, and the top 20 combined collected over $3.3 million in wages.

Below is a breakdown of all forms of pay in 2020 for the city’s highest earners, based on records obtained by The Ann Arbor News/MLive under the Freedom of Information Act.

Kandace Jones will bring a wealth of experiences from the world of education to her role as the newest Board of Education member for Saline Area Schools.

Jones, who formerly served as chief of staff in the Office of Elementary and Secondary Education for the U.S. Department of Education, received unanimous recommendation and support in a 6-0 vote from the Board of Education to fill the vacancy on the Saline school board Tuesday, May 25.

Ann Arbor’s ProQuest LLC is set to be acquired by technology firm Clarivate PLC in a $5.3 billion deal by the third quarter of 2021.

This combination opens a gateway of one of the world’s largest information sources serving education, science and intellectual property professionals worldwide, according to a press release.

Posts on Truth Social in which users call for civil war and advocate for violence against the FBI remained online Friday, some of them days after they … END_OF_DOCUMENT_TOKEN_TO_BE_REPLACED