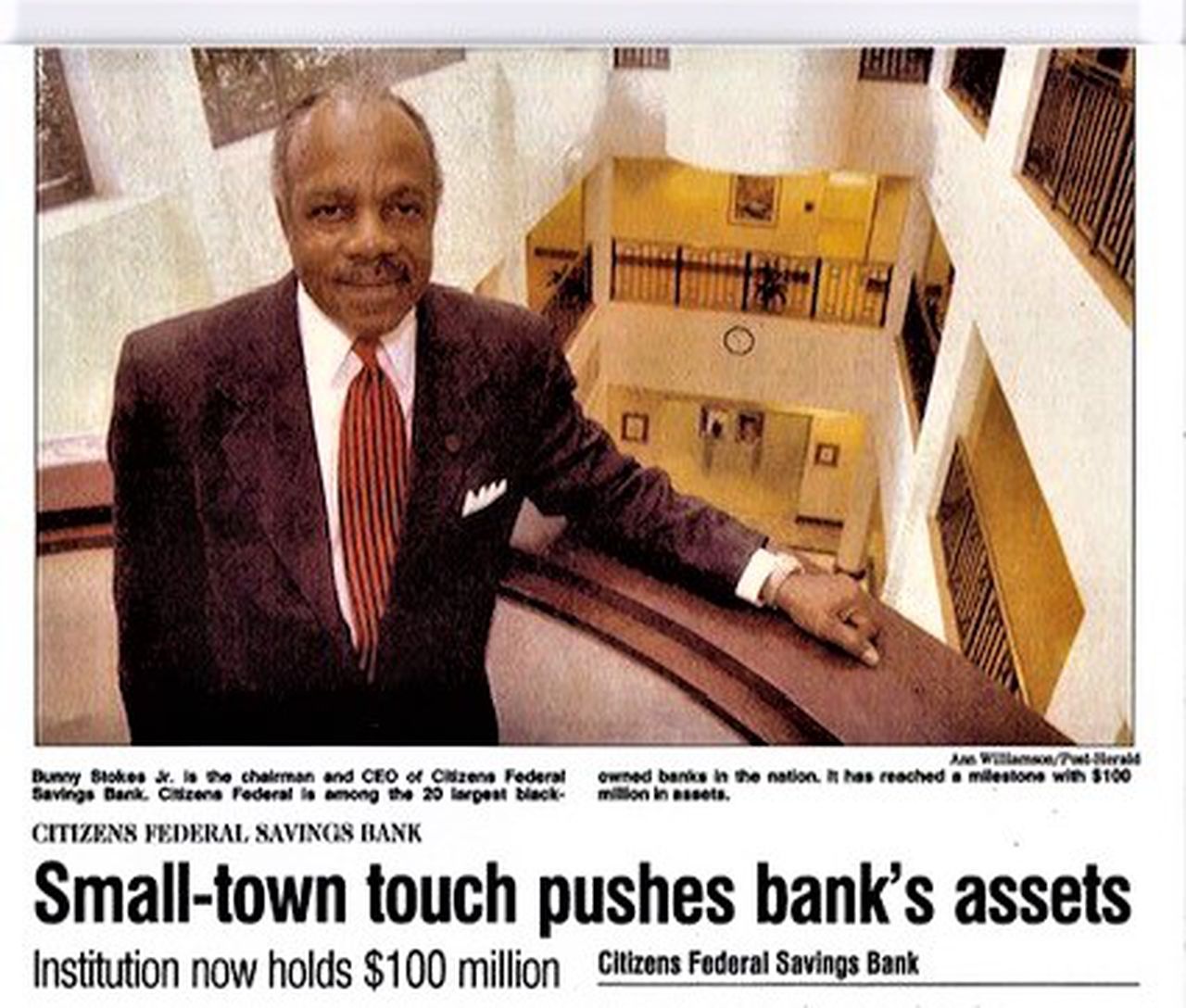 They were a unique, historic, and powerful fraternity.

Fraternity, yes. All men. All products of an age not quite yet willing to elevate women to a deserved place alongside them.

They were A.G. Gaston’s most trusted. His most loyal. They were educated and savvy.

They helped build, grow and sustain the varied enterprises comprising the portfolio of Birmingham’s most revered Black businessman. Heck, most revered businessman, if not certainly in the room.

Now, they are all gone — all the senior executive leaders who helmed insurance and banking ventures birthed by Gaston. Ventures that showed Black men could thrive, independently, in sectors that scoffed at their skills, scoffed at their aptitude.

Scoffed at their skin.

Bunny Stokes, Jr. died this week. He was the last of them, the lone remaining of the senior executives who worked under Gaston’s tutelage.

Call them Baby Gastons. Black men who ran stuff — who nurtured the varied fruit of Gaston’s dreams. They were hand-picked, tutored, and empowered by the grandson of slaves who died a millionaire. A founder of an insurance company, bank, motel, funeral home, construction company and so much more.

Louis Willie was the first among them to leave us. He died in 2007 at age 84. Gaston lured him to Birmingham after Willie earned an M.B.A. from the University of Michigan. He grew and guiding various businesses, served for a time as president of Gaston’s Booker T. Washington Insurance company.

“He was Gaston’s right-hand man,” says Bob Dickerson, who worked briefly at Citizens Federal Savings, the bank Gaston founded in 1956. The first Black-owned bank in Birmingham in four decades.

Willie also toppled many of the city’s social racial barriers, becoming the first Black member in spaces where we are now all but common. Like The Club and the once stone-cold white Shoal Creek Country Club.

Two years after Willie’s death, Kirkwood Balton was gone, too, at 74. He spent 42 years with Gaston and sat at the helm of WENN-FM radio and the insurance company.

Collegeville native Walter Howlett, Jr. died in 2017. He was 68 and president/CEO of the businesses that remained at that time, primarily A.G. Gaston Construction, which still endures.

“Bunny goes down with those iconic execs,” Dickerson says.

Stokes joined Citizens in 1968 and didn’t leave until retiring in 2016 as President, Alabama Division of then Citizens Trust Bank, having been absorbed by Black-owned Citizens Trust Bank of Atlanta in 2003. In 1968 he stood alongside Gaston as the boss signed the contract purchasing the building on Third Avenue North where the institution still resides.

Jason Eppenger succeeded Stokes as the inhabitant of the sprawling office on the building’s third floor. He credits his predecessor with representing Black men in banking in an age when white banks were just beginning to allow Blacks to elevate to a deserved place.

“There would not be a me,” Eppenger says. “I would not have been able to succeed at white institutions., succeed him had he not modeled what success for a Black man in banking looked like.”

Outside of the bank, Stokes modeled success in real estate, too. He built an enterprise beyond the vast Gaston footprint selling residential and commercial properties throughout the state.

Dickerson says he got to know Stokes as they drove to inspect properties the bank was considering for business.

“If there was a Baby Gaston employee Hall of Fame, Bunny would be in it,” he added. “A.G. Gaston trusted him, and he was loyal.”

By Rajesh Rege Until very recently, sustainability did not gain currency as a defined corporate objective across a majority of industrial sectors. … END_OF_DOCUMENT_TOKEN_TO_BE_REPLACED

The revelation that a cryptocurrency lobbyist donated £500,000 to the Conservative Party two months before the government pledged to turn the UK into … END_OF_DOCUMENT_TOKEN_TO_BE_REPLACED

WASHTENAW COUNTY – An indoor saltwater pool, vaulted ceilings and rolling hills are the highlights of a spacious 14,000-square-foot estate in between … END_OF_DOCUMENT_TOKEN_TO_BE_REPLACED