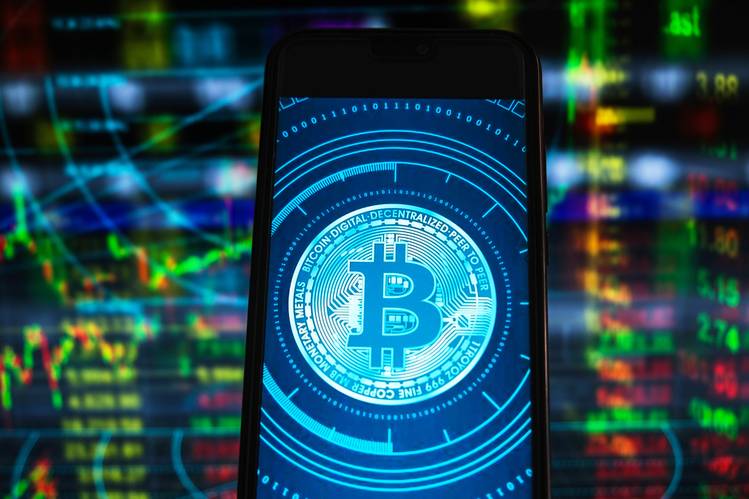 Bank of England boss Andrew Bailey recently said cryptocurrencies hold no intrinsic value, and warned investors to buy them “only if you’re prepared to lose all your money”.

This has long been the line from traditional economists, given that cryptocurrencies such as bitcoin and ether continue to be plagued with volatility that limits their usefulness.

Arguments in favour of digital assets now lean towards their use as a diversifying investment vehicle, rather than their micropayments origins, based on the extrinsic value that can lie in their scarcity. This, it should be noted, conveniently sidesteps the current problem that often sees prices swing by more than $10,000 in a day, and what that could do to institutional or corporate portfolios on a major scale.

Cryptocurrencies were heralded by their early adopters for being outside the reach of the long arm of the law, in that no regulator could hold significant sway over one or the other, or easily trace transactions if their owner wished to stay hidden. This is one of the most pressing reasons why watchdogs are concerned about their proliferation, and have yet to make a proper ruling on how cryptos could be regulated. It is a matter that takes some thought.

Additionally, the creation of privately-backed digital currencies, such as Facebook’s Diem, poses competition concerns in an already crowded payments space. If Facebook already has a monopoly over social media, what’s to say the company and its partners couldn’t establish monopolistic control over mobile payments in future? Other tech firms are most certainly already on their way, at least in the digital wallet sense, thanks to smartphone payment systems such as Apple Pay and Google Pay.

Instead, governments and banking regulators globally are attempting to figure out how to take the best bits of cryptocurrencies — i.e. that payments technology behind them — and turn that into an economic and geopolitical advantage. In that sense, this is where the similarities between central bank digital currencies and cryptoassets end.

In the UK, the Bank of England and the Treasury have launched a joint taskforce to explore a digital sterling, or ‘Britcoin’, as it has been dubbed by sector commentators. Chancellor Rishi Sunak said a UK CBDC could be used by households and banks alike for digital payments, without replacing the need for cash, though the concept is still in consultation.

Others, such as Canada, have concluded that there is “currently no compelling case” to develop a CBDC. China’s digital yuan is one of the most advanced projects created by a major economy so far, though consumer participants in early trials for the technology told Bloomberg that they were indifferent to switching from an already mobile-first payments culture.

A report by Goldman Sachs this month noted that to get around the issue of requiring identification for payments using CBDCs, regulators will instead ask commercial banks to monitor customers and transactions. Those banks, it seems, will be lumbered with the risk of money laundering and face the consequences if they fail to track criminal use adequately.

But time is of the essence — if one CBDC were to gain first-mover advantage over the others, or if private cryptocurrencies and stablecoins became viable for use in everyday payments, the displacement of a national currency would have significant consequences for financial stability and monetary policy.

“A CBDC could pose two key risks if not designed thoughtfully: disintermediating banks and facilitating illicit activity,” said Goldman analysts in the 3 May note. To combat this, most proposals would impose caps on balances, pay no interest and require some level of user identification for transactions.

The investment bank’s conclusion was that at this point, “many of the alleged benefits could be attained in more traditional ways or would require a more radical form of CBDC than policymakers are willing to adopt”.

As a result, while it’s unlikely that bitcoin’s dominance could be toppled by a CBDC any time soon given their differences, central banks will soon need to act on how they regulate the cryptocurrency space.

“My belief is that governments and more digitally-aware populations may ultimately prefer to go with CBDC, at least for general use, at the possible expense of some cryptocurrencies,” said Christian Nolting, Deutsche Bank’s global chief investment officer, in a special report last month.

“If this happens, then the more successful cryptocurrencies are likely to become increasingly differentiated in terms of business models and utility. As I said, financial innovation is continuous and it will not stop here.”

Get The Fintech Files newsletter every Tuesday.

Get the The Fintech Files newsletter FNLondon every Tuesday.

A prototype, all-electric airplane took its first flight Tuesday morning in central Washington state. The Seattle Times reports that if the Federal … END_OF_DOCUMENT_TOKEN_TO_BE_REPLACED

Even with the market seemingly finding new depths each day, now is probably not a good time to bet on the Federal Reserve to ride in and save the day … END_OF_DOCUMENT_TOKEN_TO_BE_REPLACED

WASHINGTON (AP) — Democratic Sen. Joe Manchin has abandoned, for now, his push to speed up the permitting process for energy projects, easing the … END_OF_DOCUMENT_TOKEN_TO_BE_REPLACED