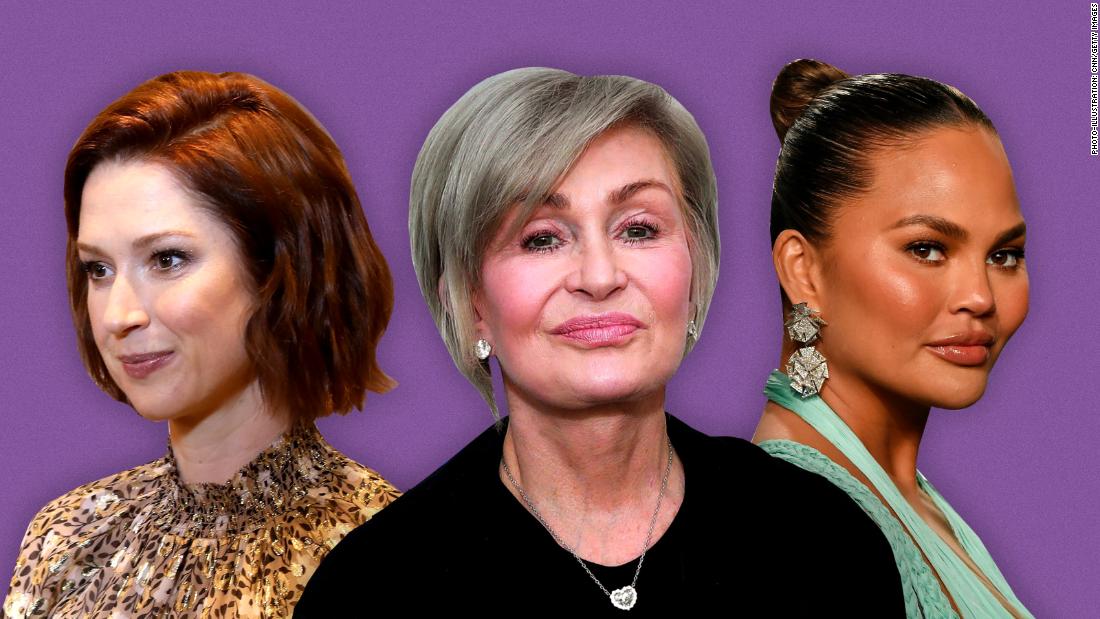 As a result, some on social media called for Teigen to be “canceled.” The term is now so ubiquitous it has practically lost meaning, but it roughly translates to showing disapproval of a celebrity by ignoring them and their work.

“Going outside sucks and doesn’t feel right, being at home alone with my mind makes my depressed head race,” Teigen wrote.

“Cancel club is a fascinating thing and I have learned a whollllle lot. Only a few understand it and it’s impossible to know til you’re in it. And it’s hard to talk about it in that sense because obviously you sound whiney when you’ve clearly done something wrong,” she continued. “It just sucks. There is no winning”

For those who have felt canceled, winning may just mean surviving it.

Lori Levine, founder and CEO of Flying Television, a company that forges partnerships between brands and celebrities, and provides talent booking, public relations and brand consulting, says coming back from cancellation isn’t easy, but it is possible.

“There is a way for celebrities to bounce back from being ‘canceled,’ at least there is in America. Overseas audiences are much more forgiving. But here in the United States an ‘apology tour’ is usually what’s needed,” she explains.

Levine says that celebrities can redeem themselves if they “take a certain amount of time to stay quiet, stay off social media, not engage in any press interviews, then slowly return explaining that they have ‘done the work’ [and] are feeling remorseful.”

Often a high-profile press interview helps, Levine says, if it’s one in which the canceled celebrity answers tough questions and has a chance to redeem themselves.

But that doesn’t happen without some major movement behind the scenes.

Celebrity cancellations — in most cases — start on social media. Something unpleasant or downright terrible surfaces and quicker than a 280-character tweet, a star goes from admired to vilified.

Tanya Cook, a Sociology Professor at the Community Coolege of Aurora in Co., says that cancel culture is essentially a collective “boycott” of a person and a way of holding celebrities accountable for their actions.

“It’s a buzzword in that we are all talking about it, but it’s not necessarily a new phenomenon, right? If we think about the way individuals are held accountable to societies for their actions has gone on [forever.] It reminds me in sociology of stigma. This is a process of sanctioning someone in a way that they get stigmatized.”

For Nathan Miller, founder and CEO of Miller!ink, which helps celebrities and brands navigate crisis, surviving a cancellation is about overcoming a “large social, personal or professional cost that is imposed on you because of something you’ve said or done.”

“You’re paying a cost in some way,” he says.

Miller’s work often starts with a phone call from a client in crisis.

“My advice is always is take a beat, take a deep breath, give me all the facts as to what the nature of something is,” he says. “I need the unvarnished truth, I need to understand what is really going on. So if something needs to be contextualized and explained for the way it’s being presented, then that’s one thing I do. If something requires an apology, that’s something we [work on.] And, you know, when you’re dealing with communicating to the public, the coverup is often worse than the crime.”

The art of the apology

A canceled celebrity’s chances for overcoming crisis depend on the perceived offense, Miller explains.

An off-color tweet, resurfaced racist or homophobic jokes, accusations of bullying or cultural appropriation are just a few reasons a celebrity could be canceled.

“There are certainly instances when it makes sense to take a beat, stop commenting, and then come back at an appropriate moment when you have the right words, when you have a message that’s rooted in something that’s authentic and true,” Millers says about responding to crisis.

Some situations call for a celebrity to “get their house in order,” according to Miller.

“When there’s developments that have to happen behind the scenes, either within that person or them understanding what they want their next step to be, sometimes it’s better just to be quiet for a bit, figure out what your next steps are, and then come back and deliver a message when there’s a little less attention. Then you can frame the narrative moving forward.”

A “time-out” may mean staying off social media, staying home, and avoiding the paparazzi.

Apologizing is an “art not a science,” Miller adds.

Ryan McCormick, Co-Founder and Media Relations Specialist at Goldman McCormic, an experienced crisis PR firm based in New York, tells CNN that when a publicist has to deliver bad financial news to a client, it usually comes with a gift basket — and some therapy.

“When a celebrity is officially dropped from a brand the publicist should focus immediately on providing comfort and consolation, send a big gift basket and be there 24/7 for them,” he says.”They should also give reassurances about the future and offer actions about what that celebrity can take to make their situation better. Telling a client to drop out of the public eye for a few months isn’t a bad idea. Right now the world is moving so fast and most people have a very short attention span. The likelihood of a global event or national scandal eclipsing what your client had been involved in is reasonably high. Let time heal.”

Cook says isolating someone like this can cause mental health issues.

“If you have ever been ostracized or shamed it is painful, you can experience depression and anxiety,” she says. “And I think as we know, physical and mental health are connected, so it can be quite physically painful as well. And so in the sense when we cancel someone that affects their livelihood, or, for a lot of individuals, they’re not allowed to participate, not only in public life, but they’re not allowed to have the benefits of that fame or continue in their job.”

Cook says when this happens the person can often feel “dehumanized.”

Why are we as humans so quick to jump on someone?

“I think that has to do with this phenomenon about ‘you are required to have an opinion on things,'” she says. “And we’ve as a society taken that to an extreme reaction where people hear this and then you’re judged as an individual, if you continue to support that person or if you continue to sponsor them.”

Cook says if someone’s actions weren’t criminal — and the celebrity has taken time to genuinely reflect and learn — then public forgiveness is possible.

“As a culture and as Americans, we really like success stories, but we also really, really like to see people fail,” she says. “That’s quite pathological, but I’m thinking about someone like Lance Armstrong, right? And some very, very famous falls from grace. But then we love [the comeback.]”

Crisis handler Miller says for for people who have had a controversy, “the first thing they have to accept is they’re never going to please everyone with their response” to it.

“There’s always going to be haters,” he says.

Teigen will very likely “find her place again,” as she expressed as her wish this week.

“If you have a response that’s authentic that people understand to be rooted in what you actually believe, a large percentage of the public will usually forgive you and allow you to move on,” Miller says.

Originally named Hotel Belvedere and located at the intersection of Chase and North Charles Street, the asset was the hotel of choice for an eclectic … END_OF_DOCUMENT_TOKEN_TO_BE_REPLACED

Please be fire aware, and stay and play responsibly. Summer in Flagstaff is a spectacular season of fun in the sun, and Flagstaff365.com is the … END_OF_DOCUMENT_TOKEN_TO_BE_REPLACED

The University of Plymouth, the AHSN Network and Boehringer Ingelheim, has launched evidence-based recommendations to drive inclusive digital health … END_OF_DOCUMENT_TOKEN_TO_BE_REPLACED