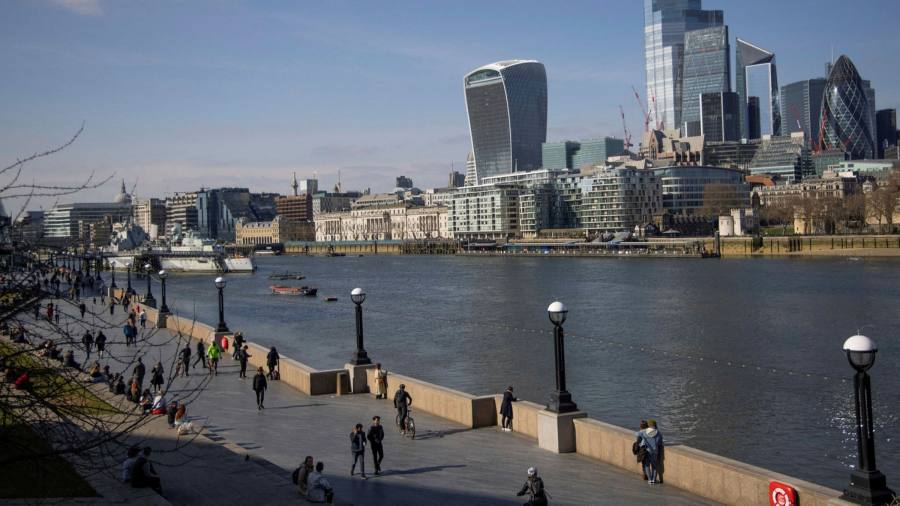 The chief of the CBI has urged the government to work with British businesses to help the economy recover after the pandemic as the employers’ group seeks to reset relations with ministers after Brexit.

The group has set out a £700bn economic plan it wants the government and British businesses to follow to help the country recover from the “twin shocks” of Brexit and Covid-19.

As part of this programme, the business group called on ministers to reform UK regulation to incentivise investment and innovation, such as by requiring all regulators to prioritise these areas as part of their core remits.

In a report to be published on Monday entitled “Seize the Moment”, the CBI also wants ministers to help develop economic clusters around the country, building regional and national comparative advantages such as in renewables in the North East and in advanced manufacturing in the West of England.

The five-year plan marks an attempt by Tony Danker, who joined the CBI recently as director-general, to relaunch the employers’ organisation, which had a fractious relationship with ministers for several years owing to its opposition to Brexit.

Danker said that the government’s economic ambitions needed to be turned into business policies. He pledged to work closely with Boris Johnson’s government on the plans, promising that the CBI would “roll its sleeves up” to help with a range of activities across the UK.

“This is the moment where we have a genuine chance to make big bets on how the UK economy will grow and compete,” he said. “To use that appetite to invest, to collaborate globally after a decade of protectionism.”

If the UK manages to achieve improvements across a range of areas — from growing overseas trade, developing skills and decarbonisation strategies — then the result would be an economic boost of about £700bn.

Tony Danker of the CBI: ‘This is the moment where we have a genuine chance to make big bets on how the UK economy will grow and compete.’ © Anna Gordon/FT

He said that the CBI would create ‘action groups’ of business leaders to push the plan on the ground and to conduct a progress review at its annual conference every year for the next five years.

The CBI also wants to encourage businesses to step up exports. Danker said that here needed to be a “normalisation” of relations with the EU as a trading partner, adding that there had been a “high degree of politics” so far in negotiations with the bloc. It had been an “expensive and bureaucratic” five months for many small businesses, he said.

The CBI wants to develop “superstar” exporters that export 10-plus products to 10-plus markets — currently only about 14 per cent of exporters do, compared with 40 per cent in Germany.

Meanwhile, the group called for a reassessment of the tax system to ensure that restoring public finances is done in a way that also supports business investment and international competitiveness. The government has proposed raising corporation tax in 2025 from 19 per cent to 25 per cent.

The CBI also wants to form a group co-chaired with Treasury and the Bank of England to bring together companies and investors to provide better access to pension funds, patient capital and private sector finance.

The UK should build on world-beating capabilities in financial services, information and communication, and education, it said, with opportunities to open up markets in the US, India, and China, as well as in south-east Asian countries.

To help develop a decarbonised economy, the CBI said that the government should commit to the development of seven gigafactories by 2040 and support the electric vehicle market. It wants ministers to pledge to increase spending on R&D to £22bn by 2024-25, and commit to gigabit-capable broadband coverage across the UK.

Franchise concepts that teach skills to children seems to be a recipe for success here on Long Island. Whether they focus on education, like The … END_OF_DOCUMENT_TOKEN_TO_BE_REPLACED

CNBC's Jim Cramer on Wednesday told investors that they should take gloomy economic commentary from bank executives with a grain of salt. "Don't panic … END_OF_DOCUMENT_TOKEN_TO_BE_REPLACED