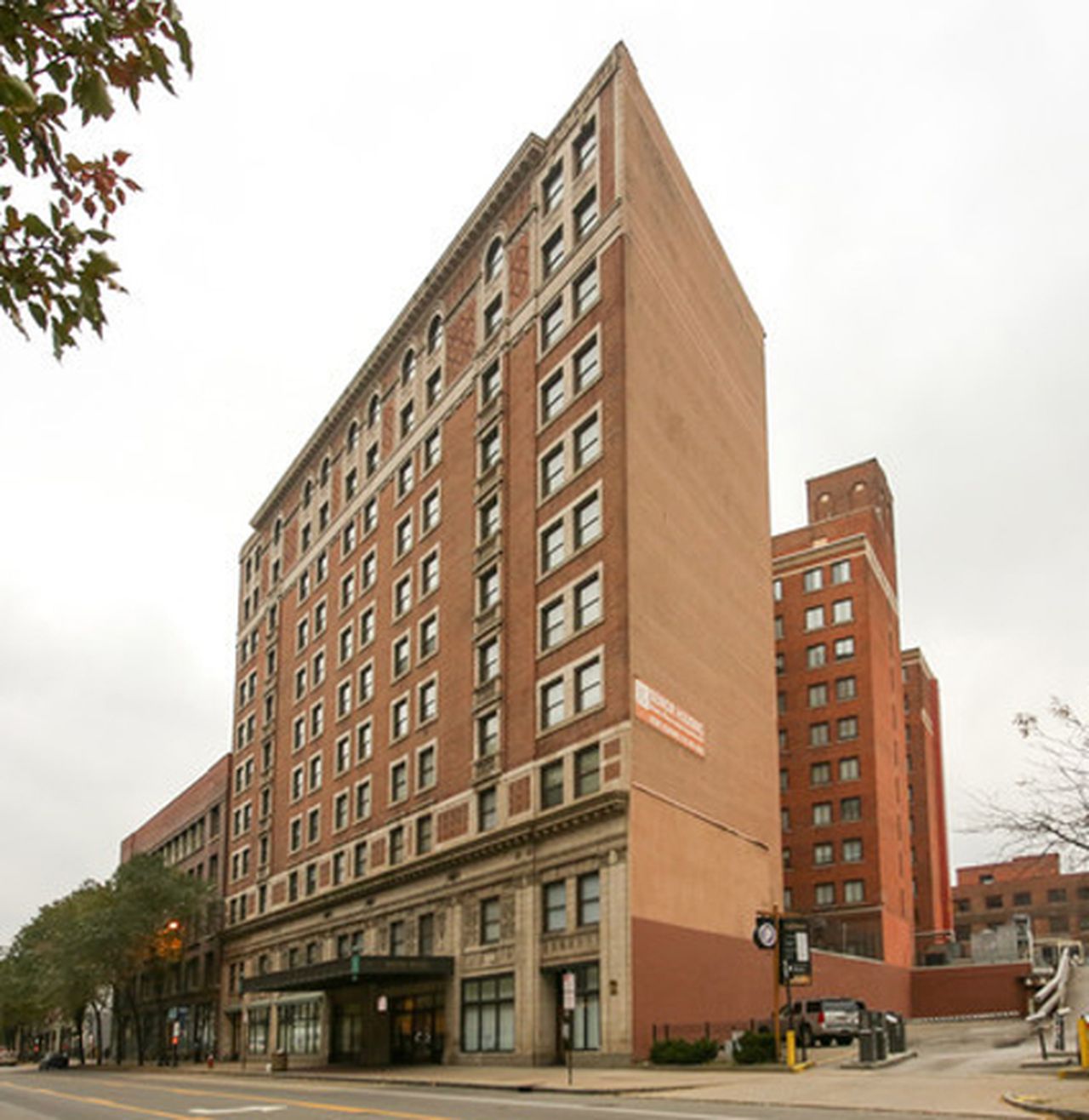 CLEVELAND, Ohio — A Chicago company said it bought a 270-unit apartment building in the Historic Gateway neighborhood of downtown Cleveland that serves as federally-subsidized affordable housing for seniors and people with disabilities, and plans to renovate it.

Evergreen Real Estate Group said in a news release that it bought the 11-story former Carter Manor Apartments building, also known as Winton Manor Apartments, in the 1000 block of Prospect Avenue East. In addition to the apartments, the building is also home to Domino’s Pizza, Liberty Labor and Guardian Title, and Guaranty Agency on the ground floor.

The purchase price was not immediately available, though the release said Evergreen now manages the building. Details of the sale were not yet available on Cuyahoga County’s property records website, which still said the building is owned by Salus Development of Cleveland.

A spokesman for Evergreen declined to release details. A call left for Salus Development’s president was not immediately returned.

The building dates to 1917 and was designed by architect Max Dunning, according to the release. At the time, it opened as the 600-room Hotel Winton and its claim to fame was that its kitchen was helmed by Ettore Boiardi, known to most as Chef Boyardee.

In 1971, Carter Manor was renovated into an apartment building following a fire. The Ferchill Group of Cleveland bought the building in 2004, saving it from foreclosure from the Department of Housing and Urban Development, and completed a $28 million renovation of the building.

Evergreen now plans to perform $18 million in improvements and complete them between June and December 2022. It plans to repair the façade, update three elevators and the parking garage, replace the roof and update major mechanical systems, according to the news release.

Evergreen plans to preserve the affordable housing aspects of the building, which range from studio to two-bedroom apartments. The project received Federal Low Income Housing Tax Credits for the project. The release stated that residents and commercial tenants will not be displaced during the renovations.

“Carter Manor is a natural addition to our growing portfolio of affordable and mixed-income housing communities, and I couldn’t think of a better way to enter the Cleveland market than by preserving this historic property,” said Evergreen Director of Acquisitions Kevin Beard said in the news release. “Our substantial investment in the building will benefit existing residents and ensure Carter Manor continues to serve the greater Cleveland community for years to come.”

Once you buy a business, the real work starts. It’s not enough to simply maintain the status quo, even if you’re making a profit. A fresh pair of … END_OF_DOCUMENT_TOKEN_TO_BE_REPLACED