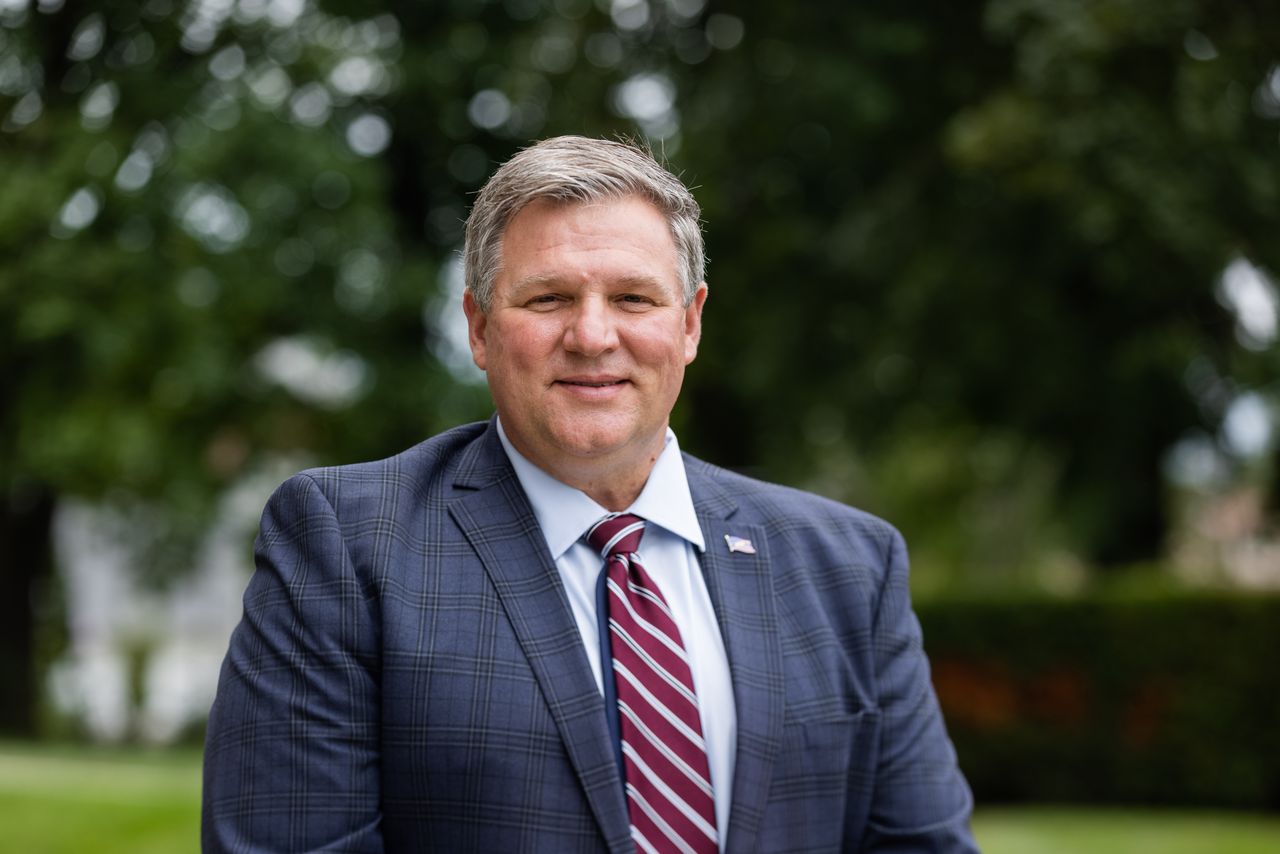 CHICOPEE — Mayor John L. Vieau formally announced his plans to run for reelection on Wednesday after submitting his nomination papers.

Vieau is the first mayoral candidate to have papers certified to appear on the ballot. Three other people, Angela Breault-Klusman, Alissia J. Heath and Claire Bertrand, have taken out papers to run for the position and have up to Aug. 3 to return them with the 250 signatures needed.

Vieau took office in January 2019 after serving 10 years on the City Council, four of them as president. Barely two months after he was sworn in as mayor, the coronavirus pandemic hit.

“I look back on the past year and a half, I think about what we were able to accomplish during this challenging period,” he said. “I’m excited about what we can accomplish moving forward and I know that should we be faced with another unprecedented event, that our city is prepared.”

He talked about Chicopee being one of the few communities to operate its own long-running testing facility, being among the first in the state to issue a mask order for businesses, and the pickup meal services that provided thousand of lunches and dinners to the elderly and children. He also thanked state and federal lawmakers who came through with the money to make it possible for the city to weather the financial difficulties of the pandemic.

“Together we worked through the challenges, providing over 60 grants to keep businesses open. We helped over 30 families stay in their homes through rental assistance and provided free COVID testing to Chicopee residents,” he said.

Vieau also talked about how city officials and residents learned to adapt amid the struggle to help those who did get sick, and the sadness of losing friends. Teachers learned to run classes by computer when schools had to close and car parades and online gatherings replaced special events.

“We learned something through this pandemic. Chicopee is resilient. We took care of each other while also making great strides toward improving our future,” Vieau said.

He said he continues to make sure vaccines are easily accessible to the public, including working with the Holyoke Health Center to create a mobile vaccine bus, and urged anyone who hasn’t received one to make an appointment.

The city is now seeing a sharp decline in new cases and working toward lifting emergency orders. Vieau said he is hoping in his second term to focus more on moving the city forward.

“Economic development and growth and new jobs are things I want to focus on in the future,” said Vieau, who has a degree in civil engineering and worked as a certified real estate appraiser for the state Department of Transportation before being elected as mayor.

Vieau said he is happy with some of the work he and city staff has done to make improvements downtown, including adding a pop-up park in a vacant parcel of property and developing a farmers market that will open soon next to City Hall.

If reelected, Vieau said he is looking forward to continuing to try creative ways to redevelop downtown.

The city also managed to mostly complete the first phase of renovations of the historic City Hall and Vieau said he is looking forward to the second phase of work to modernize and spruce up the building.

“I look forward to continuing to make Chicopee a great place to live, work and raise a family,” he said.

He thanked the team of city employees, the City Council and others who worked together over the past 15 months to ensure children still were able to attend school, both in-person and virtually, and essential services such as trash collection and police and fire coverage never missed a day.

“I think Chicopee has so much potential,” he said. “I’m all about pride and I want our talented young people to come back here after college.”

CNBC's Jim Cramer on Wednesday told investors that they should take gloomy economic commentary from bank executives with a grain of salt. "Don't panic … END_OF_DOCUMENT_TOKEN_TO_BE_REPLACED