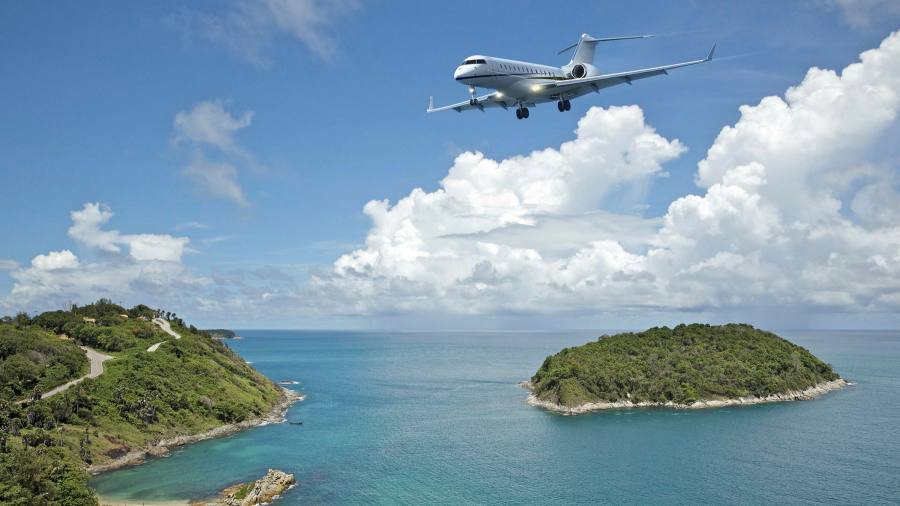 Companies and wealthy individuals in China have sharply increased their use of private jets this year, with total flights almost doubling compared to pre-pandemic levels as the country’s economic recovery prompts a shift in business travel.

Domestic use of jets either hired privately or flown exclusively for their owners are up 87 per cent this year compared to the same period two years earlier, according to data from WingX Advance GmbH, a data company.

The rise comes alongside China’s economic recovery from the coronavirus pandemic. Although the global pandemic began in China in late 2019, the ruling Communist Party managed to bring it under control relatively quickly by sealing the country’s borders and imposing harsh lockdowns and mass testing.

China’s growth has outpaced other major economies, surpassing pre-pandemic rates by the end of last year and restrictions on domestic travel have been eased.

Richard Koe, managing director at WingX, said the frequency of commercial flights globally is still down by 29 per cent this year compared to last year, while private jets are 18 per cent busier but remain down on 2019.

Private jet operators say the rise in demand in China also reflects remaining limitations on commercial airlines, as well as concerns from executives about sharing planes with large numbers of fellow passengers.

Li Bokai, president of operator Business Aviation Asia estimated that a passenger on a commercial flight might have contact with more than 1,000 people compared to just 10 on a typical business jet.

Operators said the most popular destinations were Beijing, Shanghai and Shenzhen. A flight from Shanghai to Shenzhen costs about $45,000 for a maximum of 15 people in a Gulfstream G550 according to L’VOYAGE, a private jet charter broker based in Hong Kong.

The company said it has seen demand for chartered flights from businesses that have benefited from the pandemic, such as mask manufacturers and pharmaceutical companies.

“For private jets carrying passengers incoming from international routes, it is very difficult to get the permits granted for those flights,” Lau said.

International private jet flights to and from China are down 91 per cent this year compared with the same period two years earlier, according to data from WingX.

Lau said their fleet brought back many overseas students and seniors with medical needs to China, as well as a 60-person business delegation from Wenzhou stranded in Florence last April.

“Now that they [companies] have realised the convenience of business jets, even after the epidemic, they will continue to use them,” added Li.

CNBC's Jim Cramer on Wednesday told investors that they should take gloomy economic commentary from bank executives with a grain of salt. "Don't panic … END_OF_DOCUMENT_TOKEN_TO_BE_REPLACED