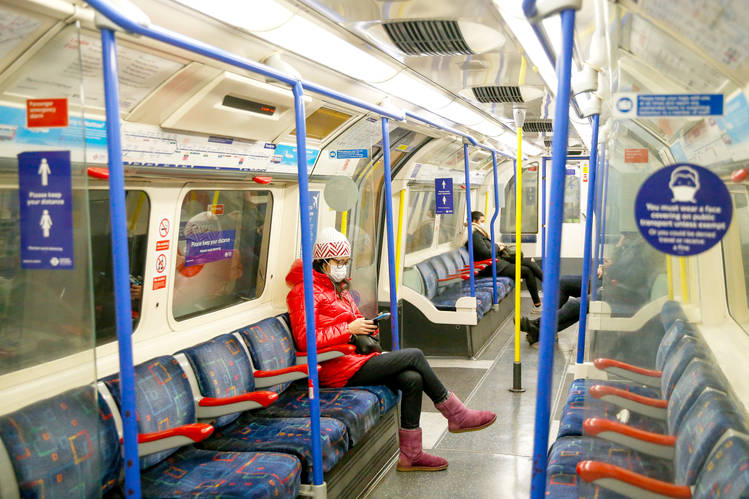 Footfall across the City’s tube stations has crashed to as little as 10% of its pre-crisis level, figures provided to Financial News show.

Data disclosed by Transport for London under the Freedom of Information Act show that in the first week of March last year, before lockdown measures were introduced, Bank station registered around 413,000 entry taps and 383,000 exit taps across Oyster and other contactless payment cards.

Fast forward to the final week of March 2021, the most recent week for which figures were available, and just 31,000 entry taps and 33,000 exit taps were recorded.

The figures paint a similarly grim picture for other key City stations. Neighbouring Monument registered some 124,000 entries and 152,500 exits back in the first week of last March. This dropped to 15,500 entries and 17,500 exits in the latest data.

Mansion House comes in at just 5,500 entries and exits, another dramatic fall of more than 90% compared to pre-pandemic levels.

Canary Wharf’s DLR stop was recording just shy of 40,000 weekly passengers last March, and its underground station in excess of 278,000 entries and 413,000 exits.

Reviewing a sample of stations in the nearby area shows that entrances to Knightsbridge have fallen 75%, Sloane Square 75%, and South Kensington 82%.

The figures will raise fears over the future of firms that support staff across financial services, from clothing retailers to food outlets and entertainment venues.

Speaking to BBC Radio 4 in March, City of London Corporation policy chair Catherine McGuinness said the organisation remained bullish on the prospects for Square Mile’s small businesses, as she predicted that the majority of employees would at some stage return in person to offices.

However, Google’s Covid-19 Community Mobility Report for the City of London published at the beginning of this month, which tracks the places users visit or spend time in, shows the extent of the City’s struggles.

Compared with a baseline reading, which takes the average from the five-week period from 3 January to 6 February 2020, the report shows that visits to retail and recreation venues was down 78%. While visits to supermarkets and pharmacies, grouped together as essential journeys during lockdown, were down only 4% across Greater London, those in the City were down 12%, and while Greater London’s parks attracted 6% more visitors overall, 77% fewer people visited the ones located in the City.

After winning the election race at the weekend, the figures will heap further pressure on London’s mayor, Sadiq Khan, to find a sustainable model for funding the City’s public transport network with significantly reduced usage.

Harrison Butker is going to be playing for another Super Bowl with the Kansas City Chiefs.Butker nailed the game-winning field goal to send the Chiefs … END_OF_DOCUMENT_TOKEN_TO_BE_REPLACED