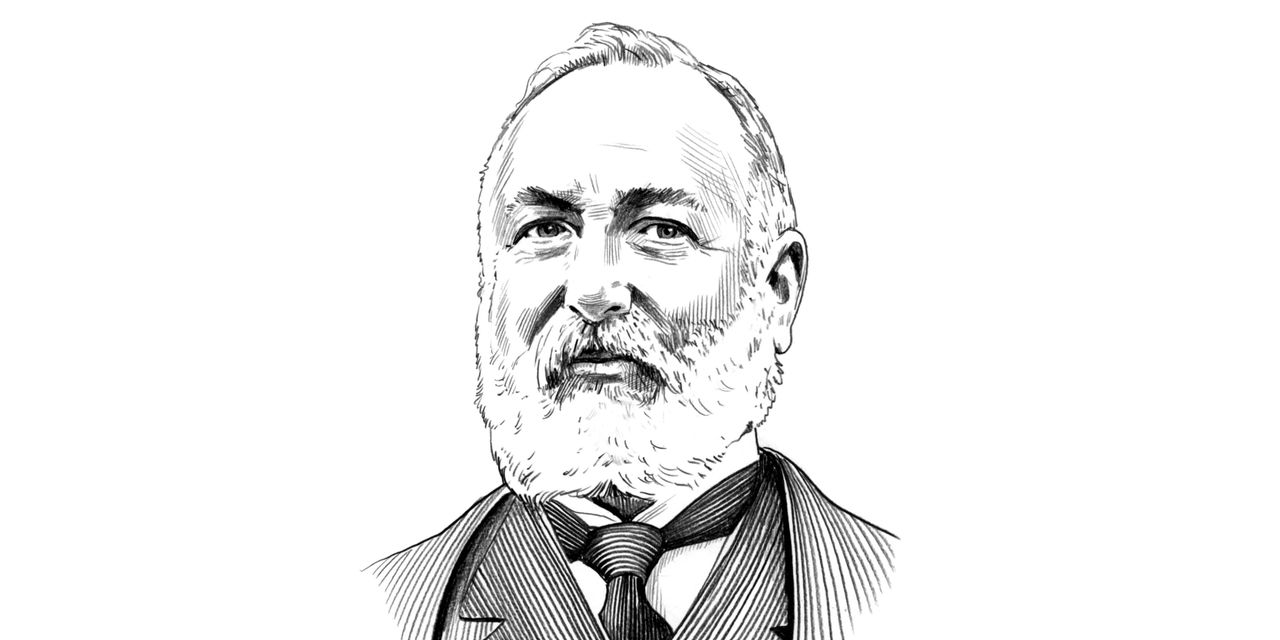 Clarence Barron surveyed the scene and liked what he saw.

“The United States is the financial Atlas of the world,” Barron said in a June 1927 interview in this magazine, and America’s banking system “surpasses that of any other country in the world.”

“How about brokers’ loans?” asked the reporter.

“Not worth a minute of discussion,” replied Barron. “Brokers’ loans are of no consequence.”

Barron would be dead in just over a year. And brokers’ loans, taken out to cover margin loans to speculators, would be cited as a culprit in the stock market crash of 1929.

The interview is typical Barron, full of bravado, prescience, and an occasional blind spot. Barron, who founded this magazine in 1921, was among the most powerful people of his time—father of financial journalism, a force in conservative thought, counselor to tycoons and statesmen.

His long public life was full of contradictions. He brought down Charles Ponzi yet admired Cornelius Vanderbilt and other “robber barons.” His political heroes were Calvin Coolidge and Benito Mussolini. And the man who said “commerce is broader than nationalism and must overstep seas” took a distinctly colonial stance toward other cultures.

He was a complicated man in fast-changing times. Born in Boston in 1855, Clarence Walker Barron won awards for school essays and wrote for newspapers as a teen. He was the Boston Evening Transcript’s financial editor when, in 1887, he founded the Boston News Bureau, sending financial news by messenger for a dollar a day.

Barron grew wealthy, with a prime residence on Beacon Street and a summer home in Cohasset, Mass., that sold for $27 million in 2010. He moved in the same social circles as the rich and powerful he covered, and conversations inevitably turned to investing.

“I am buying Mack Truck for a little speculation,” Walter P. Chrysler told Barron in 1927. “We are paying $3, and I think we shall earn $9 this year.”

Barron was free to use such tips and surely did. Whether he assigned “stories promoting companies whose shares he owned,” as Marshall Loeb claimed in Time magazine in 1988, is hard to prove.

Barron started this magazine less than a year after exposing Ponzi’s scheme—paying early investors with new-investor money—and with America mired in a postwar depression. He vowed a “financial publication based on sound sources of information and policy” in the first issue, dated May 9, 1921.

Capitalism was a force for good, Barron believed, a driver of civilization. He advocated small government and the free market, in 1924 calling reduced taxation “the greatest national blessing” and railing against the “death tax” until his own death. American business was “scrapping old machinery, and part of that discarded instrument is the labor union,” he wrote in 1926. “We are giving the worker something incomparably better.”

Iron-fisted moguls like Vanderbilt kept “tens of thousands” at work through “brains and initiative,” Barron wrote in 1923. The worker was lucky to have a job, with Europe and Asia “swarming with men eager to take his place for less money.”

It is startling today to read his writing on foreigners and race. He calculated in 1926 that “four Cubans can do the work of six Haytians.” Black activist Marcus Garvey was an “Ethiopian Ponzi,” he wrote, and “talk of Africa for the Africans is silly almost beyond comprehension.” In a 1917 book, he referred to Mexicans as “children” needing to “learn from the Anglo-Saxon race.”

Barron could also be enlightened for his time, writing a half-century before the first Earth Day of the “terrible bill our children will have to pay” if we destroy the forests, and calling for arms control in 1921.

He admired Coolidge and Mussolini as “dominant personalities.’’ “Silent Cal’’ was the embodiment of laissez-faire economics and showed his mettle in breaking the Boston police strike of 1919. Il Duce also rose to power through a show of strength—his march on Rome—and Barron declared him in 1924 “the salvation of Europe.”

Barron didn’t live long enough to judge either man’s career in its entirety. He died in 1928 of catarrhal jaundice. His last words: “What’s the news?”

NASSAU, Bahamas — Last year, an FTX executive walked into a bank office here and put $4.5m of the company’s money behind an ambitious plan to buy an … END_OF_DOCUMENT_TOKEN_TO_BE_REPLACED

The board of the Insurance Regulatory and Development Authority of India (IRDAI) on Friday approved a host of proposals, involving private equity … END_OF_DOCUMENT_TOKEN_TO_BE_REPLACED