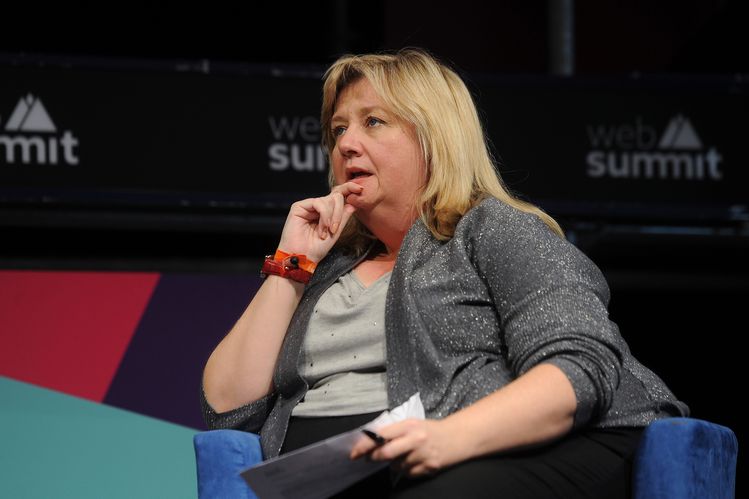 Credit Suisse has hired one of Goldman Sachs’ most senior technologists in Europe to oversee tech and operations during a critical phase for the Swiss bank as it ponders a fresh strategic overhaul.

The bank has named Joanne Hannaford as chief technology and operations officer, with the former Goldman exec moving to Zurich for a role that will mean reporting directly into Credit Suisse chief executive, Thomas Gottstein and sitting on Credit Suisse’s board.

James Walker, the bank’s current chief operating officer, will also relocate to the US at the end of the year to become deputy chief executive of its business in the region, it said in a statement announcing the appointments.

Hannaford is leaving Goldman Sachs after more than two decades, where she was on one of its most senior and prominent technology executives during a period where the bank has put technology front and centre of its strategy.

Former chief executive, Lloyd Blankfein, famously described the Wall Street bank as a “technology company” and technologists have become an increasingly large proportion of Goldman’s employees. Hannaford oversaw a team of around 2,000 engineers and was latterly co-head of enterprise platforms and global head of resiliency.

READ An audience with Goldman’s Joanne Hannaford: ‘Nobody understands my job’

Sir António Horta-Osório, chairman of Credit Suisse, said that she would “drive IT and digital strategy at the bank”.

“I am very much looking forward to the new perspectives Joanne will bring to the executive board,” he added. “I also would like to thank James for his services over the past years in his role as Chief Operating Officer and look forward to continue working with him.”

Hannaford joins Credit Suisse in the midst of a twin crises as a result of a $5.5bn loss from the collapse of family office Archegos Capital and its exposure to supply chain finance company, Greensill. The bank is expected to unveil a strategic overhaul under Horta-Osório, which could mean less of a focus on its investment bank or even a merger with a rival, according to reports. Meanwhile, the Covid-19 crisis has sped up bank’s need to digitise their operations.

In an interview with Financial News in 2017, Hannaford said that all of her roles were “incredibly technical” and that “nobody understands my job”.

She is married to a programmer, and the said that couple regularly enrol in university evening courses to hone their skills, treating the classes as “date nights” and going out for dinner afterwards. “I think it is very cool to sit in a class and learn new programming languages alongside much younger people,” she told FN.

Hannaford also sits on the UK government digital service advisory board and chairs the Bank of England CIO forum.

As fans anxiously awaited the release of the season finale of the Netflix thriller “Stranger Things,” the network went down for a brief period on … END_OF_DOCUMENT_TOKEN_TO_BE_REPLACED

If you know of local business openings or closings, please notify us here.PREVIOUS OPENINGS AND CLOSINGS· Air Products and Chemicals Inc.'s chosen … END_OF_DOCUMENT_TOKEN_TO_BE_REPLACED