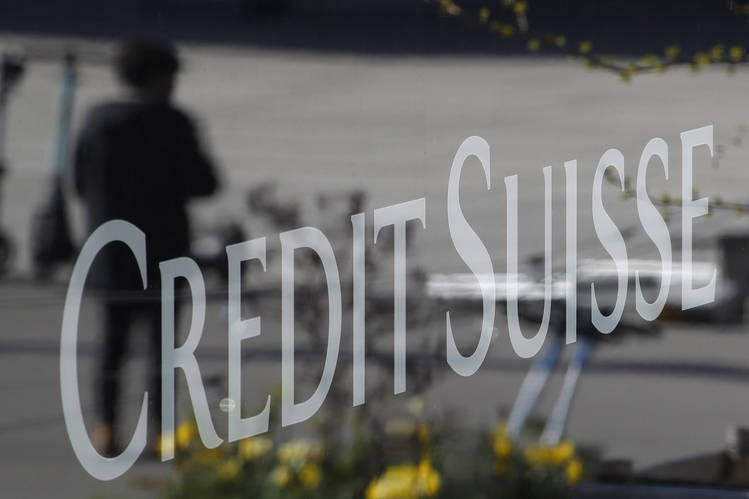 Credit Suisse will take lose another CHF600m ($654m) from collapsed hedge fund Archegos Capital, following a $4.7bn hit, and will shrink its unit servicing hedge funds after slumping to a loss in a first quarter plagued by crises.

The bank will also raise around CHF1.7bn ($1.9bn) in additional capital, it said in a separate statement, as it issues notes convertible into 203 million shares. This will raise its common equity tier 1 ratio from 12.2% to 13%.

Credit Suisse posted a pre-tax loss of CHF757m, a better result that the CHF900m loss already flagged by the bank earlier in April as revenues increased by 31% to CHF7.6bn. Credit Suisse’s net loss was CHF252m, against analyst expectations of a CHF815m hit.

Credit Suisse’s first quarter results have been overshadowed by growing crises connected to the collapse of Archegos Capital, a family office run by former Asia Tiger fund manager Bill Hwang, when it unwound $20bn worth of trades in large technology companies on 26 March. It is also battling its exposure to collapsed supply trade finance firm, Greensill Capital.

“The loss we report this quarter, because of this matter, is unacceptable”

Swiss financial regulator, Finma, announced on Thursday that it had opened an investigation into Credit Suisse’s role in the Archegos crisis, in addition to its probe on Greensill, saying “various short-term measures to be put in place”.

“These include organisational and risk-reducing measures and capital surcharges as well as reductions in or suspensions of variable remuneration components,” it said.

The Swiss bank said it would lose CHF4.4bn on Archegos in a 6 April trading update, by far the biggest loss of any large investment bank, with Nomura also losing $2bn and Morgan Stanley taking a $911m hit amid a record quarter for its equities unit.

Credit Suisse said it would take an additional CHF600m loss in the second quarter on Archegos and has exited 97% of positions related to the family office. JPMorgan analysts were expecting an extra $400m.

The bank has also kick-started an external investigation into the matter and will cut back its prime broking unit, which was responsible for the losses, to “serve our most important franchise clients”.

“The loss we report this quarter, because of this matter, is unacceptable,” said Credit Suisse chief executive, Thomas Gottstein. “Together with the Board of Directors, we have taken significant steps to address this situation as well as the supply chain finance funds matter.”

Credit Suisse is also embroiled in the collapse of supply chain finance firm, Greensill Capital, a crisis that has ensnared politicians including former UK prime minister, David Cameron. The Swiss bank was forced to freeze funds worth $10bn related to Greensill, and has so far repaid around half of this to investors.

The Swiss bank also warned that it could take a “material” hit from Greensill, although it does not know the extent of the loss for it or investors. It has so far redeemed investments worth $4.8bn, but said that there was “considerable uncertainty” around $2.3bn worth of assets related to three groups of companies. These are businessman Sanjeev Gupta’s GFG Alliance, Softbank-backed tech start-up Katerra and Bluestone.

Performance within key Credit Suisse divisions have helped limit losses at the Swiss bank. Its investment bank notched a 70% increase in revenues to CHF3.5bn, amid record deal flow across the sector. However, the Archegos hit pushed it to a CHF2.5bn loss, even as capital markets revenues increased by over 137% to CHF1bn.

However, the bank is reining in risk-taking across the investment bank and will be stripping out at least $35bn in risk weighted assets in the unit.

The bank has also cut bonuses for investment bank staff in what would have been a stellar quarter for the unit. Compensation costs in the division declined by 10% to CHF860m. Across the bank, compensation costs fell by 5% to CHF2.5bn.

The Archegos crisis has already forced some of Credit Suisse’s most senior executives out of the door. Chief risk officer, Lara Warner, and chief executive of its investment bank, Brian Chin, were the first to fall on their sword. In the past two weeks, John Dabbs and Ryan Nelson, co-heads of prime services — the unit which deals with hedge funds and family offices — have also stepped down, as has Paul Galietto, head of equities sales trading.

The two incidents have sent shockwaves through the Swiss bank, despite previous assurances that Gottstein was aiming for a “clean slate” after Credit Suisse was rocked by numerous crises over the past year including revelations it spied on some of its senior employees.

“We are surprised by this action and the dilution should be poorly received, but should help to take capital concerns ‘off the table’,” he wrote.

“The CEO of Credit Suisse must be having sleepless nights, wondering if his head is going to be the next to roll after these losses,” added Octavio Marenzi, CEO of consultancy Opimas. “It is such a shame – the Credit Suisse investment banking arm was about to turn in one of its best quarters ever, before the charges related to Archegos.

OAKLAND, Calif. — Six people were shot on Wednesday at a campus in Oakland that houses four different school programs, prompting lockdowns and … END_OF_DOCUMENT_TOKEN_TO_BE_REPLACED

Beneath all the clamor over Russia's invasion of Ukraine and the efforts to tamp down inflation, investors are largely passing over a huge story in … END_OF_DOCUMENT_TOKEN_TO_BE_REPLACED

If you know of local business openings or closings, please notify us here.PREVIOUS OPENINGS AND CLOSINGS- All-you-can-eat Korean barbecue is on its … END_OF_DOCUMENT_TOKEN_TO_BE_REPLACED