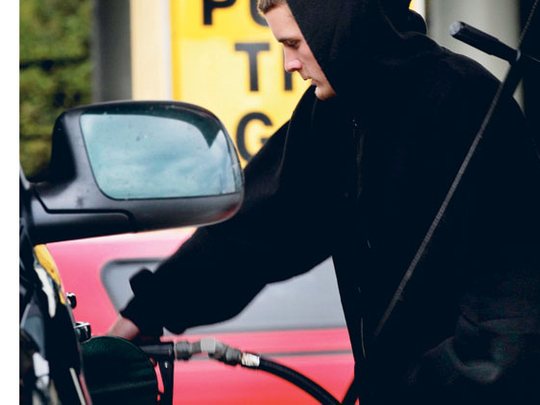 Dubai: Crude oil fell to a six-week low last week as rising US jobless claims bolstered concern that the economic recovery in the biggest oil-consuming nation is faltering.

“We took out our recent lows because of more bad US economic news,” said Tom Bentz, a broker with BNP Paribas Commodity Futures Inc. in New York. “Inventories are at 20-year highs, and the prospects for demand growth are fading. Prices are still too high given the fundamentals.”

Crude oil for September delivery fell 97 cents (Dh3.5) to expire at $73.46 a barrel on the New York Mercantile Exchange, the lowest settlement since July 6. Oil declined 2.6 per cent this week. The more actively traded October contract slipped 95 cents to settle at $73.82 a barrel.

Brent crude for October settlement dropped $1.04, or 1.4 per cent, to end the session at $74.26 a barrel on the London- based ICE Futures Europe Exchange.

The Federal Reserve Bank of Philadelphia said yesterday that its general economic index slipped to minus 7.7 this month, signalling contraction in the area covering eastern Pennsylvania, southern New Jersey and Delaware.

The dollar climbed to the highest level in five weeks against the euro after European Central Bank council member Axel Weber said the region’s economy may need help from the central bank through the end of the year.

“You certainly see an overhang developing in oil product stocks in the US,” said Harry Tchilinguirian, head of commodity markets strategy at BNP Paribas SA. “Gasoline demand has witnessed a difficult recovery from its recession-induced lows, and one of the main stumbling blocks for this has been high US unemployment.”

The Westfield Town Council voted 7-1 on Tuesday to introduce an ordinance that allows for a downtown redevelopment plan to move forward.It will next … END_OF_DOCUMENT_TOKEN_TO_BE_REPLACED

New York CNN  —  Bed Bath and Beyond is closing another 87 stores as the struggling retailer barrels toward bankruptcy. … END_OF_DOCUMENT_TOKEN_TO_BE_REPLACED