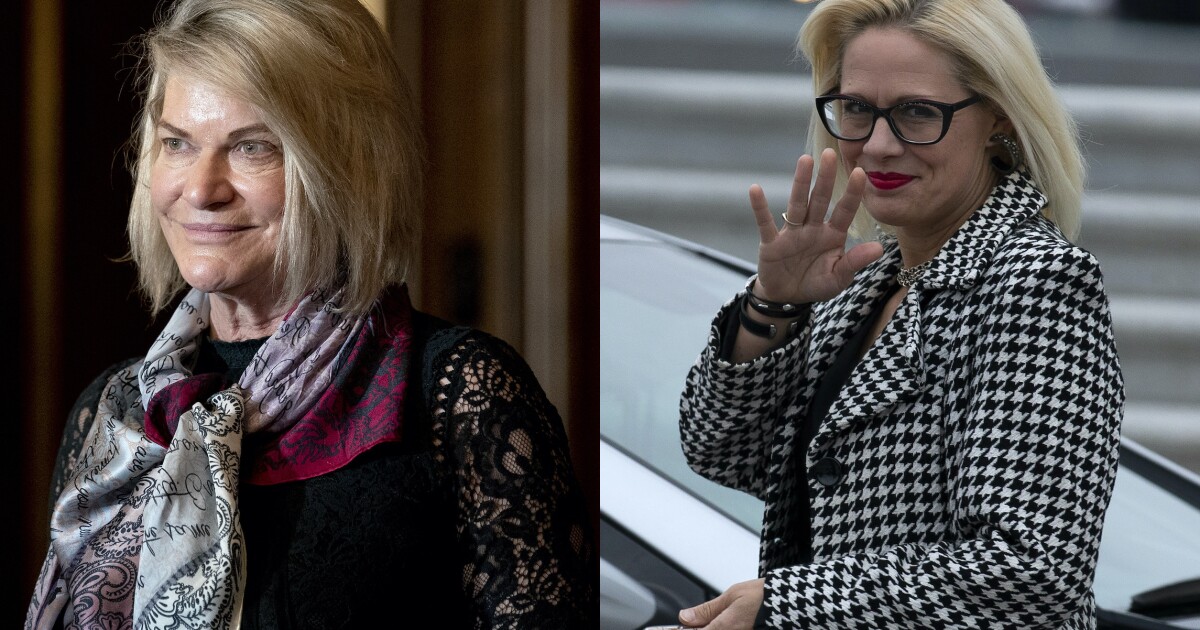 “Two of my most important jobs are keeping America safe and secure and supporting Arizona job-creation. Boosting innovation in our financial system ensures the United States remains a global economic leader while expanding job opportunities in Arizona and across the country,” Sinema said in a statement.

Lummis is a longtime advocate of Bitcoin. Earlier this year, her campaign Twitter account joined a pro-Bitcoin meme #LaserRayUntil100K anticipating the value per Bitcoin shooting up to $100,000, in which she added “laser eyes” to her profile picture.

On CNBC Tuesday morning, which now shows a Bitcoin value ticker on-screen alongside the Dow, Lummis said that Bitcoin “represents a store of value like gold.”

Another area that the caucus could explore is forming a digital version of the dollar, pointing out that China just created a digital currency.

“It’s important that we have a digital dollar to go with a digital yuan and other currency issued by fiat because we need to keep the dollar the world reserve currency,” Lummis said. “China is trying to threaten us in this world financial sector, so it is very important that we be current, that we be ahead of the game and provide opportunity for the U.S. dollar to remain strong and the digital currency of the world.”

The aim of the caucus, she said, is to explore digital financial regulation issues and scenarios, such as the recent Colonial Pipeline ransomware attack that demanded a ransom be paid in Bitcoin, before legislating on issues that senators are unfamiliar with. There is a question, the CNBC host noted, whether Bitcoin’s very structure can exist if it is regulated.

CLICK HERE TO READ MORE FROM THE WASHINGTON EXAMINER

“What we need to do is make sure that we’re addressing consumer protection at the same time as we’re providing this regulatory sandbox,” she said.

Several other senators from both parties joined the caucus on Tuesday, including Republican Sens. Bill Cassidy of Louisiana, Tim Scott of South Carolina, Marsha Blackburn of Tennessee, and Mike Braun of Indiana, along with Democratic Sen. John Hickenlooper.

When our TVs were smaller, seeing that black screen wasn’t a big deal. In the age of cheap big screens, they’re an eyesore.That’s especially true if … END_OF_DOCUMENT_TOKEN_TO_BE_REPLACED

If you know of a local opening or closing, please let us know here.. ・ All Weather Selvedge Denim Co. (AW) has opened at The Promenade Shops in Saucon … END_OF_DOCUMENT_TOKEN_TO_BE_REPLACED