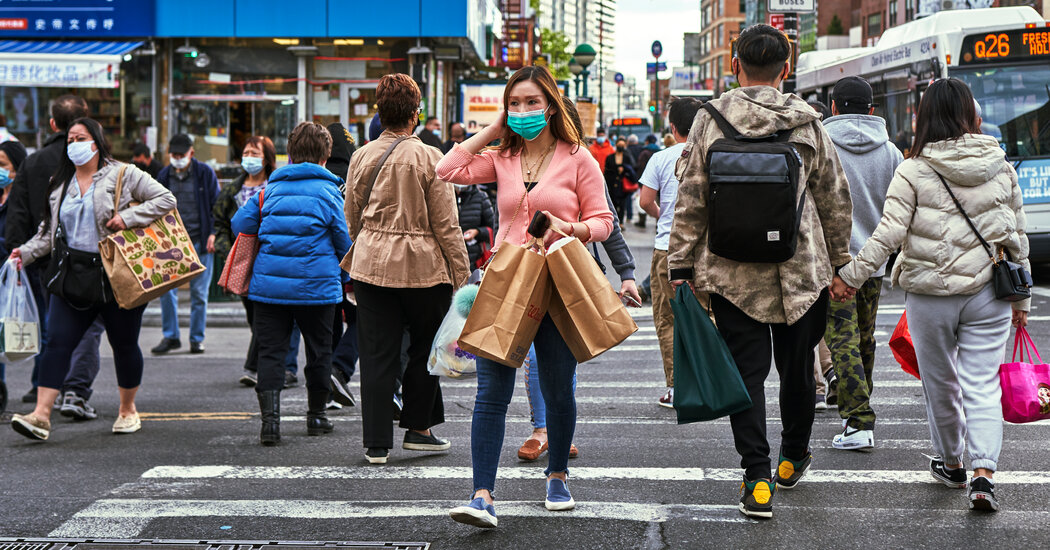 “We should be on track for a fantastic American comeback summer, full steam ahead,” Senator Mitch McConnell of Kentucky, the Republican leader, said this month on the chamber floor. “From vaccinations to job growth, the new Biden administration inherited favorable trends in every direction.”

“But in several important ways, the decisions of elected Democrats have contributed to slowing the return to normalcy,” he added.

Critics have also questioned the wisdom of the Fed’s commitment to keeping interest rates low and buying bonds even as prices begin to rise. Senator Patrick J. Toomey, Republican of Pennsylvania, said last month that while the Fed “maintains that this bout of inflation will be mild and temporary,” it “may be time for the central bank to consider the alternative.”

Mr. Biden’s aides say they continue to monitor the threat that consumer prices could spiral upward, forcing a rapid policy response that could slam the brakes on economic growth. They say that those risks remain low, and that they see no reason to change course on the president’s agenda, including proposed infrastructure and social programs that the president asserts will bolster the economy for years to come. That agenda could prove a more difficult sell, even among congressional Democrats, if job growth continues to disappoint and inflation soars higher than expected.

Fed officials also remain undaunted. They show no sign of raising interest rates soon and are continuing to buy $120 billion in government-backed bonds each month. Officials have given only the earliest hints that they might begin to tiptoe away from that emergency policy setting. They argue that their job is to manage risks, and the risk of withdrawing help early is bigger than the risk that the economy will overheat.

“I don’t think it would be good for the industries we want to see thriving as the recovery continues for us to close off that recovery prematurely,” Randal K. Quarles, the Fed’s vice chair for supervision, said at a House committee hearing this week as lawmakers pressed him on the threat of inflation. The Fed is independent of the White House, but responsible for keeping prices in check.

Voters give Mr. Biden high marks for his economic stewardship thus far. A solid majority of Americans — including many Republicans — approve of the president’s plans to raise taxes on high earners and corporations to fund new spending on water pipes, electric vehicles, education, child care assistance, paid leave and other programs, according to polling for The New York Times conducted by the online research firm Survey Monkey from May 3 to 9.

Harrison Butker is going to be playing for another Super Bowl with the Kansas City Chiefs.Butker nailed the game-winning field goal to send the Chiefs … END_OF_DOCUMENT_TOKEN_TO_BE_REPLACED