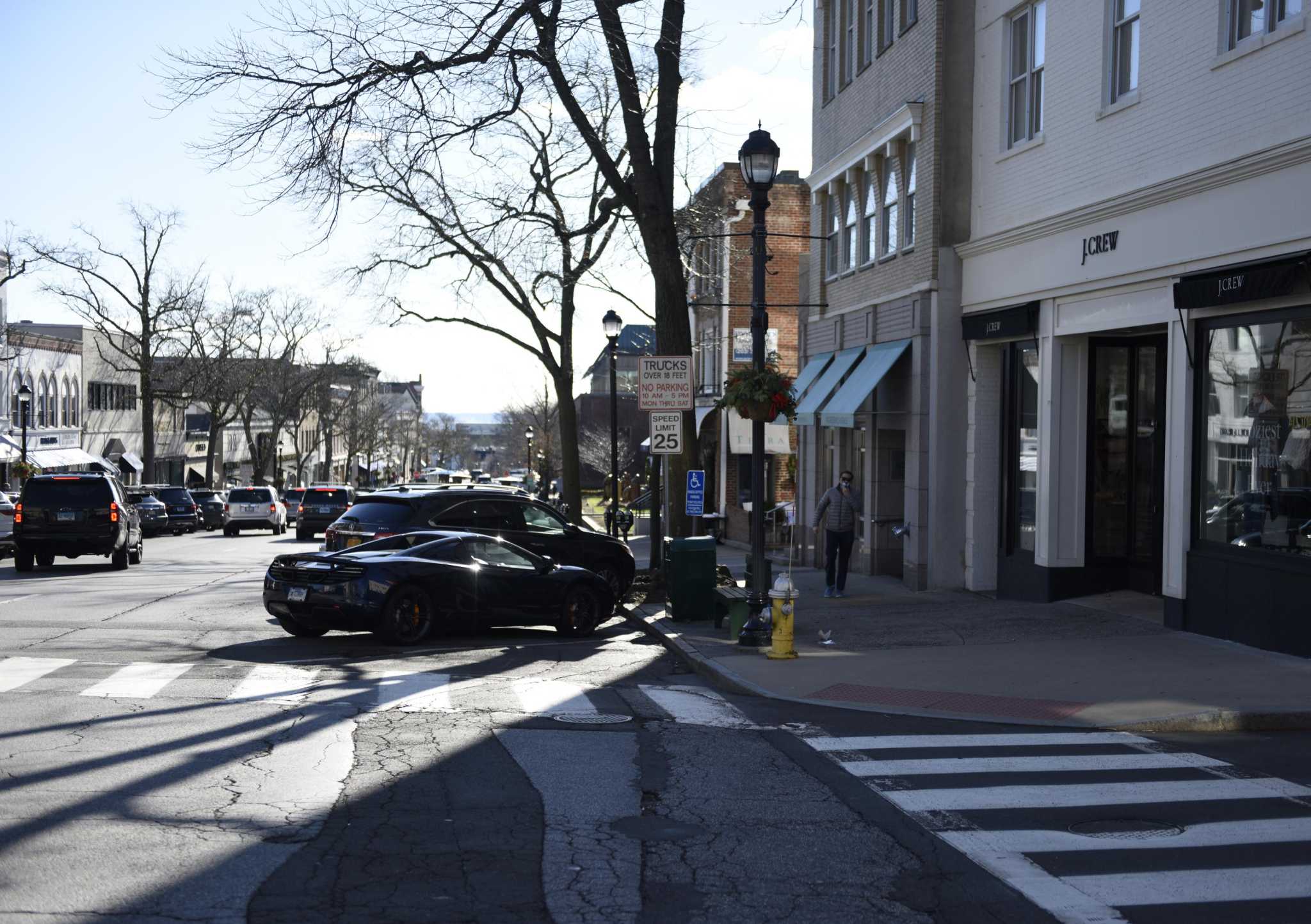 Connecticut’s wealthiest would pay higher taxes on income and investments under legislation narrowly approved on Thursday to fund the two-year, $46 billion budget supported by majority Democrats in the General Assembly.

The tax hikes were at least a temporary victory for progressive Democrats who for years have wanted the rich to pay more. It would help fund a variety of new programs, including a $600-per-child tax credit and enhanced benefits for the state’s poorest families.

But four Democrats voted against it in the Finance Committee, and Republicans were solidly opposed in a 26-22 vote.

Even before the committee action, the bill’s prospects diminished when Democratic Gov. Ned Lamont said he would not sign the bill if it gets to his desk, stressing that the state has recently enjoyed cheery economic news, with a growing surplus in the current budget; a robust, $3.5 billion reserve called the rainy-day fund and an upgrade in its bond rating.

“No, it’s not really my thing,” Lamont said in response to a reporter’s question Thursday morning. “We’re starting to get some economic momentum in Connecticut, and I don’t want to do anything to stop that.”

Later in the day, Lamont said the spending and tax packages were the focus Thursday of a preliminary discussion with top lawmakers, in which he voiced disapproval overall and stressed the need for a broad-based approach to the state’s needs.

Criticism of the package included the $1.9 billion deficit the state would be left with after the biennium.

Rep. Sean Scanlon, D-Guilford, co-chairman of the Finance Committee, said in an interview after the panel’s 5 o’clock deadline that this is a good year to attempt bold efforts to fight poverty, which has been exacerbated in the pandemic.

“We had an interesting challenge, which was how could we put together a package that reflects the fact that people are really hurting and need relief, but not going so far in one direction to affect the bond rating, the rainy-day fund and the influx of people in the state, people moving into the state,” Scanlon said. “I think this package is our attempt to find the middle ground between recognizing needs and keeping the progress going in terms of our new-found fiscal strength.”

The revenue package includes a new tax on social-media advertising that would generate more than $300 million over the two years; a continuation of the 10 percent surcharge on the corporate tax to raise $50 million a year; a $450 million child tax credit and a tax rebate for restaurants worth $49.5 million during the first year of the biennium. A new fee on the use of credit and debit cards would raise $2.5 million in the second year of the biennium.

The $1.4 billion projected to be generated over the biennium would not be subject to the state’s so-called volatility cap that was created during the financial crisis in 2017, because about $200 million would be siphoned into an equity investment fund to nearly double the amounts for lower-income residents who participate in the Earned Income Tax Credit program.

Those claiming the EITC would be able to get additional income credits totaling $154 million over the biennium, according to an analysis of the bill prepared by nonpartisan legislative staff.

Republicans called it a gimmick to take a new program off-budget, and Lamont called it the kind of tactic that has historically led the state into fiscal crisis. The governor leveled similar criticism at the spending package that passed the Appropriations Committee on Wednesday.

“It’s sort of the same games that got us into trouble over the last 30 years,” Lamont told reporters Thursday afternoon. “And to respond to that by more taxes, is just not the way I think we should be going as a state.”

Scanlon, in a morning post on Twitter wrote, “Democrats give largest tax cut to working and middle class parents in Connecticut history.” Later, he stressed to the committee that the state will have nearly $4 billion in its budget reserve to help lawmakers pay for services in the middle of the decade, including a billion dollars in federal support.

A new 2 percent surcharge on capital gains — bringing the total rate to 8.99 percent, would raise $262 million in the fiscal year starting July 1, 2022. According to the nonpartisan analysis of the legislation, the surcharge would apply to investment income for single tax filers with AGIs of $500,000 or more and a million dollars for joint filers.

During the committee discussion, Scanlon said the capital gains surcharge is a way to address “the serious challenges in our state” while keeping the state’s rate below those of Massachusetts and New York. “People have money in their pockets and they are spending it,” Scanlon said of the steadily rising budget surpklus, fueled by income and sales taxes. ,

When the bill was introduced shortly before noon, Republicans assailed the tax increases and movement of close to a billion dollars off the budget. “We have created a huge pool of money outside the rules we have set out for spending the taxpayers money,”said Rep. Holly Cheeseman, R-East Lyme, ranking member of the committee. “I find that incredibly disturbing.”

Scanlon said that he is less concerned about the projected deficit three years away, because they state is enjoying better-than-expected income tax receipts.

“We did not address that deficit in the ‘out year,’ ” Scanlon responded to Republican criticism. “I look at this package as cutting more taxes than raising them.”

“I am deeply disturbed by the lack of fiscal discipline,” said Rep. Terrie Wood, R-Darien. “It leaves me speechless.” She said that it is a sharp change from the conservative, bipartisan budget put together by Republicans and Democrats in 2017.

“It’s going to blow through something we worked very hard on in 2017,” said Rep. David Yaccarino, R-North Haven.

The package includes the governor’s proposed mileage tax on the largest trucks that drive through the state to support infrastructure improvements. Under the bill, starting in January, 2023, vehicles over 26,000 pounds would pay about $45 million in the first year and $90 million in the second.

“It is such an incredible disappointment that I can barely describe it,” said Rep. Laura Devlin, R-Fairfield. “We can do better and the taxpayers of our state ask us to do better.”

Even some Democrats on the committee were critical. Rep. Stephen Meskers, D-Greenwich voted against the revenue package but liked the trucker tax, because he sees many out-of-state vehicles enjoying free travel on Connecticut interstate roadways.

“We are running a multistate charity on state highways,” Meskers said. “We bear that burden and that is unacceptable to me.”

Other Democrats on the Finance Committee who voted against the bill included Rep. Chris Perone of Norwalk, Rep. Jill Barry of Glastonbury and Rep. Kerry Wood of Rocky Hill.

“They think Connecticut residents don’t pay enough already,” Kelly said in an early afternoon statement. “Some of these tax increases are regressive and will hurt those most struggling today. And if the billions in new taxes drive out Connecticut’s wealthiest taxpayers, it is the working and middle class who will be left behind to foot the bill. If Democrats really cared and fought for those policies, then they wouldn’t be looking at every turn to get around them and move our spending offline and out of transparency. Circumventing these caps is turning our government into a sham.”

In a separate bill approved along largely party lines Thursday morning, a new Community Restoration Fund would be created to support urban development in the state’s poorest neighborhoods, based on a 20 percent tax on cannabis, if legalization of adult sales goes through this year. Projected annual revenues would be $116 million for the state and $18 million for cities that host cannabis business by the 2024-25 fiscal year.

Another bill, which would have eliminated the personal property tax on cars, expired without a vote at the 5 o’clock deadline.

With the long weekend upon us, Canadians will likely spend the next few days out at the lake or in their backyards, gathered around a … END_OF_DOCUMENT_TOKEN_TO_BE_REPLACED

SHAWNEE TOWNSHIP — Bob and Connie Sutherland have been in the swimming pool business for 53 years, and it all started from an ad in the … END_OF_DOCUMENT_TOKEN_TO_BE_REPLACED