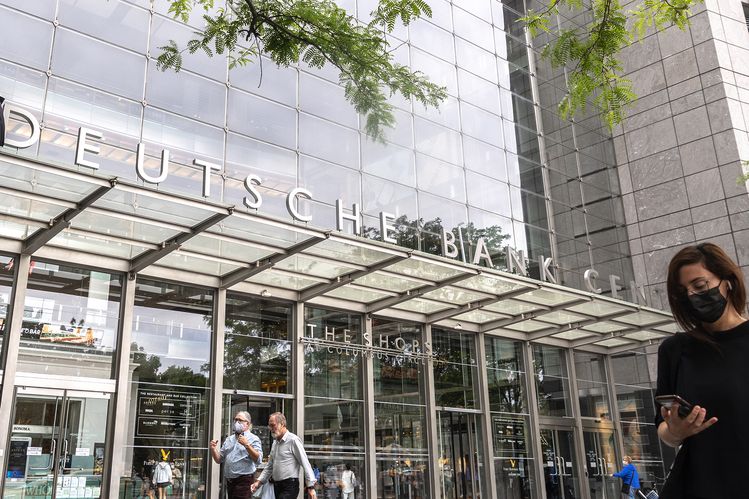 Deutsche Bank will get its US investment bank employees back to the office by September, following plans to roll out a hybrid working for its global staff laid out by senior executives this week.

The German lender told staff within its investment bank that they should “plan for all our teams to resume operating from the office no later than Labor Day”, according to a memo seen by Financial News, in another sign that Wall Street firms are planning a return after more than 18 months of working remotely.

Labor Day in the US is on 6 September, and has been flagged as a key date for investment banks start bringing staff back to the office, with Lazard and Bank of America expected to up employee numbers after this time.

READDeutsche Bank lays out plans for hybrid working after the pandemic

“We are also looking forward to shortly welcoming our summer interns, 92% of whom have elected to work from one of our DB offices this summer, a sign of how normalcy is returning to the cities,” the memo from Drew Goldman, head of investment banking coverage and advisory and James Davies, head of international client group said.

The bank has around 8,000 employees in the US, with around 90% of them working from home throughout the pandemic. It is set to move from its  current New York office on Wall Street to a new premises on Manhattan’s Columbus Circle.

Deutsche Bank chief executive, Christian Sewing, and head of human resources, Michael Ilgner, told staff on 1 June that it would move to a hybrid working pattern for most of its staff, saying that the practices of the pandemic was an “exciting opportunity we will not let slip”.

The memo announcing the move cautioned that Deutsche needs to “find the right balance” between the new ways of working and maintaining collaboration and culture.

The University of Plymouth, the AHSN Network and Boehringer Ingelheim, has launched evidence-based recommendations to drive inclusive digital health … END_OF_DOCUMENT_TOKEN_TO_BE_REPLACED

This year’s Rising Stars of Private Equity has been published at a time of great uncertainty for the sector, as the young professionals on our list … END_OF_DOCUMENT_TOKEN_TO_BE_REPLACED

If you know of local business openings or closings, please notify us here.PREVIOUS OPENINGS AND CLOSINGS· Air Products and Chemicals Inc.'s chosen … END_OF_DOCUMENT_TOKEN_TO_BE_REPLACED