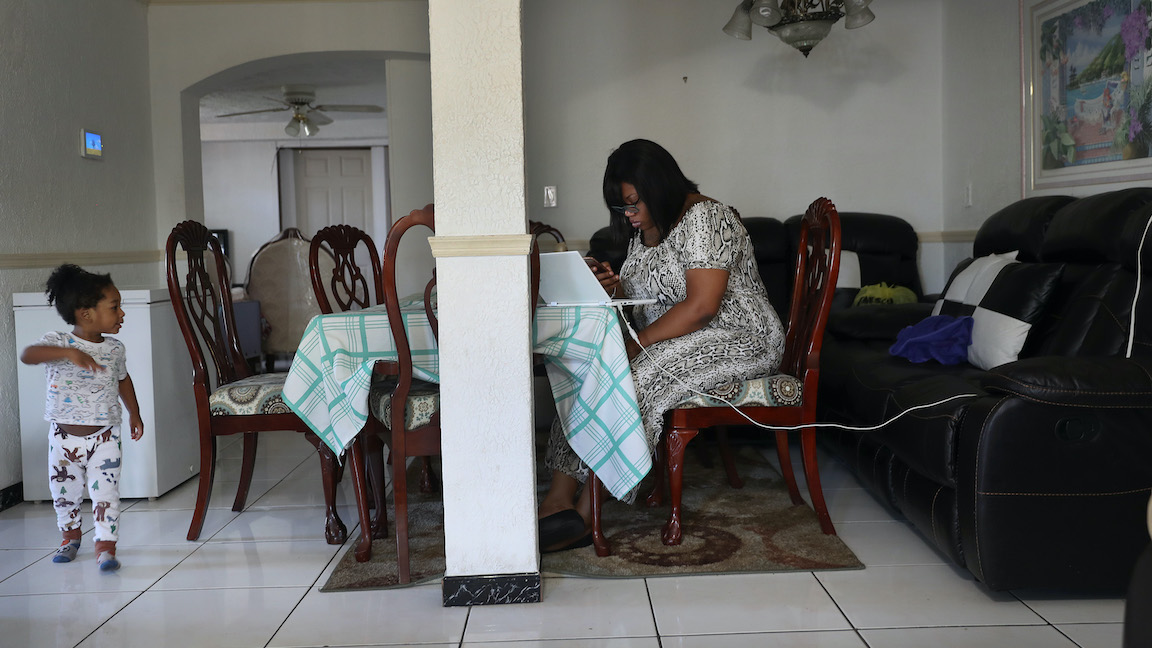 It’s easy to look back at the pre-pandemic economy all starry eyed. Unemployment was low and pay for low-wage workers was rising.

“But I don’t want to suggest that that period was a golden era for American workers,” said Harry Holzer, a professor of public policy at Georgetown University and a former chief economist at the Department of Labor. He said we were making up for decades of job stagnation and loss before we got to relish a few good years of growth. And that isn’t even the benchmark we should use post-pandemic.

“Because the labor market would have grown in the interim year to year and a half. So it’s more about making up for the jobs not just that we lost, but that would have been created,” Holzer said.

For certain groups of people, the old normal wasn’t so good.

Before the pandemic, he said income for high earners rose twice as much as that of low earners. Black workers were seeing historically low unemployment but were still almost twice as likely to be jobless as white workers. And lots of people were struggling in ways data didn’t catch.

“I think that a lot of women are not eager to go back to pretending that they don’t have families,” said Elizabeth Ananat, an economist at Barnard College.

Some women who stopped working to take care of their kids may not go back. Ananat said she’d like to see that become a new major economic indicator along with food insecurity and the unemployment rate for Black women.

“Because when that number goes down, things are going well for everyone,” she said.

But for now, a return to pre-pandemic levels gives us some assurance that the economy is turning a corner.

With the long weekend upon us, Canadians will likely spend the next few days out at the lake or in their backyards, gathered around a … END_OF_DOCUMENT_TOKEN_TO_BE_REPLACED

SHAWNEE TOWNSHIP — Bob and Connie Sutherland have been in the swimming pool business for 53 years, and it all started from an ad in the … END_OF_DOCUMENT_TOKEN_TO_BE_REPLACED