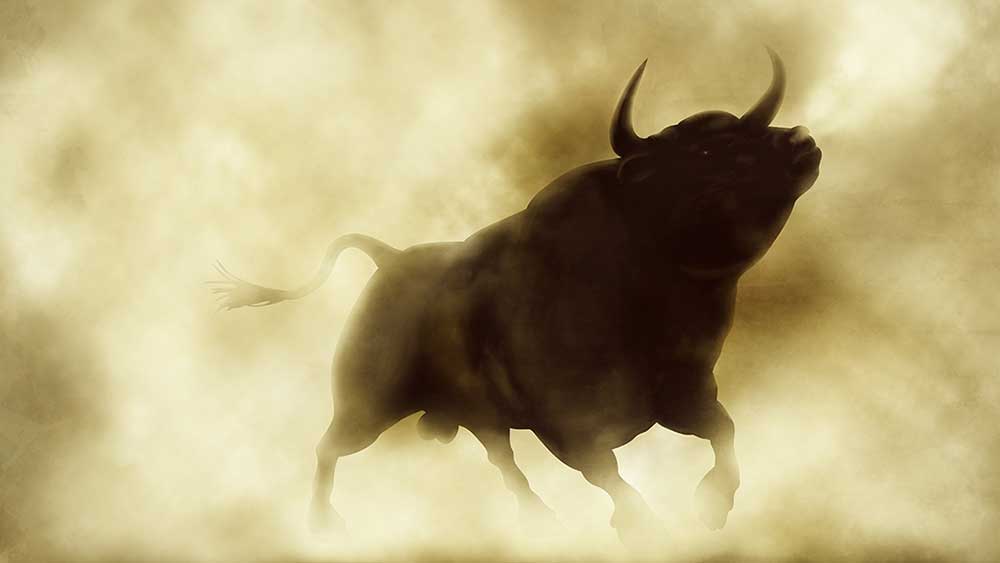 Align Technology lined up for an early breakout, up 4.4% after ending Wednesday just below a 627.62 buy point in a 12-week cup-with-handle base.

STMicroelectronics (STM) surged more than 5% after a tight first-quarter earnings beat, and raising its Q2 guidance. The move set shares up for a breakout past a 40.18 buy point in a cup-with-handle base.

Apple (AAPL) jumped 2.8% to lead the Dow Jones today, after reporting a 119% surge in earnings and a 54% revenue increase in its fiscal second quarter. The premarket jump pointed to a starting bell breakout past a 135.63 buy point in a 14-week cup-with-handle base. The buy range would run to 142.41.

Caterpillar (CAT) was not far behind, rallying 1.6% after earnings soared an unexpected 79% and revenue rose at better than three times the forecast pace in its first quarter.

CAT stock is poised nicely along support at its 21-day exponential moving average, ending Wednesday about 2% below a 237.88 buy point in a seven-week flat base.

March pending home sales numbers are due from the National Association of Realtors at 10 a.m. ET.

Biden’s State Of The Union

The Federal Reserve kept out of the news cycle ahead of President Joe Biden’s first State of the Union speech. The Fed’s policy announcement Wednesday offered investors no new news, and Fed Chief Jerome Powell’s press conference offered no real tweaks to prior Fed policy and perspective.

Why This IBD Tool Simplifies The Search For Top Stocks

The program would come on top of the Administration’s earlier proposed $2.3 trillion infrastructure package. The combination amounts to an “ambitious effort to redefine the government’s role in shaping the economy,” according to the Wall Street Journal. They also call for some hefty hikes in taxes paid by wealthy individuals and corporations. What the proposals will look like after grinding through an evenly divided Senate remains far from clear.

Facebook earnings jumped 93% in the first quarter, as revenue spiked 48%. It marked the company’s third straight quarter of accelerating sales growth, and the best top-line growth in years.

FB stock leapt 7% in premarket trade. Facebook stock closed Wednesday in a buy range above a 299.81 handle entry on a consolidation begun in September. FB  appears likely to be extended from that buy point on Thursday, but investors could use 315.98 as an alternate entry.

Reports from Caterpillar and Merck on the Dow Jones today, and from Chevron on Friday, leave 70% of the 30 Dow’s blue chips accounted for, in the first quarter of one of the most critical years in the history of the U.S. economy.

Companies that have so far reported nearly all have traded lower in the current week. Amgen (AMGN) has been the biggest loser, down 7.9% through Wednesday. 3M (MMM) fell 3.1%.

Apple appears on track to move higher following its blowout Q2 report. Five other companies have gained ground this week. American ExpressAXP is at the head of that pack, rallying 5.6% since Monday.

That scored a breakout for the stock, past a 150.55 buy point in what IBD MarketSmith analysis plots as a cup-with-handle base. The stock remains in a buy range through 158.08.

For more detailed analysis of the current stock market and its status, study the Big Picture.

Visa (V), Goldman Sachs (GS) and JPMorgan (JPM) have also moved higher this week. Visa remains in a buy range through 239.75. Goldman Sachs is less than 3% below a cup base buy point at 356.95. JPMorgan is attempting to build a base.

For the month, Salesforce.com (CRM) leads the Dow, rising 11.8% as it attempts to turn up from a pullback begun in August. The stock is working on its fifth straight weekly advance, and tracking toward its fourth consecutive close back above support at both its 10-week and 40-week moving averages.

Visa, Apple and Microsoft (MSFT) are also leading the Dow in April. Success of failure of a breakout from Apple could set the mood among big tech investors. Apple’s prior breakout, in January, quickly fizzled. The stock’s last really successful breakout occurred almost exactly a year ago.

Check Out The Big Picture By Investor’s Business Daily

Once you buy a business, the real work starts. It’s not enough to simply maintain the status quo, even if you’re making a profit. A fresh pair of … END_OF_DOCUMENT_TOKEN_TO_BE_REPLACED