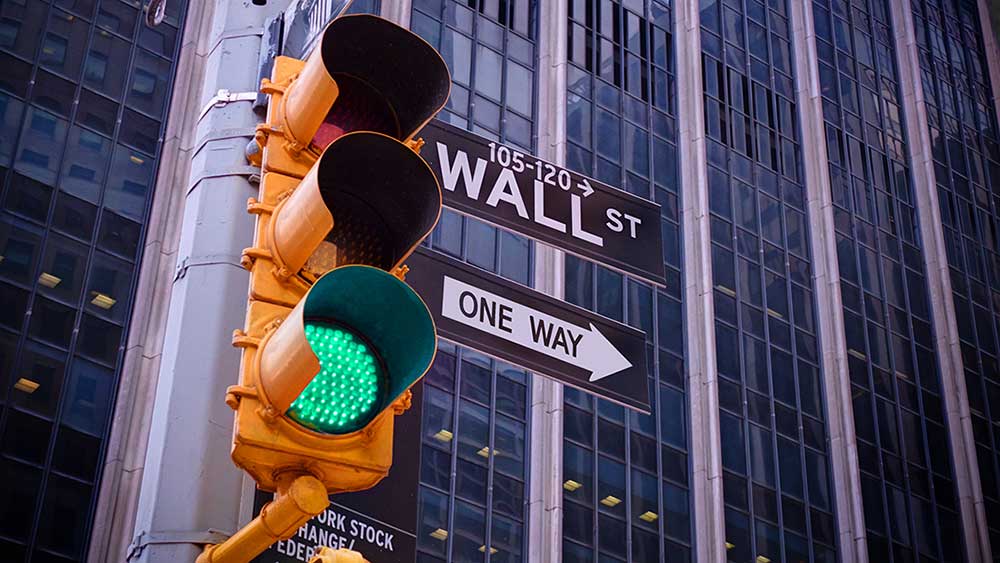 The Dow Jones Industrial Average rose modestly in today’s market, the last day of trading for the month of May. Over the past hour, the S&P 500 and Nasdaq rose and traded near their intraday highs. Meanwhile, the Russell traded near break-even after paring earlier losses.

In afternoon trade, the Nasdaq composite traded up about 0.4%, leading the upside. The S&P 500 held a gain of slightly more than 0.3%, while the Dow Jones industrials was up 0.3% as well. The small-cap Russell 2000 index traded less than 0.1% higher after leading the market higher for multiple sessions. Volume was running higher on both the NYSE and the Nasdaq vs. the same time on Thursday.

Thursday’s Big Picture column wrote, “While the health of the market trend is slightly improving, the market has piled up distribution in the past several weeks, indicating higher-than-normal market risk. The S&P 500 holds six days of institutional selling, while the Nasdaq has four. Given the escalated amount of selling, investors should keep conservative market exposure and focus only on exceptional breakouts.”

As for growth stocks, the Innovator IBD 50 ETF (FFTY), like the Russell 2000, rose less than 0.1% and traded near breakeven. The ETF is stretching to reclaim its 50-day line, a key area of support. Stocks leading the upside in the index included Cricut (CRCT) and Progyny (PGNY), with gains of over 5% each.

After gapping up and rising over 5%, Progyny traded inside its 20%-25% profit-taking range from a 53.58 consolidation breakout.

For IBD’s 197 industry groups, semiconductor and computer software stocks were among those leading the upside, while coal energy and airline transportation stocks underperformed.

Stocks In The News

Shares of semiconductor stock Applied Materials (AMAT) was up 0.6% Friday, after paring earlier gains. The stock is holding above its 50-day line and is building a consolidation with a 146.10 buy point. Meanwhile, an early entry at 138.77 is also in play.

According to IBD Stock Checkup, Applied Materials stock boasts a strong 97 out of a perfect 99 IBD Composite Rating.

AMC Entertainment (AMC) jumped as much as 38% Friday morning before paring gains to 8%. This was after Thursday’s 35% gain. Shares are on pace to rise more than 170% this week. AMC stock is part of a Reddit-fueled buying spree on heavily shorted stocks. The surge this week has already inflicted a $1.3 billion loss for short sellers, according to data from S3 Partners.

Elsewhere, shares of Idexx Laboratories (IDXX) traded inside a key buy area. Share broke out from a cup-with-handle buy point of 561.62. According to MarketSmith analysis, the stock maintains a near-perfect EPS Rating of 98 and a 96 Composite Rating.

Additionally, MarketSmith Growth 250 stock Textainer Group (TGH) broke out from a cup base with a 31.83 buy point. Shares held a gain of nearly 8% in afternoon trading and became extended from their key buy point.

As fans anxiously awaited the release of the season finale of the Netflix thriller “Stranger Things,” the network went down for a brief period on … END_OF_DOCUMENT_TOKEN_TO_BE_REPLACED

If you know of local business openings or closings, please notify us here.PREVIOUS OPENINGS AND CLOSINGS· Air Products and Chemicals Inc.'s chosen … END_OF_DOCUMENT_TOKEN_TO_BE_REPLACED