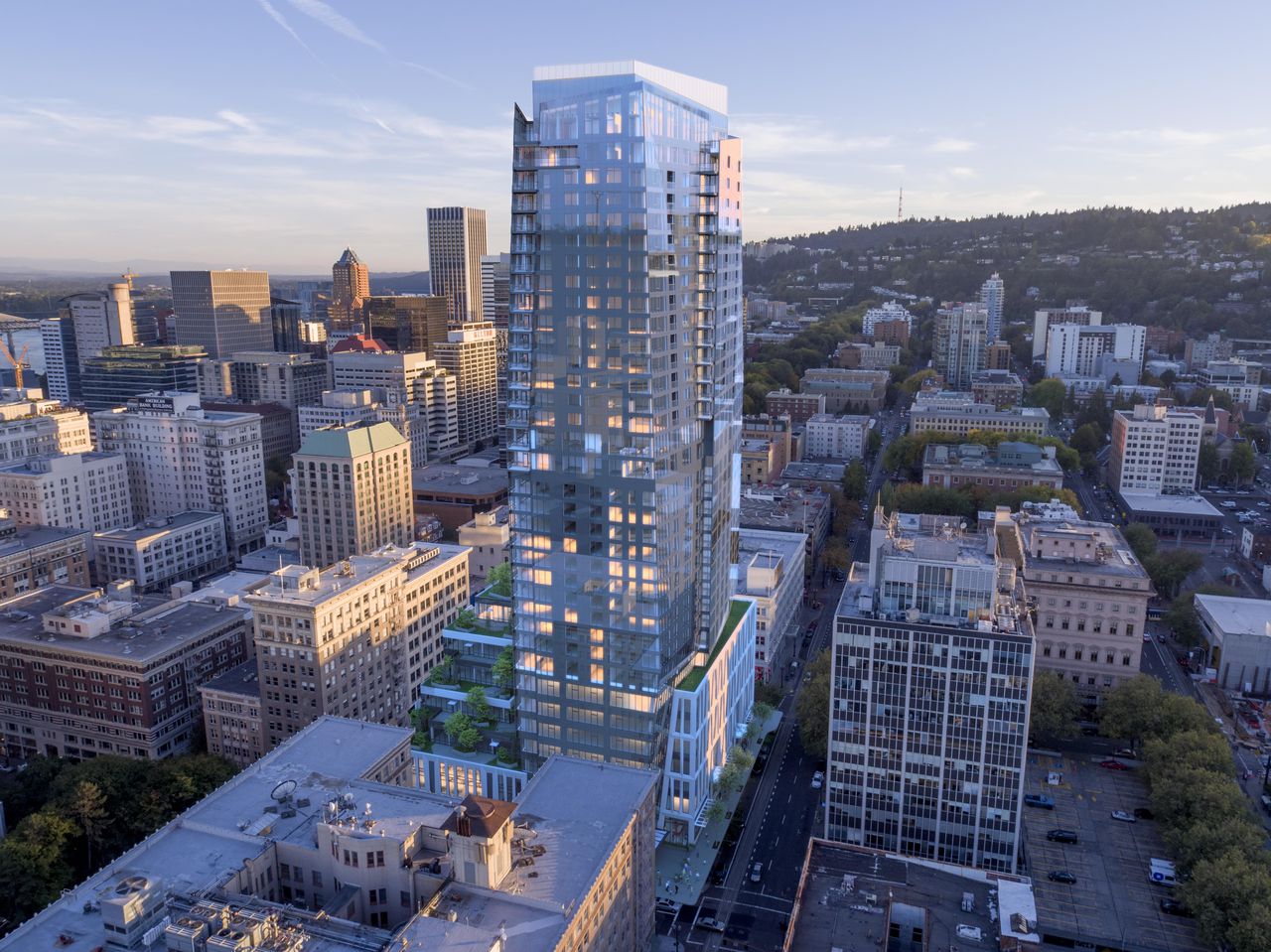 Call it a nod to the pods.

BPM Real Estate Group, developer of the Ritz-Carlton hotel under construction in downtown Portland, has unveiled a food hall concept for the ground floor of the enormous building, a recognition of the popular pod of food carts the huge project displaced.

The food hall, as yet unnamed, will be located on Southwest Ninth Avenue. It will feature up to nine food vendors. BPM said in a press release that the hall will feature “a lively blend” of grab-and-go spots, sit-down casual restaurants, coffee shops, brewers and distillers.

BPM has entered into an agreement with Leeroy & Kimble LCC to lease the entire 8,226-square-foot space. According to a BPM press release, Leeroy & Kimble is a “local restaurant and resort group that manages multiple locations throughout Oregon.”

Oregon business records show that Leeroy & Kimble was founded Feb. 5 of this year by Jae Kim of Portland. Kim could not be reached for comment.

According to his LinkedIn profile, Kim is business manager of the Surfside Resort Corp., which runs a hotel in Rockaway Beach. Kim also lists himself as a franchisee of the Beaverton location of South Korean bakery Tous Les Jours.

A rendering of the planned 35-story tower at Southwest 10th Avenue and Alder Street that will house a Ritz-Carlton hotel.GBD Architects

The Ritz-Carlton will feature office space and condominiums in addition to the luxury hotel. It is one of the largest and most expensive real estate projects in state history.

The million-square foot building is rapidly taking shape and expected to be completed by April 2023.

The site is bounded by Southwest Alder and Washington Streets and by Southwest Ninth and Tenth avenues. Previously, the site was a surface parking lot that had become home to one of the first and largest food cart pods in the city.

As fans anxiously awaited the release of the season finale of the Netflix thriller “Stranger Things,” the network went down for a brief period on … END_OF_DOCUMENT_TOKEN_TO_BE_REPLACED

If you know of local business openings or closings, please notify us here.PREVIOUS OPENINGS AND CLOSINGS· Air Products and Chemicals Inc.'s chosen … END_OF_DOCUMENT_TOKEN_TO_BE_REPLACED