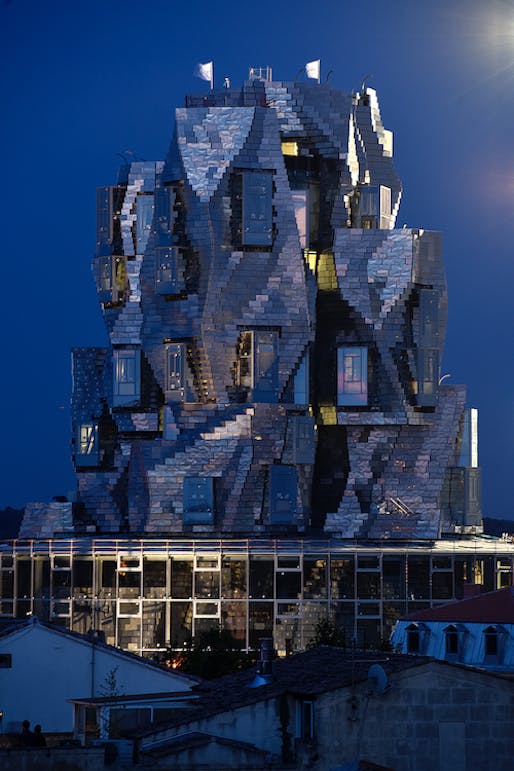 Alexander Walter caught up with the two principals of PLY+, recipients of one of this year’s Emerging Voices Awards from The Architectural League of New York.

Nathan Mattson was happy to see them get some attention “One of the best small firms in Michigan IMHO. Really great people too.”

Plus, Sean Joyner reviewed the results of a survey sent out to help better understand the current climate and plans for, reentry to the office within the Archinect community. andrewparker1 was interested in more data on the demographic breakdowns as in their experience “there is a horizontal split age-wise of who wants to be in the office/wants others to be in the office and those who prefer to predominately work from home.”

Yet, Chemex would “rather see some backyard basements or a total teardown and rebuild of some nice duplex/fourplexes that look like homes not McUrbanist hotels”.

While many panned the LUMA Arles art complex by Gehry Partners, LLP midlander argued “this looks like a fascinating and complex building for a banal site…i would actually travel to arles to visit, which isn’t something i considered doing before. in that sense, it’s a likely success at meeting the clients goals. besides having a compelling weird beauty.” For his part Gary Garvin
saw the swirls of Van Gogh / Starry Night, in the “pixelated” stainless steel, panelized facade.

The OMA/Shohei Shigematsu-designed Audrey Irmas Pavilion at Wilshire Boulevard Temple in Los Angeles is taking shape. The choice to “move from a uniform panel coloration to something that appears to correspond with the angle of the window unit” generated a bit of chatter and as ɯɥɐp noted its a good example of “how buildings evolve from representation to final construction.” Orhan Ayyüce offered his verdict “It talks nicely to the surrounding city and the buildings, especially to the temple, all framed beautifully and specifically. Definitely an intelligent addition to Wilshire Blvd. Looking forward to seeing it someday.”

Amidst all the chatter and excitement over Lacaton & Vassal winning the 2021 Pritzker Architecture Prize (did you catch how monosierra called it back on March 5th?) some folks managed to get excited when Brigitte Shim and A. Howard Sutcliffe were awarded the 2021 RAIC Gold Medal. As b3tadine[sutures] pointed out “This firm has been doing beautiful, and relevant work for a very long time. This recognition is well overdue.” There was of course also the news that Lina Bo Bardi has been awarded the Golden Lion (posthumously) for Lifetime Achievement.

In economic news, the February ABI from the American Institute of Architects climbed into positive territory for the first time since February 2020 and it continued to rise in March. 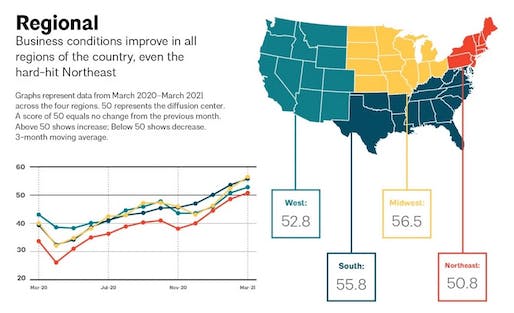 R.I.P. Hugh Newell Jacobsen, at 91. Although not previously familiar with the work, randomised liked “the consistent play with the archetypical house silhouette in almost every project.” 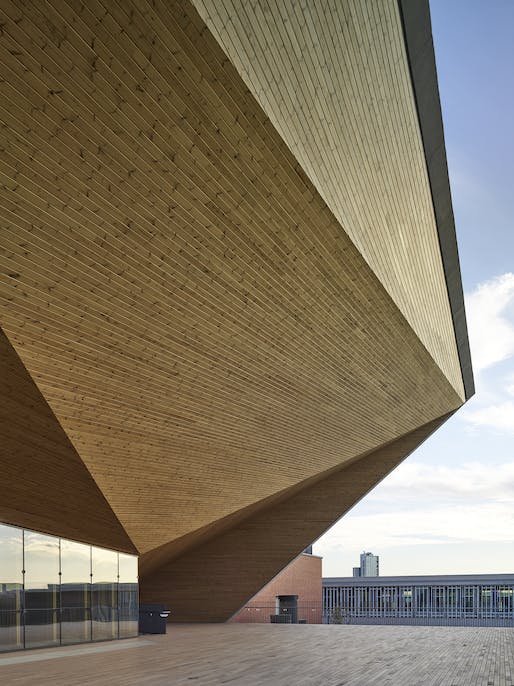 TED Ankara College Campus Performing Arts Centre in Ankara, Turkey by Uygur Architects and Shui Cultural Center in Guizhou, China by West-Line Studio are just two of the latest top images (in no particular order) from the Archinect Pinterest board Fancy Facades. 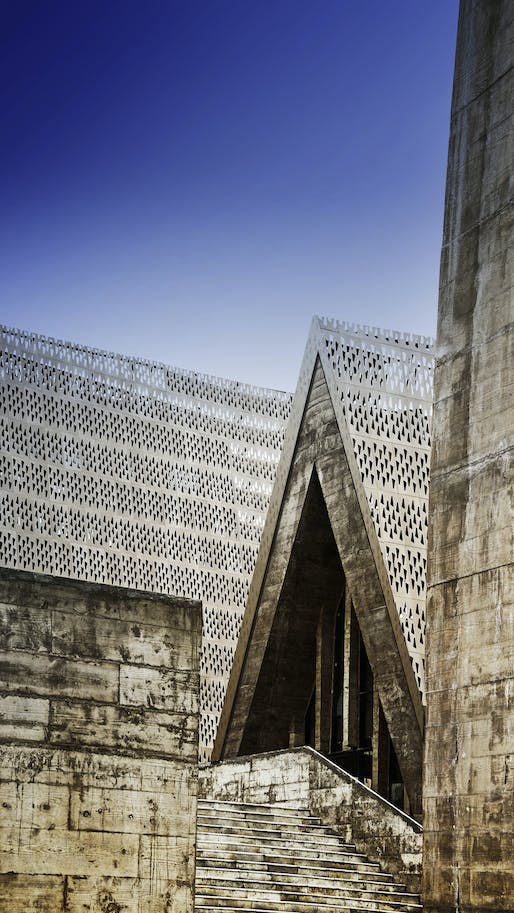 The first few posts of June Lee’s new blog have been about architectural solutions for “future habitation in space exploration age” and why this may require “new perspectives” wherein the concept of “Top” and “Bottom” are more in flux.

Looking for work? Then consider applying to;

Soho House & CO., to be their new Mid-Level Architect or Marmol Radziner, either as Job Captain or one of 5+ open positions.

Otherwise, Selldorf Architects is hiring for a Project Architect and Terreform ONE an Architect/Designer, especially if you are interested in “working on site-specific projects ranging from desert structures to engineered living material (ELMs) homes.”

JGMA unveiled their design for 1229 W Randolph a “unique” project with Thor Equities. 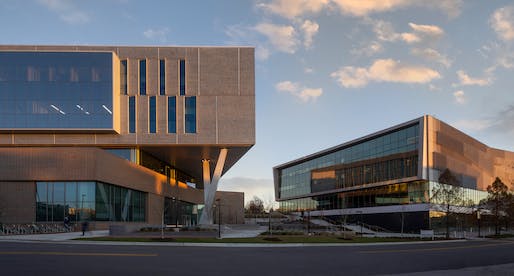 Mariz Yousef (who is a second-year architecture student) reflects back on her experience of “how the first year went”. Her biggest lesson, “take challenges and difficulties as small rocks and use them to build your stairs to help you reach your goals and become resilient will help you to be stronger and unbreakable.”

ASTERISK is an organization started by a group of architecture students at Woodbury University, who ask “how many other instances are there where the minority figure has been rewritten as an asterisk in a white man’s story? And what role does academia play in silencing those asterisks?” 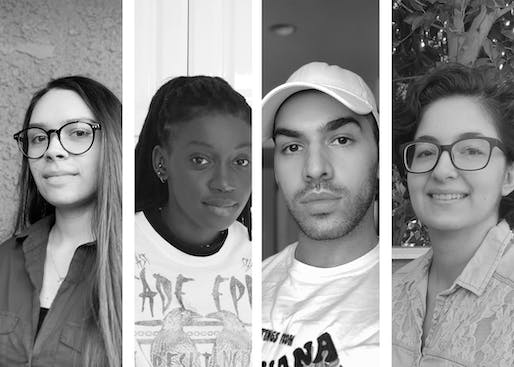 Donna Sink shared the news that Cranbrook Academy of Art intends to pause admission to the Architecture program for Fall of 2021 as the institution embarks on “an ambitious plan to re-imagine the Architecture department at the Academy”.  Her own hope is that the school will rediscover its history of “material practice”.

Miles Jaffe was looking for a connect “After another decade of abuse I need to replace the cover on my drafting table. Unfortunately Alvin is finished and I can’t find Vyco / Borco anywhere, everyone is out of stock.”

gibbost and SneakyPete directed him to Pacific Arc and others offered a few alternative suggestions/links. There is also at least one ‘Nector who has been stockpiling the stuff. On a related note, many referenced Mile’s absence from the forums over last year and expressed delight at his reappearance.

Eren_123 asked “I obviously know architecture is not all about aesthetic design, but are most of your projects just glass blocks or is it more exciting than that? If they are, what actually brings you joy in working as an architect?”

Even though most do find “joy as an architect” many also can’t help but see the “mistakes”. As natematt described “Always tend to have ONE thing that is left eating away at me. Like, I’m happy with it, and I’m pretty good at just ignoring the little things, but there is always that one thing that just really didn’t go right”. whistler agreed “There is always something to be learned and always things that could be done better or differently.” Later randomised quipped “satisfied is a big word, I’d say relieved.”

Finally, kjpn put out a call for a Wall Assembly Crit as part of their home design. However, they were only interested in “constructive comments”. Luckily folks came through with Non Sequitur jumping in first.

“6” of spray-foam is the lazy answer…Also, how is that sheathing fastened to the studs through 2” spray? Anyways, stucco is also a bad choice, ditto if cost is not a concern…Side point, is there a 6mil poly vapour retarder in those details?  I can’t really them.”

The use and details of a drainage plane generated some back and forth with BlazeFoley recommending the use of “Kingspan GreenGuard DC14 Drainage Mat” and “using screws for attaching Zip R instead of nail fastener’s…..to mitigate the offset of structural anchoring.” Wood Guy took the opportunity to challenge the OP/everyone “My personal opinion is that having to resort to foam when building new, above grade, is a failure of design–there is always a way to insulate safely that will perform as well as foam with lower emissions. But that’s another argument.” kjpn and Chad then got into WUFI calculations and the permeability continuum from vapor barrier (0.1) to vapor retarder (10 perms).

Over at Treehugger, mass timber architect, Michael Eliason explains why when it comes to innovation and the need to confront the climate crisis America’s Architecture and Construction Industry Is Broken.

A prototype, all-electric airplane took its first flight Tuesday morning in central Washington state. The Seattle Times reports that if the Federal … END_OF_DOCUMENT_TOKEN_TO_BE_REPLACED

Even with the market seemingly finding new depths each day, now is probably not a good time to bet on the Federal Reserve to ride in and save the day … END_OF_DOCUMENT_TOKEN_TO_BE_REPLACED

WASHINGTON (AP) — Democratic Sen. Joe Manchin has abandoned, for now, his push to speed up the permitting process for energy projects, easing the … END_OF_DOCUMENT_TOKEN_TO_BE_REPLACED