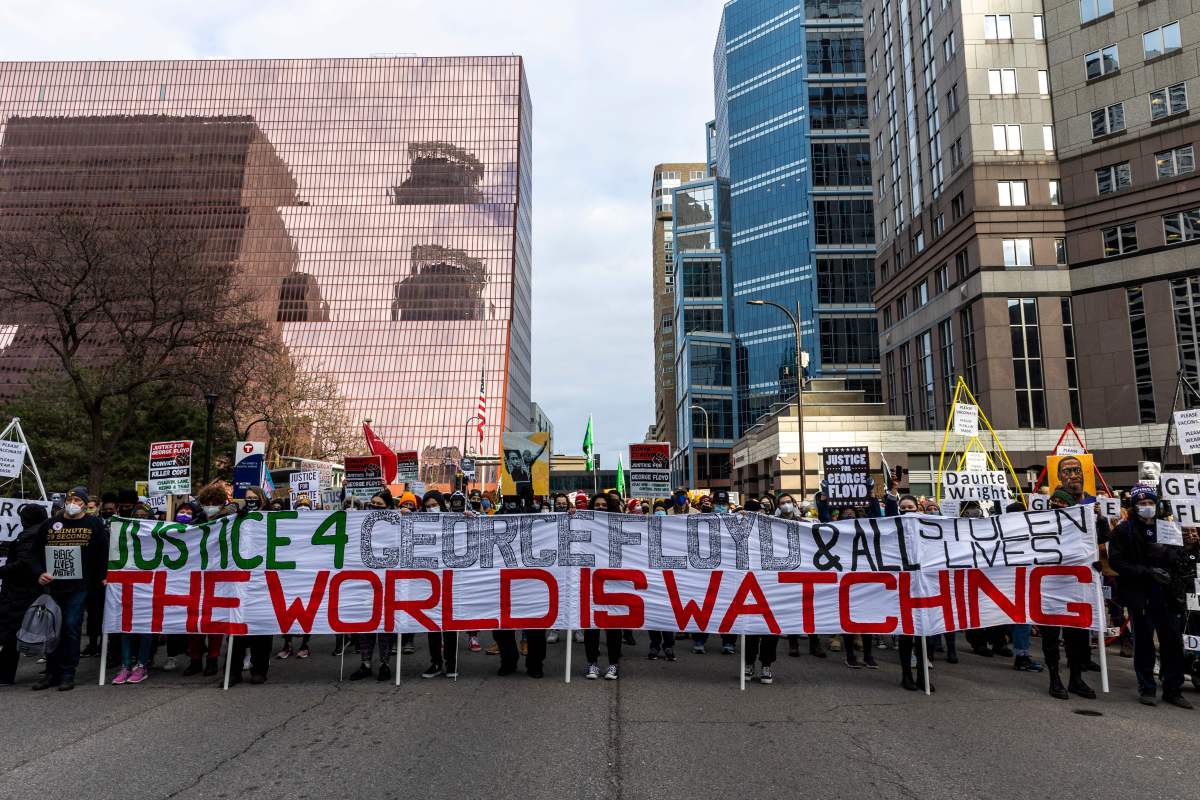 Former Minneapolis police Officer Derek Chauvin has been convicted of murder and manslaughter in the death of George Floyd, the explosive case that triggered worldwide protests, violence and a furious reexamination of racism and policing in the U.S.

The jury reached its verdict Tuesday after deliberating about 10 hours over two days. Floyd died last May after Chauvin, a white officer, pinned his knee on or close to the 46-year-old Black man’s neck for about 9 1/2 minutes.

The jury, made up of six white people and six Black or multiracial people, weighed charges of second-degree unintentional murder, third-degree murder and second-degree manslaughter, with convictions on some, none or all of the charges possible.

The city has been on edge in recent days — not just over the Chauvin case but over the deadly police shooting of a 20-year-old Black man, Daunte Wright, in the nearby Minneapolis suburb of Brooklyn Center on April 11.

At the sentencing, Chauvin’s face was obscured by a COVID-19 mask, and little reaction could be seen beyond his eyes darting around the courtroom.His bail was immediately revoked and he was led away with his hands cuffed behind his back. Sentencing will be in two months.

As the judge asked jurors if they reached a verdict, a hush fell on the crowd in a park adjacent to the courthouse, with people listening to the proceedings on their cellphones. When the final guilty verdict was announced, the crowd roared, many people hugging, some shedding tears.

At the intersection where Floyd was pinned down, a crowd chanted, “One down, three to go!” — a reference to the three other fired Minneapolis police officers facing trial in August on charges of aiding and abetting murder in Floyd’s death.

By Rajesh Rege Until very recently, sustainability did not gain currency as a defined corporate objective across a majority of industrial sectors. … END_OF_DOCUMENT_TOKEN_TO_BE_REPLACED

The revelation that a cryptocurrency lobbyist donated £500,000 to the Conservative Party two months before the government pledged to turn the UK into … END_OF_DOCUMENT_TOKEN_TO_BE_REPLACED

WASHTENAW COUNTY – An indoor saltwater pool, vaulted ceilings and rolling hills are the highlights of a spacious 14,000-square-foot estate in between … END_OF_DOCUMENT_TOKEN_TO_BE_REPLACED