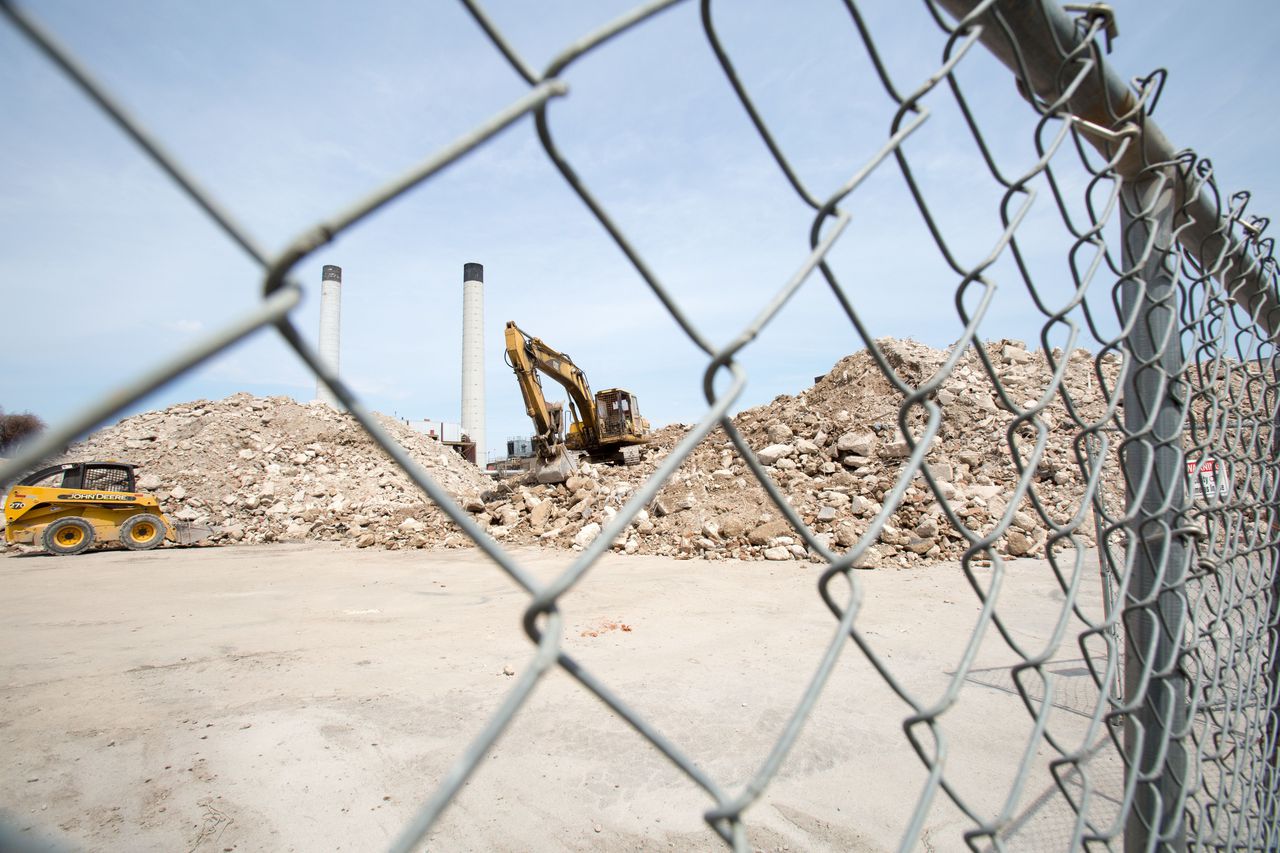 By Angela Couloumbis of Spotlight PA, and Joseph N. DiStefano and Craig R. McCoy of The Philadelphia Inquirer

Spotlight PA is an independent, non-partisan newsroom powered by The Philadelphia Inquirer in partnership with PennLive/The Patriot-News, TribLIVE/Pittsburgh Tribune-Review, and WITF Public Media. Sign up for our free newsletters.

Federal prosecutors investigating Pennsylvania’s $64 billion public school pension fund are looking for evidence of kickbacks or bribery as they explore why the plan exaggerated investment returns and spent millions to amass real estate in Harrisburg.

Subpoenas reviewed by Spotlight PA and The Philadelphia Inquirer demand information from the fund itself, its executive director, and at least three other senior executives. The documents lay bare the scope of the probe and reveal that prosecutors and the FBI are investigating possible “honest services” fraud and wire fraud.

FBI agents have also been carrying out interviews, documents show, in the probe of PSERS, the Pennsylvania Public School Employees’ Retirement System. The pension fund, one of the nation’s largest, sends more than $6 billion in pension checks each year to 265,000 retired teachers and other former school employees.

The investigation is also probably “benefiting from the cooperation of an insider,” a defense lawyer has told the fund’s leaders.

Evelyn Williams, a spokesperson for the pension system, said it would have no comment on the probe. The U.S. Attorney’s Office has also declined to discuss the probe.

So far the investigation has forced the plan to commit more than $1 million to hire three outside law firms and a consultant to oversee its highly paid investment office.

One law firm, Philadelphia’s Morgan Lewis, quickly warned the fund that its members could face “catastrophic” consequences, including the immediate taxation of all future benefits, unless it corrected errors in its performance results.

Another firm, Pillsbury, of Washington, D.C., was the one that warned the fund about the possible informant within its ranks. It did so in a pitch to be hired.

Among other issues, he said the FBI appears to be pursuing a possible cover-up — or, as he put it, “potential concealment of material information.”

Sullivan, a former federal prosecutor, said he has been “uniquely successful … in persuading government and regulatory authorities to decline to pursue criminal investigations.” He also promised Pillsbury could shield board members “from aggressive criminal investigative scrutiny.”

He called for the fund to cooperate with law enforcement, to conduct its own “credible” inquiry — and to quickly interview witnesses “to learn what they may have told the FBI.” Sullivan, who briefed the board Wednesday night in a session closed to the public, declined comment for this article.

PSERS hired his firm, along with Morgan Lewis and Womble Bond Dickinson, which has offices in the United States and the United Kingdom. Womble is being paid up to $367,500, while the lead attorney for Morgan Lewis charges $1,210 an hour — a discounted rate, according to its contract with PSERS, which is public. Total fees for Pillsbury and Morgan Lewis aren’t yet disclosed.

The fund has also hired a Seattle consultant, Verus Advisory Inc., for $810,000 to help its big investment staff during the crisis. The 50 members of the fund’s in-house investment shop are paid $9.2 million yearly in salaries. Its chief, James H. Grossman Jr., earns $485,421, the most in state government.

As The Inquirer has previously reported, prosecutors are digging into two issues — the board’s vote in December to adopt an overstated figure for its investment performance, and its $5 million appropriation in 2019 to buy real estate near its headquarters in the state capital. It’s unclear whether the two issues are related.

Jackie Lutz, the retirement system’s chief counsel, told PSERS employees on April 8 to safeguard all documents or computerized information related to those two matters. The subpoenas state explicitly that those are the two issues under investigation.

Her instruction came more than two weeks after federal authorities demanded those records. PSERS officials would not comment on that delay.

The board’s vote in December was highly significant because the agency changed its performance results to boost investment returns. The change was just high enough to spare 100,000 working teachers from having to pay more into the fund. Under state law, such payments are tied to performance results. Instead, only taxpayers were to face an increase.

Grell and Grossman insisted last year that the number was accurate, even though then-State Treasurer Joe Torsella, a fierce critic of the fund’s management, questioned why PSERS was retroactively improving its results.

But this spring, the panel disavowed the number, redid the calculation, and adopted a new lower figure — one that triggered higher payments into the plan by newer teachers and school employees. The bigger bite for them and taxpayers takes effect July 1.

Fund documents show that the board is now pondering such questions as whether the botched number was not simply a mistake, but was manipulated by staff or consultants “to achieve a certain outcome” and whether some officials knew about the flawed calculation but kept it secret.

Another issue concerns an outside consultant, ACA Group of New York, which was hired to check the calculation and whether its review was deliberately handcuffed

Before the board reversal, pension officials said repeatedly in official documents that ACA had verified the number. ACA then pushed back, insisting that it was hired only to spot-check the math.

The grand jury subpoenas demand that the plan provide “a roster of the individuals involved with the calculation” as well as “final versions, draft versions and revisions” of key documents used to reach it. It also seeks material given the fund by three financial consulting firms who played roles in the calculation debate.

In interviews last week, tax experts said that Morgan Lewis, in an April 2 letter, was indeed pointing to a major risk. If the IRS was to “disqualify” the pension plan because it failed to address an incorrect performance figure, working teachers and others who have been paying into the fund would suddenly face taxation on those payments.

The subpoenas also demanded records concerning a series of Harrisburg buildings and lots bought by PSERS. The subpoenas identified them as the former Patriot-News building at 812 Market St., two other government-owned buildings on Market Street, and three parking lots on 10th Street. The real estate is a short walk from the PSERS office.

The Patriot-News building, on the market since 2010, was sold in June 2017 to a New York commercial realty company and resold in December 2017 to a Texas-based firm which later revealed it purchased the property on PSERS’ behalf.

The fund bought that and the other properties between 2017 and 2020 for a total of $2.2 million. It spent an additional $785,000 last year to buy two more lots on Market Street, though those weren’t named in the subpoenas. Those last purchases were approved in a session closed to the public and media.

In all, the board approved $13.5 million to buy and develop the properties, including the 2019 installment of $5 million cited in the subpoenas. While the fund has demolished the old Patriot-News buildings and spent money on maintenance, total spending is unknown.

Though PSERS has said little about the purchases, internal documents say that it planned to come up with a master plan for the site. In addition, the documents say PSERS’s legal staff had negotiated development agreements for the properties.

In 2019, Grell told the board that the fund might partner with Harrisburg University of Science and Technology to build a mixed-use tower. A university spokesperson said Friday that nothing had come of that.

While the federal crime of bribery generally can be brought only against federal officials, U.S. prosecutors pursuing state officials sometimes charge them instead with honest-services fraud. The law defines this as denying people the “intangible right of honest services.”

Up until a decade ago, federal prosecutors seeking to charge corrupt state officials with honest-services fraud could do so when a suspect had a hidden conflict of interest, even if no illegal payments could be shown.

However, the Supreme Court, concerned about federal overreach and a nebulous statute, has stricken conflicts of interest as grounds for such a case, according to experts including Michael A. Schwartz, a former federal anticorruption prosecutor in Philadelphia. He now heads the white-collar and government investigations practice at the Troutman Pepper law firm.

The high court ruling involved an executive of the discredited energy firm Enron. Honest-services cases can be brought against officials and private executives.

WHILE YOU’RE HERE… If you learned something from this story, pay it forward and become a member of Spotlight PA so someone else can in the future at spotlightpa.org/donate. Spotlight PA is funded by foundations and readers like you who are committed to accountability journalism that gets results.

NASSAU, Bahamas — Last year, an FTX executive walked into a bank office here and put $4.5m of the company’s money behind an ambitious plan to buy an … END_OF_DOCUMENT_TOKEN_TO_BE_REPLACED

The board of the Insurance Regulatory and Development Authority of India (IRDAI) on Friday approved a host of proposals, involving private equity … END_OF_DOCUMENT_TOKEN_TO_BE_REPLACED