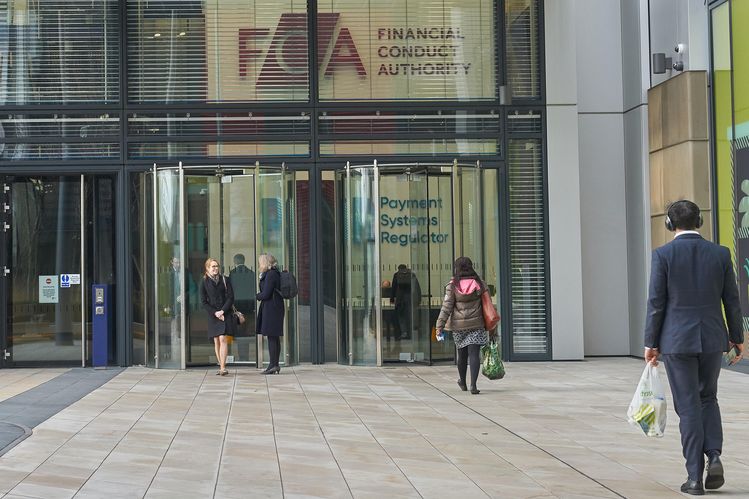 The Financial Conduct Authority’s London-based employees have been asked to return to the regulator’s London office for at least one day a week from mid-Autumn.

Bosses at the UK’s markets watchdog told its roughly 4,200 employees that staff employed in its office in Stratford, East London were expected to work from there “for at least 20% of your working time, each month” from November, according to an all-staff memo dated 31 August and seen by Financial News.

The FCA’s London employees are expected to at least double their office hours for four months from January. The regulator wants staff in the office for “no less than 40% of your time, each month” from then, the memo from the regulator’s 10-person executive committee said.

The move forms part of the regulator’s six-month trial of a hybrid working model, where staff split their time between the office and their home.

“This is a shift for us all and we recognise that [this] adjustment may take some time to get used to,” the memo said, adding that it was “entirely understandable” that staff may feel “nervousness about the return”.

Staff in the regulator’s Edinburgh office are not expected to return to their office until the expected completion of refurbishment works on that building in mid-November, the memo said. From then, they will be asked to work from their office at the same frequency as their London colleagues.

READ  Speed chess and free ice cream: how asset managers are luring staff back to the office

The watchdog’s plans mirror requirements on Bank of England staff, who are expected to work from the central bank’s London office for one day a week from this month. The plans have been welcomed by FCA staff, according to a person familiar with their thinking.

But they trail those of the financial institutions the FCA regulates.

The City’s biggest banks and asset managers reopened their doors to the majority of their employees in early September, after the pandemic forced thousands of their staff into home-working set-ups for just under 18 months.

Nearly all of the FCA’s staff have worked from home throughout the pandemic.

In late 2020, the FCA said it had 97% of its employees working remotely and that its numbers of home workers had fluctuated between 95% and 98% since the onset of the Covid-19 crisis in March that year.

An FCA spokesperson said: “Like all organisations, we’ve found new ways of working since March 2020. We want to learn the lessons of the last 18 months by trialling a more flexible, mixed approach to office and home working, starting in November.”

“Throughout the trial, we will listen to colleagues’ feedback and continue to monitor government guidance,” the spokesperson added.

In August, the chancellor of the exchequer Rishi Sunak told LinkedIn he expected to see a “gradual” return to the office following the government’s mid-July easing of all Covid restrictions in England.

Still, there remains pockets of trepidation about a return to City life as the spread of the Delta variant of coronavirus raises fears of a return of virus restrictions in the coming months.

READ  City bankers brace for lockdowns to return by year-end

In a Deutsche Bank survey of 189 market participants in the UK, conducted in late July, 16% said they expected life to be “heavily restricted after a fresh wave of Covid-19 cases” by December and 60% saw some form of “daily life [or] economic restrictions still to be in place”.

By Rajesh Rege Until very recently, sustainability did not gain currency as a defined corporate objective across a majority of industrial sectors. … END_OF_DOCUMENT_TOKEN_TO_BE_REPLACED

The revelation that a cryptocurrency lobbyist donated £500,000 to the Conservative Party two months before the government pledged to turn the UK into … END_OF_DOCUMENT_TOKEN_TO_BE_REPLACED

WASHTENAW COUNTY – An indoor saltwater pool, vaulted ceilings and rolling hills are the highlights of a spacious 14,000-square-foot estate in between … END_OF_DOCUMENT_TOKEN_TO_BE_REPLACED