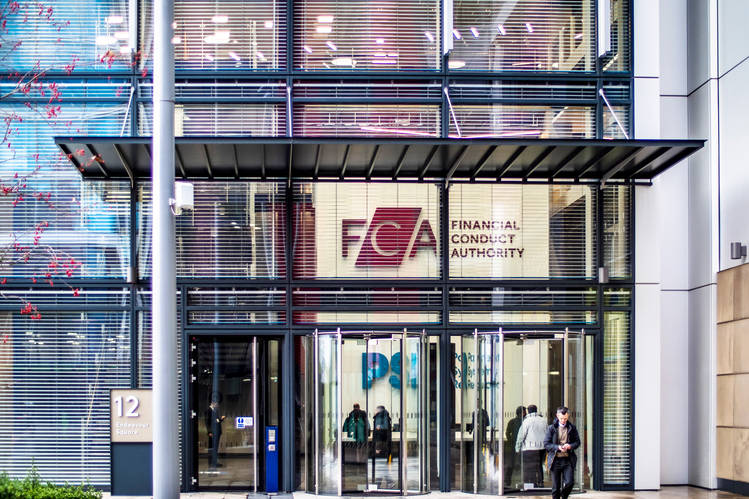 FCA staff say they are a third more likely to go the extra mile than before the pandemic, according to internal polling seen by Financial News, backing the performance of the watchdog’s management despite a series of hits to its reputation.

In a meeting on 26 November, minutes show that FCA chief executive Nikhil Rathi briefed the watchdog’s board on “the monitoring and engagement with staff on staff wellbeing”.

Financial News sent a Freedom of Information Act request to the regulator for copies of the latest research, reports or other data collected by the FCA on staff wellbeing.

The FCA says it has run quarterly ‘care’ surveys with staff since April 2020.

The watchdog told FN it has “consistently had two-thirds of colleagues across the organisation responding, so these checks of how our people are doing in the pandemic context are a really robust indicator.”

The results of October’s survey show that 81% of FCA staff gave a favourable response to the statement that, “compared with before the Covid-19 pandemic, I am at least equally willing to go the extra mile,” an increase of 32% from July’s reading.

Some 95% of FCA staff said they felt “proud of continuing to protect consumers and ensure markets and competition works well at this difficult time”, while 88% said they trusted the organisation to handle Covid-19 effectively.

Management also fares well in the staff polling; 81% felt their concerns are listened to by their line manager, 80% said management communicates in a clear way about the impact of the pandemic, and 80% said they believe their line manager gives their team clear direction.

This is despite a swathe of recent criticism launched by MPs against top staff at the regulator. Former chief executive Andrew Bailey has previously appeared before the Treasury select committee over the watchdog’s failings in the collapse of mini-bond firm London Capital and Finance, a scandal that resulted in the regulator’s senior team having its bonuses scrapped in March.

New boss Nikhil Rathi is set to face MPs on the committee this Wednesday, 12 May, along with chairman Charles Randell.

While criticism of the watchdog’s top brass may filter down to staff morale in forthcoming surveys, an increase in workload among FCA staff and lingering Covid concerns remain an issue, the October polling suggests.

Only 3% said their workload was either a bit less or much less than usual. About 40% say it is a bit more than usual, and 31% say it is a lot more than usual, with both readings increasing significantly from when readings were taken in April last year. The lowest favourability scores were about whether or not teams were prioritising work effectively.

Staff were also asked to rate how they felt in October about Covid-19 compared with the summer — 35% were more concerned, and 16% were much more concerned.

However, the results of the survey remain overwhelmingly positive, with no statement receiving a rating of less than 69% favourable.

KPMG regulatory insights centre director Phil Deeks, a former FCA staffer, says: “I’m sure my FCA colleagues are drowning as much as everyone, but they allowed a fallow period before just cracking on with it.

“The FCA has got itself into a position with sector initiatives that are not traditional regulatory change; what they’re doing on vulnerable customers and value, for example, its clear the regulator wants firms to do stuff different but doesn’t tell firms exactly what and when.

FCA staff have not been immune from receiving negative feedback on their own habits though.

In November 2019, the FCA’s chief operating officer wrote a note to castigate staff for “shameful” behaviour in its new Stratford base, from leaving faeces on a toilet floor, to overflowing bins and verbal abuse of support teams.

Nor have the FCA’s staff shied away from making their own thoughts clear on decisions made by the regulator before. Ahead of the move to the £60m east London premises in 2018, FCA staff were consulted on the relocation.

A report from a staff committee charged with canvassing opinion found “significant” safety concerns on behalf of employees making the move, with  “knife crime and gangs” singled out as a reason by some that they would feel “intimidated” and “less safe” than when the regulator was based in Canary Wharf.

Scammers are taking advantage of the holiday hubbub to defraud consumers in increasingly sophisticated schemes. While prevalent year-round, financial … END_OF_DOCUMENT_TOKEN_TO_BE_REPLACED

We pride ourselves on our service to Native American students and the communities they represent.We are approaching the end of a memorable fall … END_OF_DOCUMENT_TOKEN_TO_BE_REPLACED