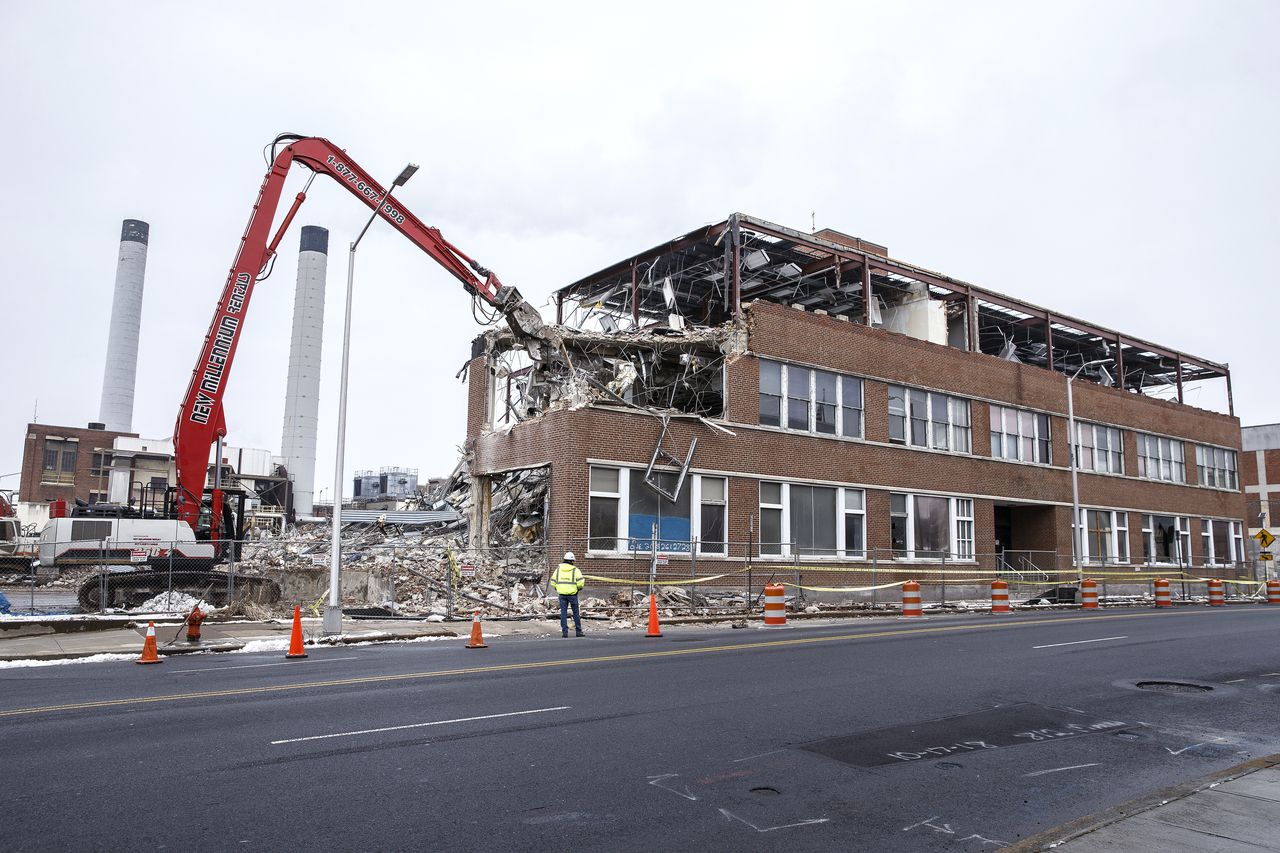 As part of an FBI probe into the state’s largest pension fund, authorities are looking at some real-estate purchases that include the former Patriot-News building in Harrisburg.

PSERS — the Pennsylvania School Employees’ Retirement System — confirmed earlier this month that federal authorities are using a grand jury as a tool in their investigation of the $64 billion fund.

Now, the Philadelphia Inquirer is reporting that in part of the FBI probe, authorities are digging into the PSERS fund’s authorization of $14 million to purchase and demolish buildings near its headquarters near the state Capitol, including the former Patriot-News building on Market Street.

The purchases have been shrouded in secrecy, made through two front companies, and the overall plan for the properties has not been made clear, the Inquirer reports.

PSERS announced in 2018 it purchased the former Patriot-News building, 812 Market St., and seven other properties for $1.6 million.

Those properties had been purchased just six months prior for the $644,000.

That’s a significant markup, the Inquirer points out, leading to PSERS issuing a statement at the time saying the previous $644,00 purchase price “bears no direct relationship to the true value of the property. The $1.6 million purchase price paid by PSERS represents the fair value of the eight-parcel property.”

PSERS is also under scrutiny in the probe for the purchase of other properties, including several parking lots on and around Market Street and a property formerly owned by the Pennsylvania Housing Finance Agency, according to reports.

PSERS has been criticized in recent years for its lagging returns and an increasing reliance on handouts from taxpayers and school employees to pay pensions.

With the long weekend upon us, Canadians will likely spend the next few days out at the lake or in their backyards, gathered around a … END_OF_DOCUMENT_TOKEN_TO_BE_REPLACED

SHAWNEE TOWNSHIP — Bob and Connie Sutherland have been in the swimming pool business for 53 years, and it all started from an ad in the … END_OF_DOCUMENT_TOKEN_TO_BE_REPLACED