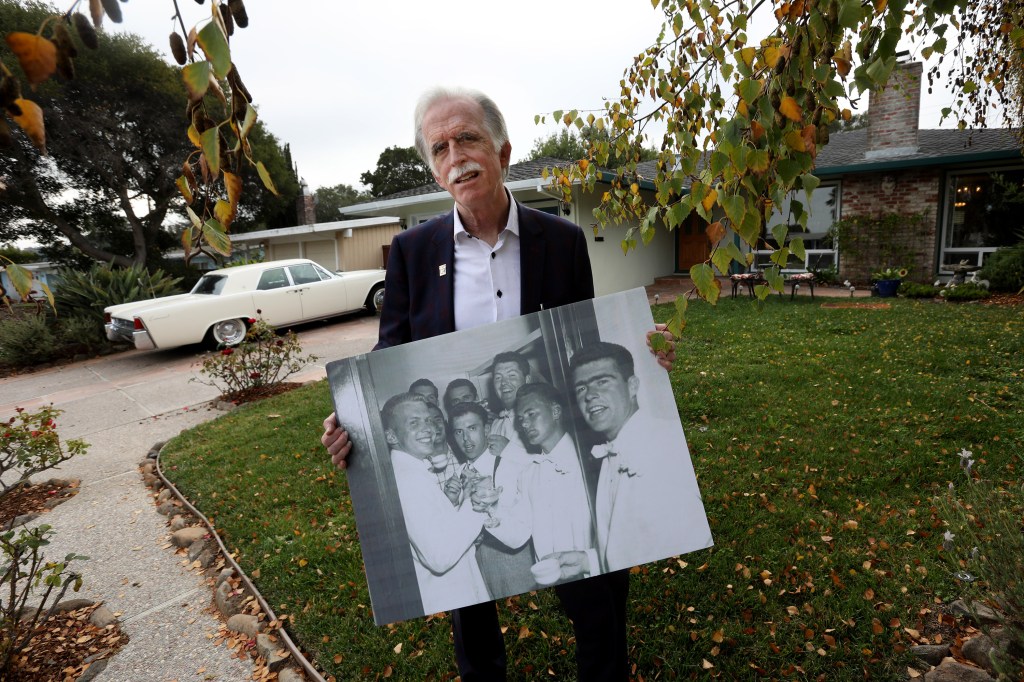 Jeff LaMont grew up in Millbrae Meadows, a pleasant suburban neighborhood where the families of police officers and office workers settled side-by-side in the 1950s and 60s.

“It’s tougher today,” said LaMont, who offered an example: “If you own the mechanic shop, you might be able to buy a home. But not if you’re a mechanic.”

First-time Bay Area home shoppers and buyers face a harsh reality — it take a lot more for young families to buy a house today than it did for their parents and grandparents.

In the 1960s, not long after LaMont’s father first bought in Millbrae Meadows, it took roughly twice a family’s income to purchase a home in San Francisco or its suburbs, according to research by Clever Real Estate. By 2020, it took about six times the median income to buy a Bay Area house. Now, it’s grown to nine times a typical household’s income.

The growing challenge for many families to afford a Bay Area home comes despite the prevalence of soaring tech salaries and the wages of double-income professional couples. The region’s median household income — about $110,000 — remains among the highest in the U.S.

“The Bay Area has always been expensive,” said Francesca Ortegren, data scientist at Clever Real Estate, noting that in most of the country, lenders recommend that a home cost no more than three times a buyer’s income. Now, Los Angeles is the only place in the country that’s less affordable.

A few factors have raised the financial bar higher for Bay Area buyers: lack of new homes, high demand in a growing economy, and the daunting level of savings needed for most down payments.

Young buyers have also been hit hard by rising costs in higher education. The price of a four-year college education skyrocketed five-fold between 1985 and 2019, in inflation-adjusted dollars. The added debt of student loans hinders many young professionals from saving up the needed down payment for a home, Ortegren said. For millennials, she added, “it’s really difficult — or unattainable — to get a home.”

A rule-of-thumb, 20% down payment in the Bay Area means buyers need to have at least $200,000 — and far more in desirable communities near tech headquarters. Agents say many buyers are coming into the market with 40% of a home’s purchase price ready in cash to win intense bidding wars.

To many agents and policymakers, it’s another troubling sign of inequality and the widening gap between high-income earners and other workers in the Bay Area.

“It scares me,” said veteran San Jose agent Dave Walsh, president of the California Association of Realtors. “How close to this cliff are we going to get?”

The median price for a Santa Clara County house has reached more than $1.5 million, and Walsh noted “that’s not a glamorous home.”

He’s concerned that even more people will be shut out when interest rates rise above their near-record low levels. “A lot of young families are making this value decision,” Walsh said, “What’s important, quality of life or a job?”

Santa Clara agent Alan Wang said tech buyers are coming in with a huge advantage — a stock portfolio that can be easily converted into a big, cash down payment. “It’s near impossible to fight with this tech money,” he said. “That’s the sad reality.”

The priciest spot in the Bay Area during the pandemic has become San Mateo County. The median sale price for a single-family home in September hit $1.79 million, an 8.3% rise from the previous year that topped medians in San Francisco ($1.67 million) and Santa Clara County ($1.51 million).

On a recent day in Millbrae Meadows, LaMont mingled with long-time homeowners and friends.

LaMont started selling homes in 1987 and has focused on San Mateo County. He’s sold nearly 250 homes in Millbrae Meadows, a neighborhood once populated by Italian and Irish families and now home to many Asian families with parents in tech.

It’s an easy market for a seller — good public schools, little fog and a neighborhood swim club. “It’s a nice, sleepy suburban neighborhood,” LaMont said. Most of his listings sell in about eight days.

Gary Stelling, 81, and his wife moved into the neighborhood from San Francisco years ago to raise his two children. The former PG&E employees bought a nice, single-story home in 1971 for $41,000. Low property taxes and a high potential capital gains bill have kept the couple in their house.

“Now it’s a rich neighborhood,” he said, and laughed. “There’s still a few poor guys like me.”

His children and their families have settled in less expensive Napa and Seattle. “I never recommended them to live in the Bay Area because of the cost,” Stelling said.

“That’s one of the downsides,” LaMont chimed in. “Kids go away to college and they don’t come back.”

Please be fire aware, and stay and play responsibly. Summer in Flagstaff is a spectacular season of fun in the sun, and Flagstaff365.com is the … END_OF_DOCUMENT_TOKEN_TO_BE_REPLACED

The University of Plymouth, the AHSN Network and Boehringer Ingelheim, has launched evidence-based recommendations to drive inclusive digital health … END_OF_DOCUMENT_TOKEN_TO_BE_REPLACED

This year’s Rising Stars of Private Equity has been published at a time of great uncertainty for the sector, as the young professionals on our list … END_OF_DOCUMENT_TOKEN_TO_BE_REPLACED