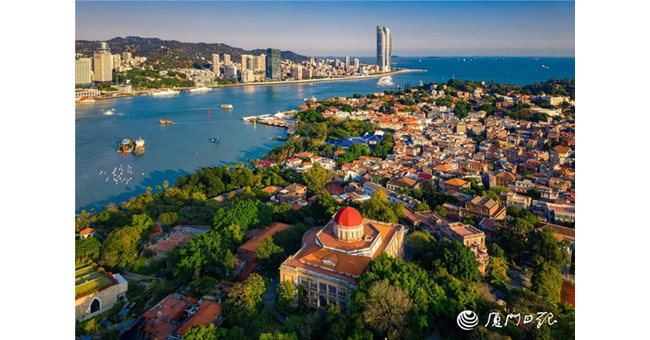 According to a development plan released by the provincial government in March, the added economic value of Fujian’s digital economy will reach 2.6 trillion yuan ($398 billion) by 2022, with an annual growth rate of 15 percent, accounting for more than 50 percent of the province’s GDP.

Fujian will accelerate its pace in setting up the innovation center for BRICS Partnership on the New Industrial Revolution in Xiamen, as well as deepen cooperation in policy coordination, talent training, and project development. New forms and modes of business involving digital trade, such as digital marketing and cross-border e-commerce, will be cultivated in Fujian. A number of important carriers and industrial clusters for digital trade will also be set up.

Official statistics show that Fujian’s trade with countries involved in the BRI increased 7.2 percent year-on-year to 488.19 billion yuan last year, while Digital Silk Road construction will drive the province to boost cooperation with economies participating in the BRI, according to Huang Maoxing, dean of Fujian Normal University’s Economics School.

Action will be taken to promote the construction of a “Silk Road Maritime” informatization platform to advance information and resource integration among ports, shipping enterprises, as well as logistics companies. Efforts will be made to increase the service level of integrated pilot zones for cross-border e-commerce, while cooperation in cross-border e-commerce between BRI countries and regions will be expanded, aiming to set up a core area for the development of Silk Road e-commerce.

Fujian has also set up digital education platforms in BRI countries and regions to deepen education cooperation. An integration center for the artificial intelligence (AI) industry and education was established in Nanping to carry out AI talent training, as well as exchange projects.

Authorities also said that the local government will support the integrated development of the digital economy between Fujian and Taiwan. Fujian will help Taiwan businesses better integrate into the mainland, while Taiwan companies will be encouraged to participate in construction projects related to digital economy.

Franchise concepts that teach skills to children seems to be a recipe for success here on Long Island. Whether they focus on education, like The … END_OF_DOCUMENT_TOKEN_TO_BE_REPLACED

CNBC's Jim Cramer on Wednesday told investors that they should take gloomy economic commentary from bank executives with a grain of salt. "Don't panic … END_OF_DOCUMENT_TOKEN_TO_BE_REPLACED