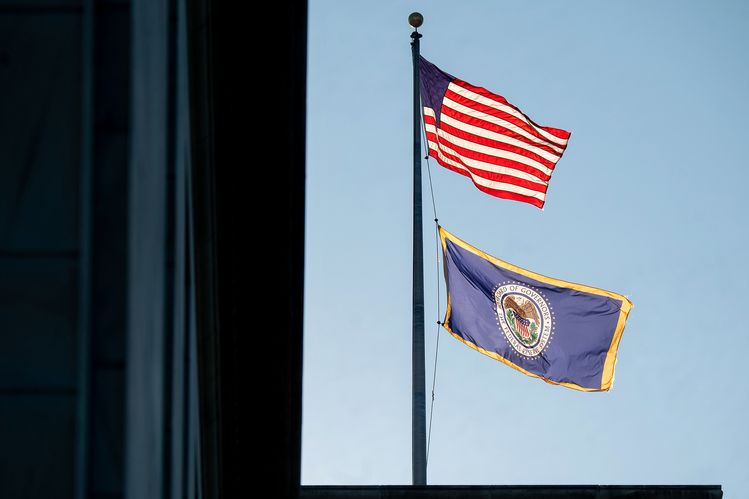 The prospect of rising inflation has spooked investors, with European stocks following a sell-off on Wall Street sparked by a 13-year-high rise in US inflation.

The tumble for European shares come after investors dumped US stocks on 12 May, after data from the Department of Labor showed consumer prices in April had risen 4.2% year-on-year – much higher than analysts expected.

The subsequent market sell-off led to the S&P 500 recording its biggest one-day percentage drop since February, while investors dumping tech stocks dragged the Nasdaq Composite index down by more than 2.5%.

Federal Reserve officials have tried to allay concerns, suggesting the year-on-year rise in inflation is temporary. However, fund managers are adopting a more cautious approach.

“The first thing to say is that we really aren’t going to know the answer to ‘transitory or not’ for many months,” said James Athey, an investment director at Aberdeen Standard Investments.

“Much of the increase in inflation just reported for April was driven by sectors and factors that could very easily fall into the transitory camp. What matters in the medium term is the extent to which wages cannot just keep pace with price rises but actually outstrip them. If that occurs then the conditions will exist for a self-sustaining inflationary dynamic. So far we are not there.”

Athey said it was likely investors will employ strategies such as selling five-year Treasuries as a way of protecting against higher inflation and counter the threat of tighter monetary policy in the future.

“While the Fed message today is of patience and dovishness, I see that as a message which the market will find increasingly difficult to believe while this dramatic reflation period continues,” said Athey.

Concerns over rising inflation come after a Bank of America fund manager survey in March identified it as the biggest threat to portfolios, more so than the Covid pandemic.

Some 93% of fund managers said they expect rising inflation in the next 12 months — the highest proportion of respondents to identify it as the biggest tail risk since May 2004.

US bond giant Pimco said while the consumer price data “surprised on the upside”, it did not expect a spike in inflation.

“The US is undergoing a multi-month price-level adjustment, where higher inflation prints will prove to be temporary,” said Allison Boxer and Tiffany Wilding, US economists at Pimco.

“The key question the Fed will be monitoring is whether this temporary jump is meaningful enough to raise inflation expectations on a sustained basis and therefore result in more persistent inflation.

“For now, we don’t expect Fed officials would overreact to one month of volatile employment and inflation data. Instead, we believe they will be monitoring inflation expectations closely.”

Paul O’Connor, head of multi-asset at Janus Henderson, said the US inflation data “undoubtedly reflects temporary pressures related to surging commodity prices and widespread bottlenecks in the US economy”.

“While these effects should be expected to ease later in the year, as supply lifts to meet demand in many sectors, they are likely to remain intense in the months ahead, delivering some eye-catching data for financial markets to digest,” he said.

O’Connor added that Janus Henderson recently reduced its equity exposures across its multi-asset portfolios amid “emerging signs of US overheating”.

“Our equity portfolios remain tilted towards value stocks, which should continue to outperform in the reflationary economic environment that we foresee,” he said.

“We remain underweight government bonds and investment grade debt, preferring to tilt duration exposures towards infrastructure and property assets, which have some inflation linkage.”

Laith Khalaf, financial analyst at AJ Bell, said while the latest US inflation figures for April “are worrying”, the year-on-year increase included April 2020, when the first wave of the pandemic was in full swing.

“Nonetheless, markets are rattled by the prospect of rising inflation, and we could be witnessing the start of a new chapter for the global economy, characterised by prices rising sharply, rather than plodding along in the modest and benevolent manner of the last decade.”

Washington [US], October 3 (ANI): Some recent reports have claimed that the large camera housing on Apple's iPhone 14 Pro smartphones hinders the … END_OF_DOCUMENT_TOKEN_TO_BE_REPLACED

Hello again everybody and welcome to our live blog with all of the latest financial news coming out of the United States this Sunday, October 2. Our … END_OF_DOCUMENT_TOKEN_TO_BE_REPLACED

October 2022 Listing your home for sale is a marathon, but there are some easy tips and tricks to get ahead of your competition. Some of the easiest … END_OF_DOCUMENT_TOKEN_TO_BE_REPLACED