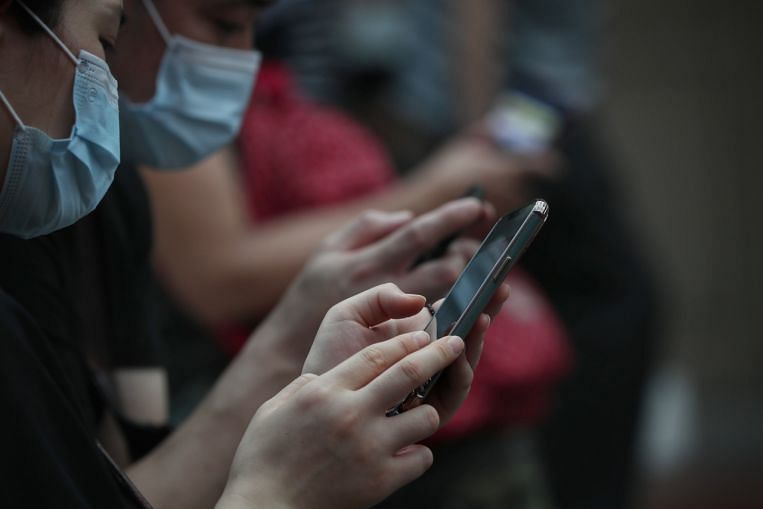 SINGAPORE – Amid the Covid-19 pandemic last year, the volume of malware detected globally for mobile devices such as smartphones jumped 15 per cent compared with 2019.

And the number of new mobile malware programs detected in 2020 spiked by 88 per cent, based on figures cyber-security firm McAfee provided to The Straits Times last week.

Moreusers in Singapore have been found by recent surveys to be lax with security on their mobile gadgets even as many consumers and businesses have gone digital during the pandemic.

“Cyber criminals are getting more and more sophisticated, and they’re always on the lookout for easy targets through the channels consumers spend the most time on. And increasingly, this means our mobile devices,” said Mr Shashwat Khandelwal, McAfee’s head of consumer business for South-east Asia.

“With the boom in digital banking, e-commerce and mobile payment, our smartphones are now gateways to our credit card details, personal data and more. This makes cyber threats targeted at mobile devices a much more lucrative and enticing business for malicious actors.”

In Singapore, the total value of mobile payments made through smartphone apps more than doubled last year to US$2 billion (S$2.7 billion), according to research firm Statista.

The latest figures from McAfee also showed that mobile malware could be rising this year too. In the first quarter, there were 46 million mobile malware programs detected by the firm globally, up 23 per cent from the same period last year.

As for new mobile malware, McAfee found 2.3 million in the first three months of this year, up 73 per cent from a year ago.

The rising threat of mobile malware contrasts with more people here who are not taking steps to protect themselves.

Findings released last week by the Cyber Security Agency of Singapore showed that 78 per cent of people here understood the risks of not having cyber-security apps installed on their mobile devices, such as anti-virus software and Web-filtering apps.

But just 39 per cent said they installed these apps last year, down from 47 per cent the year before.

A McAfee commissioned online survey of 1,000 people here in April also found that about three in five consumers in Singapore said they do not know or do not feel secure when it comes to their mobile security. About a third said they have a clear understanding of the information stored in their mobile devices.

Mr Khandelwal explained that previously, malware was thought to be a threat to computers alone.

“But as mobile devices evolve quickly and become the powerful computing devices we know today, they are now a prime target for cyber criminals,” he said.

He added that smartphones are now an integral part of people’s lives so “many consumers may not even think about the cyber threats involved”.

“Some may not even consider what the data stored in their smartphones is worth, and the long-lasting consequences should their devices be compromised,” Mr Khandelwal said.

The University of Plymouth, the AHSN Network and Boehringer Ingelheim, has launched evidence-based recommendations to drive inclusive digital health … END_OF_DOCUMENT_TOKEN_TO_BE_REPLACED

This year’s Rising Stars of Private Equity has been published at a time of great uncertainty for the sector, as the young professionals on our list … END_OF_DOCUMENT_TOKEN_TO_BE_REPLACED

If you know of local business openings or closings, please notify us here.PREVIOUS OPENINGS AND CLOSINGS· Air Products and Chemicals Inc.'s chosen … END_OF_DOCUMENT_TOKEN_TO_BE_REPLACED